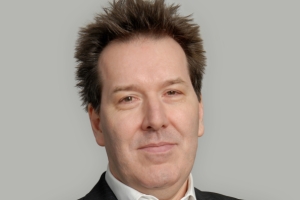 Topic: When the money runs out: The end of Western Affluence

Mr. KING feels that the Western world has experienced extraordinary economic progress throughout the last six decades, a prosperous period so extended that continuous economic growth has come to seem normal. But he warns that such an era of continuously rising living standards is an historical anomaly. He will aim to show that the Western world has made promises to themselves that are only achievable through ongoing economic expansion. The expected future benefits – pensions, healthcare, and social security, for example – may be larger than tomorrow’s resources. And if that point is reached, which promises will be broken and who will lose out? The lessons of history offer compelling evidence that political and social upheaval are often born of economic stagnation. Mr. KING will addresses these lessons with a multifaceted plan that involves painful – but necessary – steps toward a stable and just economic future.

Stephen D. KING is Group Chief Economist and Global Head of Economics and Asset Allocation research at HSBC. He is a member of the UK government’s Asia Task Force and writes regularly for the Financial Times and The Times. He lives in London.