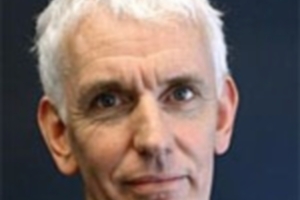 Steve CRAWSHAW will ask if we believe too little in the power of change — a question which now seems especially relevant in the context of recent events in Tunisia, Egypt and elsewhere in the Middle East.

He will share with us his accounts in his co-authored work, “Small Acts of Resistance: How Courage, Tenacity and Ingenuity Can Change the World”, which is a collection of more than 80 surprising and often little known stories from all over the world, from televisions in wheelbarrows in Communist Poland to the subversive singing of a national anthem in military-ruled Uruguay and activities in Burma and China today.

Mr. CRAWSHAW is international advocacy director of Amnesty International. From 2002 to 2010 he worked for Human Rights Watch. Before that he worked as a journalist, joining the Independent at launch in 1986. He reported for the Independent on the east European revolutions, the collapse of the Soviet Union, the Balkan wars, and the 1997 handover of Hong Kong. Other stories included interviewing Slobodan MILOSEVIC and Aung San Suu Kyi. His previous books are Goodbye to the USSR (1992) and Easier Fatherland: Germany and the Twenty-First Century (2004).