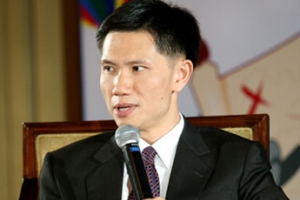 Thailand’s political brinkmanship has reached a crescendo. Violence between the red-shirted United Front for Democracy Against Dictatorship and the security forces under Prime Minister Abhisit VEJJAJIVA and the army have claimed 28 lives since demonstrations began in mid-March. More violent clashes could be on the cards should the red-shirt protesters not support Prime Minister Abhisit’s proposed election timetable for polls to take place in November. An election may be an immediate way out of the crisis, but a long-term solution will require Thailand to address properly a host of structural issues.

These dramatic developments have been the culmination of Thailand’s spiraling crisis and confrontation over the past five years. They are symptoms of a wider transition and transformation of its democratic development and monarchical succession. Thailand has landed in uncharted waters where continuity is needed at a time when change cannot be denied. It is in a deep-seated socio political withdrawal that accompanies the dusk of a remarkable reign. Picking up the pieces will require compromise and the development of a new consensus.

Thitinan PONGSUDHIRAK is a political scientist at Bangkok’s Chulalongkorn University and a recent visiting fellow at Stanford University’s CDDRL-Humanities Center A frequent commentator in the international media on Thailand’s political turmoil, he received his doctorate degree from the London School of Economics and a master’s from the School of Advanced International Studies of the Johns Hopkins University.