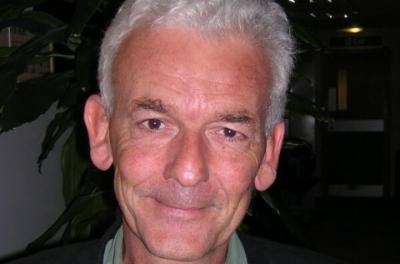 In one of the most remarkable adventures of the Second World War, Admiral Chan Chak and more than sixty British companions broke out through the Japanese lines within hours of Hong Kong’s surrender on Christmas Day 1941. They sped by torpedo boat through the night to Mirs Bay and marched for four days across occupied China to freedom. The one-legged admiral and the survivors from the naval party reached home after travelling over land and sea for five months. The escape was hailed as an unprecedented example of Sino-British cooperation and the admiral was knighted.

Tim has written a new book, Escape from Hong Kong, on the above topic. He will give an illustrated talk on the escape, focusing on who the different members of the party were and how they came to be among the lucky few who got away. Highlights of Tim’s 23-year career at the BBC included covering the 1989 events in Tiananmen Square during a two-year stint as Beijing Correspondent for the World Service and making a 6-part radio series on the history of Hong Kong to mark the handover. (Tim and his wife Alison — whose father Colin McEwan was a member of Admiral Chan’s party — retraced the escapers’ 80-mile route to Huizhou on foot three years ago and have since returned for a commemorative visit with some seventy other descendants of the original escape group).