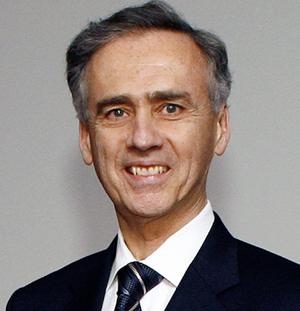 Tom CURLEY will discuss the crisis facing the global news industry and show how the changing media environment provides opportunities to allow companies to continue supporting authoritative, original journalism. How can we protect original news content from unauthorized use? How do we improve access to the news by its consumers? And how do we develop new, profitable business models that strengthen newsgathering? Mr. CURLEY will offer a roadmap and explain how an initiative being led by The Associated Press is working to help the industry achieve its goals through a “News Registry” that would track who uses news content and how they use it.

Tom CURLEY is the 12th person to lead The Associated Press, the world’s largest and oldest news organization, since its founding in 1846. Under his leadership, the AP has charted an international strategy to capture the growing audience for digital and video news in a rapidly changing media world. CURLEY also has worked to deepen AP’s longstanding commitment to the people’s right to know and serves as one of the United States’ most aggressive advocates for open government. CURLEY was named president and chief executive officer of the Associated Press in 2003. He previously was president and publisher of USA Today, the nation’s largest-selling daily newspaper. From 1998 he was also senior vice president of the newspaper’s owner, Gannett Co., Inc., publisher of 100 daily newspapers in the United States. CURLEY holds a political science degree from Philadelphia’s La Salle University and a master’s degree in business administration from Rochester Institute of Technology.