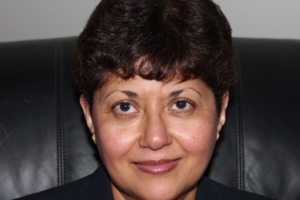 Topic: Game Changer: how subsidies to Chinese Industry altered the World as we knew it

For the past five years or so, Usha HALEY has asked: Why did China frequently move in a couple of years, in capital-intensive industries with no labor-cost advantage, from bit player and net importer to the largest manufacturer and the largest exporter in the world? Why have so many industrialized countries become primarily exporters of commodities and scrap to China? And how is this affecting business strategies and national competitive advantage? Usha HALEY will speak on her book, “Subsidies to Chinese Industry: State Capitalism, Business Strategy and Trade Policy”, and hopes to answer some of these questions and more. She argues that industrial subsidies contributed significantly to China’s success. Industrial subsidies in key Chinese manufacturing industries may exceed thirty percent of industrial output. Economic theories have mostly portrayed subsidies as distortive, inefficiently reallocating resources. However, China’s state-capitalist regime uses subsidies to promote the government’s and the Communist Party of China’s interests.

Usha HALEY has testified on Chinese subsidies to the US-China Economic and Security Review Commission, US Congress Committee on Ways and Means, US International Trade Commission, US Department of Commerce and US Trade Representative. Her research on Chinese subsidies has supported regulation in the USA and EU. In 2012 she received the Academy of Management’s Practice Impact Award for scholarly impact. In 2011, the Economist featured her as Thought Leader on emerging markets. In 2003, the Literati Club gave her a Lifetime Achievement Award for contributions to understanding business in the Asia Pacific. She has lived and worked on five continents and is currently Professor of International Business in New Zealand, though moving very shortly to assume a new position as Professor and Centre Director at a major US university.