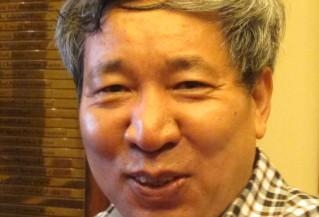 YAN Lianke, one of China’s most prolific and controversial writers, believes Chinese literature is not short of marvelous stories and skillful writers; what China lacks, according to YAN, is writers with courage to tackle twisted morality and exercise social responsibility. The political climate in China today for writers is actually much better than 30 years ago. While being censored in China is a badge of honour of sorts, YAN argues that writers must face reality in their work and transcend politics. He will talk about his own paradoxical experience with the censorship system to illuminate the absurdities and complexities of modern China as well as explain how international media can help beleaguered writers.

The talk will be in Mandarin with English translation.

Born into a poor rural family in the 1950s, YAN Lianke joined the army to escape rural poverty. He began writing about military life but in the 1990s turned his attention to rural China. Banned in China, his book Serve the People is a sex farce that gives a new meaning to Mao’s anodyne slogan. Dream of Ding Village – short listed for the 2012 Man Asia Literary Prize and the Independent foreign fiction prize – is a traumatic journey into the AIDS villages of Henan.