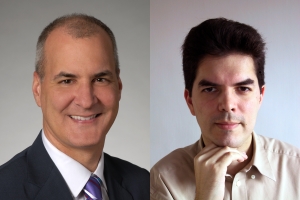 A proposed change to the Companies Ordinance would withhold crucial details of company directors from the public record, a move which raises grave concerns among journalists, lawyers, bankers, accountants, investors and others. Many in the business sector don’t want to see the disappearance of a vital safeguard against the many frauds that can take place when people’s true identities and backgrounds cannot be ascertained. But the government says existing policy raises privacy issues. Our guest speakers will share their views on the amendment to company searches and whether this bodes ill for Hong Kong’s reputation as a place for transparent business transactions. The government was invited to send a speaker but it said that no one was available on Tuesday; they hoped, however, to send someone at a later date.

Mr. WEBB retired from banking in 1998 to focus on his investments in HK-listed small-caps and to establish Webb-site.com, a non-profit platform for better corporate and economic governance in Hong Kong. He has been a member of Hong Kong’s Takeovers and Mergers Panel since 2001, and was an elected independent director of Hong Kong Exchanges and Clearing Limited from 2003 to 2008, when he resigned over corporate governance issues.