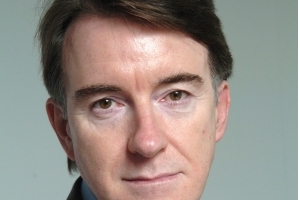 Together, Tony BLAIR, Gordon BROWN and Peter MANDELSON were the founding architects of Britain’s New Labour party. Now, Peter MANDELSON, one of the most controversial politicians of modern times, talks about life on the inside of the legendary triangle.

Forced to resign from Cabinet twice in three years, Peter MANDELSON has cut a divisive figure through British politics, but his time as Secretary of State for Northern Ireland gained him many supporters. Peter MANDELSON was the European Trade Commissioner, and heavily involved in crucial trade negotiations with China before being brought back into British politics by Gordon BROWN in 2008 to serve as Secretary of State for Business, Innovation and Skills, and as First Secretary.

The Third Man has ruffled many feathers. It is his story — of a life played out in the backroom and then on the frontline of the Labour Party during what he terms the ‘soap-opera’ years of the Labour government.