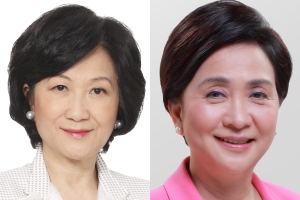 FCC: Occupy Hong Kong: Is it Worth Shutting Down the City to Achieve Universal Suffrage? What is the Future of Hong Kong?

As massive pro-democracy protests continue in major districts in the city including Admiralty and Mongkok, these extraordinary scenes have shown the government, China and the rest of the world that the desire and determination for free and fair Chief Executive elections in Hong Kong resonates with the majority of the public. Yet the consequences of the ‘umbrella movement’ are also being felt: many stores have shut or closed early; several banks in affected areas have temporarily closed; tourism also been significantly disrupted. Uncertainty over the territory looms which begs to question Occupy Hong Kong’s impact on the Special Administrative Region now and in future: is it worth paralyzing huge swaths of the city to achieve genuine universal suffrage? Will Beijing ever relent? What does this all mean for political reform in China itself? Most of all: what is the future of Hong Kong?

Regina Ip is a Hong Kong lawmaker who dedicated nearly 30-years to public service. She joined the Hong Kong Government in 1975, rising to the position of Secretary for Security and resigned in 2003. On her return from further studies in the US, she established a think tank, Savantas Policy Institute in 2006. Ip was elected as Member of the Fourth Legislative Council in 2008 and was re-elected in 2012. She founded New People’s Party in 2010, and was appointed as Non-Official Member of the Executive Council in 2012.

Emily Lau is a veteran lawmaker, currently a member of the Legislative Council,Chairperson of the Democratic Party and a member of the China Human Rights Lawyers Concern Group. She was first elected to the Legislative Council in 1991. Throughout her political career, Lau has fought for democracy, human rights and the rule of law. Her ambition is for a democratically elected government in Hong Kong and in China.