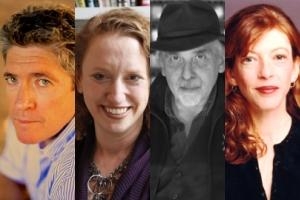 Report Release: What Next for Hong Kong? Global Perspectives on Free Expression

Writers from the PEN American Center in conversation on the ethics of literary expression and freedom in writing across the globe. PEN will also release a report on the situation of freedom of expression in Hong Kong over the past year.

Peter Godwin, PEN President – 2010 Guggenheim fellow and an award winning foreign correspondent, author, documentary filmmaker, and screenwriter. He was a foreign and war correspondent for The London Sunday Times and the BBC, and has reported from over 60 countries.

Art Spiegelman – In 1992, he won the Pulitzer Prize for his masterful Holocaust narrative Maus – which portrayed Jews as mice and Nazis as cats. Maus II continued the remarkable story of his parents’ survival of the Nazi regime and their lives later in America. In 2007 he was a Heyman Fellow of the Humanities at Columbia University where he taught a Masters of the Comics seminar.

Susan Orlean – Susan Orlean is the best-selling author of eight books, including The Bullfighter Checks Her Makeup; My Kind of Place; Saturday Night; and Lazy Little Loafers. She has been a staff writer for the New Yorker since 1992. Her work has also been published in Esquire, Rolling Stone, Outside, Smithsonian, and the New York Times.