Hong Kong’s deteriorating rule of law and human rights environment will come under the spotlight as the SAR is profiled in a landmark submission to the United Nations Human Rights Council (UNHRC) for the third Universal Periodic Review (UPR) on China. 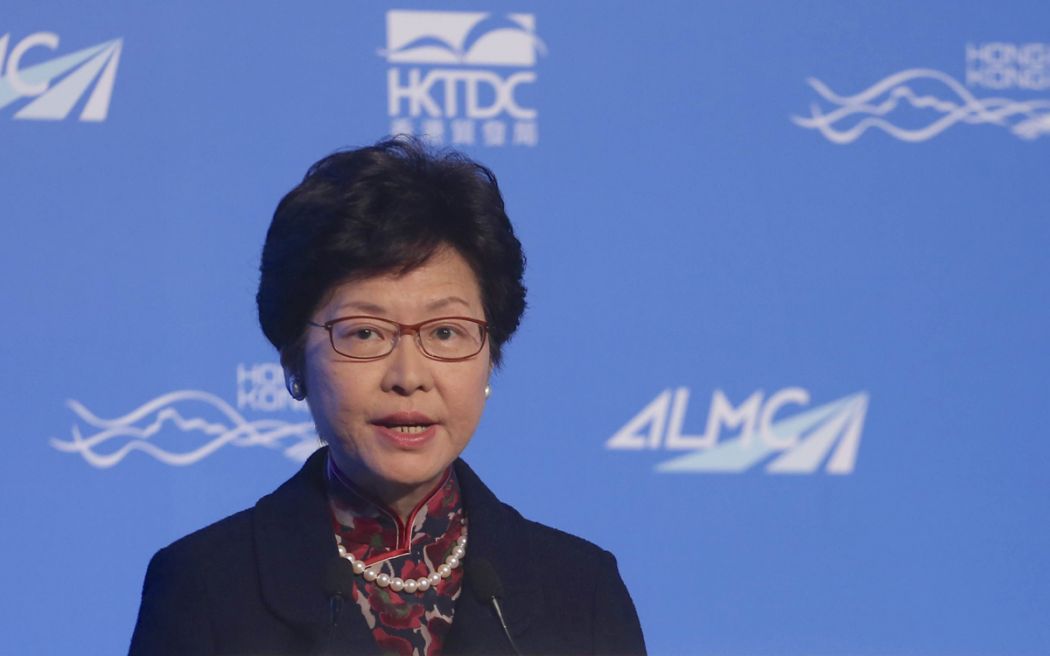 A review of the submission will take place in November.

“The increasing erosion of fundamental freedoms in Hong Kong will be under the international spotlight in the coming months. The UPR is an opportunity for the government to show it is serious in upholding its human rights obligations,” said Simon Henderson, the spokesperson for the Coalition and Senior Policy Advisor at Justice Centre Hong Kong.

Much has changed in Hong Kong since 2013 when the last UPR was held. Election candidates have been disqualified based on their political beliefs, booksellers have been abducted and detained, freedom of the press has deteriorated and civil society is increasingly marginalised.

Mr. Henderson added: “The submission provides a roadmap of specific, measurable and achievable recommendations for Hong Kong to abide by its human rights commitments and restore its international standing. Many reflect long outstanding recommendations by the United Nations which the Hong Kong government has ignored.”

The UPR is a unique process which involves a review of the human rights records of all UN Member States. The UPR is a State-driven process, under the auspices of the Human Rights Council, which provides the opportunity for each State to declare what actions they have taken to improve the human rights situations in their countries and to fulfil their human rights obligations.

The submission details 109 recommendations. For example, it calls for the government to:

“Our submission reflects the aspirations of the Hong Kong people who want to build a fairer and more equal society for all,” continued Mr. Henderson. “Importantly, it also echoes Chief Executive Carrie Lam’s vision of making Hong Kong a more inclusive city.”

Engagement with civil society is crucial to the UPR process. Unfortunately, quite often, civil society is on the sidelines when it comes to major legal and policy developments, in contrast to the Chief Executive’s pledge to “connect”.

“Having meaningful consultations, meeting regularly and promptly responding to correspondence will go a long way in engaging civil society.

“Hong Kong’s competitive edge is supported by respect for human rights and adherence to the rule of law. Civil society is a critical part of that process. Human rights are not a matter of ‘internal affairs’, but of interest to the international community.

“The UPR is a test for the government to show that it is truly committed to protecting Hong Kong’s core values. We look forward to working with the government to implement these recommendations,” he concluded.

The upcoming UPR on China, including Hong Kong and Macau, will take place in Geneva in early November 2018. The UPR Working Group, which consists of the 47 member states of the UNHRC, will conduct the review.

We are writing to express our disappointment in your failure to honour your promise to stop the government’s discriminatory policy against online-only media.

Journalists working in those media have been barred from attending at least two of your important press events, namely your first press gathering in your official capacity as the Chief Executive on July 3 and your press conference to introduce your team of principal officials on June 21.

The ban has contravened the press freedom charter that you have signed at an election campaign forum hosted by us. In the charter, you pledged to grant online-only media equal rights and access to government press functions.

Those arrangements have run against an earlier judgement by the Ombudsman Office that found the present ban unreasonable. The Ombudsman has called for flexibility in the accreditation of online journalists before a policy review is completed.

We appreciated that you and your campaign team have engaged online media in your campaign. Online journalists have been invited to attend all of your press events during the election campaign. By doing so, you have proved the so-called space and security concern raised by the Government in defending their ban is mere excuse. To keep the unreasonable and unjust policy towards online media after you took office unchanged is unacceptable.

We urge you to accept the Ombudsman’s recommendations in particular its call for flexibility. Before the completion of policy review, online-only journalists should be granted access to government press functions on the production of membership cards from the Hong Kong Journalists Association and the Hong Kong Press Photographers Association.

We look forward to your prompt response and are happy to discuss with you on the matter.

The Hong Kong Journalists Association today issued a statement on the Government’s decision to bar online media representatives from attending the press conference held by Chief Executive-elect Carrie Lam. Our stance is as below:
1. HKJA expresses deep regret and disappointment with the decision;
2. HKJA reiterates the existing policy contravenes the Basic Law and Bill of Rights Ordinance, which safeguard freedom of speech and the press. It is also unfair;
3. The Ombudsman has ruled the current policy unreasonable and suggested flexibility before completion of a policy review.
4. Chief Executive-elect Carrie Lam has signed a charter to uphold press freedom, in which there is a pledge to allow professional online media organisations to attend government press conferences and events. We hope she will honour her pledge at the earliest time.
Hong Kong Journalists Association
21 June 2017

In what was described by FCC journalist correspondent Cliff Buddle as an ‘ambitious’ manifesto, Woo Kwok-Hing set out his vision for a city which he said was broken by years of mismanagement at the hands of previous – and current – leaders.

Addressing a club lunch on January 24 that was packed with press, Woo Kwok-Hing began by lampooning his rival bidders for Hong Kong’s top job.

“Originally I was seeking to unseat the incumbent,” he said of his early announcement to stand, “but he suddenly changed his mind. For Hong Kong, Christmas came early on December 9.”

The outspoken judge also took aim at Carrie Lam, joking that she was ‘apparently learning to live like the rest of us’ in trying to master the use of an Octopus travel card, in reference to her appearing unfamiliar with how to use the card as she took the MTR to visit Ap Lei Chau recently.

However, Woo Kwok-Hing said he represented change for Hong Kong, declaring that as chief executive he would give every Hongkonger the opportunity to vote for their next leader by 2022.

“I have 20:22 vision,” he said, “because I am only aiming to be a one-term chief executive. I hope that the next chief executive will be elected by one man, one vote – universal suffrage.”

On hearing this, the gathered audience applauded.

He said his plan was to increase the number of voters in the nominating committee – currently 1,200 members who would choose form several candidates vetted by Beijing – initially to 250,000 voters, then to 1 million by 2022. This would eventually be expanded to 3 million plus voters to include all Hongkongers eligible to vote.

Among other pledges in Woo Kwok-Hing’s manifesto were:

Woo Kwok-Hing, when asked whether he would drop charges against the four pan-democratic legislative members involved in last year’s oath-taking saga, said as chief executive he wouldn’t have brought the charges in the first place.