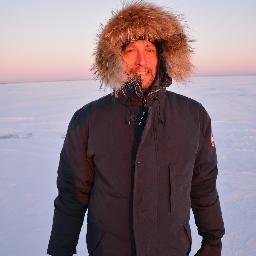 We went to Xinjian Cun on Monday, December 11. After about 20 minutes of interviews and talking to different people and migrant workers (who all were very open and willing to talk) a group of about 15 to 20 “Te Qin” security guys approached us and asked us to leave. We would have no sufficient permission to do those interviews. We insisted that in this case we wouldn’t need that and tried to go on with our work. But they repeatedly asked us to stop our interviews and wouldn’t leave us alone until we did that. We finally went to the car and headed to the neighbouring village to go on there.

When we went to Daxin, we had no problem at the beginning and the police would only look on while we worked. But after a few interviews, another policeman arrived and told us to go with him to the station “to receive a briefing”. Needless to say, we never received such briefing. At least we did not have to stay there for very long. After about 15-20 minutes a girl arrived, said that a press conference “may be arranged in the future”, told us to contact the Beijing city information office and drove us to where our car was waiting, making clear that we should leave. They took copies of our press cards, but so far we have not been told off or summoned by anyone.

By a correspondent with an American news organisation.

Two of us were detained back in early November in Xinjiang, lasting from approx. 6pm to 5am. We were told the typical line: reporting in the area required prior permission according to law. We pointed out that there exists no such Chinese law, and for the past decade or so foreign journalists have been free to travel unannounced outside the TAR. They basically retorted that that’s not applicable in Xinjiang or in their local jurisdiction due to the security situation.

We had booked train tickets out of town that night at 11pm but they refused to let us go. They requested to see our photos and we refused but after some negotiation they backed down and we didn’t hand them over. We called the foreign ministry several times starting at around midnight, and for a few hours they seemed to try their best to negotiate with the local public security and propaganda officials on our behalf. We were moved from the public security department to a local hotel lobby at 1am, where interrogation and a lot of waiting continued. We were released at 5am after they interrogated us about the sequence of events for the fourth time and took a written record which both parties signed as per common procedure. They refused to let us take a picture of it but we recorded a reporter reading it over the phone to the bureau chief in Beijing.

We boarded a train at around 5:30am. Later that day after we landed in a different city we were met with (and in my case physically grabbed by) propaganda officials outside an airport. We were closely followed for a day and that night, we were told that every hotel that could take foreigners were booked even though we saw multiple people check into empty rooms. The local entry-exit bureau also refused to make an exception for us to stay at a lower-grade hotel, leading us to wonder if it was a coordinated attempt to deny us lodging. Local officials insisted it was not. We were not permitted to fall asleep by a security guard but caught a few winks on two couches in a hotel lobby while local and prefectural propaganda officials took turns watching us from a third couch. One of the officials, who is Uighur, noted that “sometimes I am denied a hotel room when I’m traveling because I’m Uighur, but that’s how it is and I don’t complain.” We left before dawn for a sleeper train and roused from our sleep by train staff who were instructed to monitor us, which they did via walkie talkies whenever we moved through train cars or prepared to disembark.

We were detained several more times the rest of the trip; I was at one point pursued by three officials on foot. I’ve previously been followed, pursued and interrogated for even longer in China, but this Xinjiang trip was by far the worst experience. The authorities were relentless in pursuing us and obstructing our work.

By a correspondent from a western media outlet.

A correspondent from a western media outlet was called into the Foreign Ministry to discuss the reporter’s coverage of the evictions issue. They were told that while it was preferred that no more stories were done on this subject if there were to be any more they should be balanced and include the government’s perspective. The correspondent told them that repeated attempts to interview a Beijing government representative were declined by the government. The reporter was warned to guard against “Chinese public opinion” hardening against their stories however the meeting was friendly. The same correspondent (along with a Chinese staff member) were also called into the Exit Entry Police to discuss their coverage of the evictions issue. The police interviewed the two separately and recorded the interviews on video camera. The reporter was told they’d done nothing wrong but asked many questions about the basis for this coverage. It was a lengthy, polite discussion. The tone was friendly and the police said they merely wanted to better understand the situation. At one stage the officers asked if the reporter had sought the permission of local village officials to enter the eviction areas, in the same way that the managers of a danwei should approve an employee being interviewed. The journalist said that as this was a public space such permission did not seem necessary. The police at no stage specifically insisted that such permission was required under Chinese law.

The following is a statement issued by the Foreign Correspondents’ Club of China for its members.

The Foreign Correspondents’ Club of China condemns the harassment of and violence against a team of BBC journalists in Hunan province this week in an attempt to prevent them from reporting the story of a Chinese petitioner who was attempting to travel to Beijing to protest, ahead of the start of the National People’s Congress on Sunday.

Despite having the interviewee’s prior consent, BBC correspondent John Sudworth and his team were prevented from meeting her by a group of men who refused to identify themselves. The BBC journalists were assaulted and had their camera equipment broken.

Later, in the presence of uniformed police officers and government officials, the same men forced the BBC team to sign a written confession and apology, under the threat of further violence.

This violent effort to deter news coverage is a gross violation of Chinese government rules governing foreign correspondents, which expressly permit them to interview anybody who consents to be interviewed.

The FCCC is also alarmed that the BBC journalists were forced to sign a “confession” simply for carrying out their professional duties according to Chinese law.

The FCCC calls on the Chinese government and police to take steps to prevent foreign reporters who are legally allowed to work in China from being subjected to such violence and intimidation.

Journalists in China have reported increasing harassment by authorities. The 2016 FCCC survey of working conditions for correspondents, released last November, found increased use of force and manhandling by authorities against journalists performing their work. Some correspondents have also been called in to unspecified meetings with the State Security Bureau.

Harassment, detention and questioning of sources remains worryingly common. 57% of correspondents said they personally had been subjected to some form of interference, harassment or violence while attempting to report in China.