Hong Kong’s judiciary has lost its former efficacy and judges need to focus on remedies and practical issues rather than esoteric arguments, said Henry Litton, former judge of the Court of Final Appeal, in an FCC webinar.

“What I think one needs to do is to really just focus on the actual issues, rather than to give the entire narrative,” Litton said. “What has been happening in a lot of the cases is that the judges really are not focused anymore.”

In his new book The Dance of Folly, or How Theatrics Have Tainted the Rule of Law, Litton argues the judiciary has been weakened over the past two decades by a culture of verbosity and philosophising when what’s needed is a focus on practical matters.

“That is how the rule of law is supposed to work, not dissolving into clouds of words, of theories, of arcane analyses and so on which bear no relationship with the actual issue and problem on the ground,” Litton told FCC Journalist Governor Cliff Buddle.

He outlined five cardinal rules for strengthening the judiciary and rule of law: effective action, discipline of law, ensuring the law has a cutting edge, focusing on remedies and preventing courtrooms from becoming places of debate.

The former judge, who previously authored Is the Hong Kong Judiciary Sleepwalking to 2047?, said these changes are needed to ensure the survival of the city’s legal system in the coming years. He predicted that a decision would be made in the next five or six years on whether the common law system will be Hong Kong’s governing system beyond June 2047.

The courts adopting a more common sense approach would be seen as a favourable move by Beijing, Litton said, noting that the central government will ultimately decide the fate of the judiciary. He argued that a straightforward and effective judiciary would have a better chance of survival.

“For stability and prosperity, everyone everywhere would accept that when you have a legal system that actually works and functions, you should not dismantle it and try to replace it because there would be total chaos for many, many years, for generations maybe,” Litton said.

You can watch the full discussion below.

Former Court of Final Appeal judge, Henry Litton, dismissed as “total farce” the recent application for judicial review regarding the new high-speed rail terminus, highlighting it as an example of how Hong Kong’s judiciary is increasingly out of touch with its constitutional role. 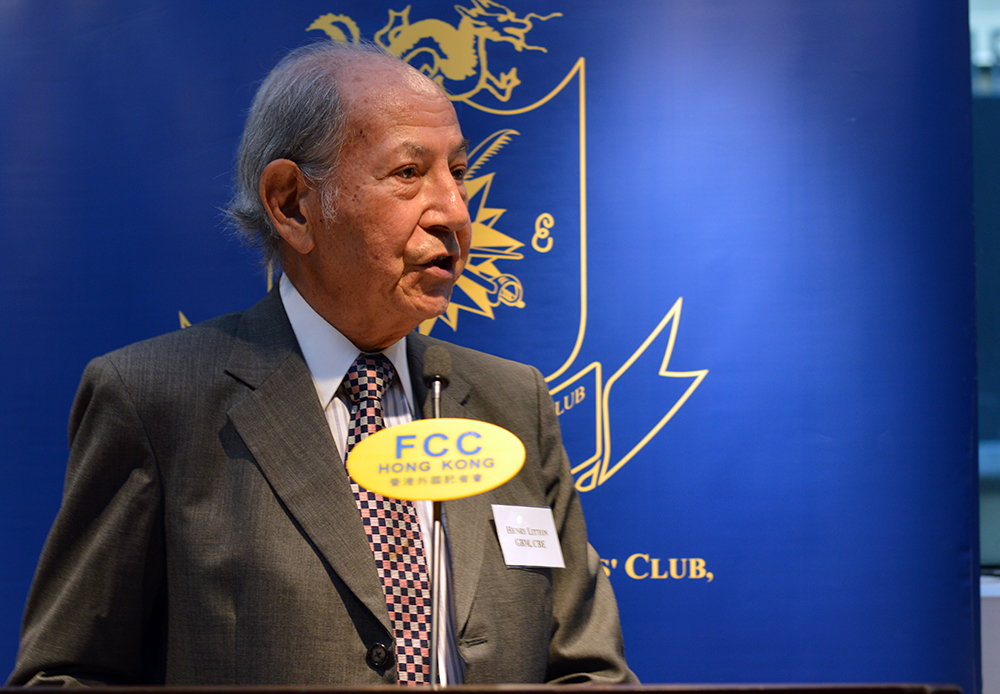 Speaking as he launched his book, ‘Is the Hong Kong Judiciary Sleepwalking to 2047?’ at the FCC, Litton said the case before the judge last year was merely four applications for leave to start judicial review proceedings, but had turned into “an elaborate charade signifying nothing except the vacuousness of court proceedings”. At its conclusion, the judgment was “massive – 56 pages”, said Litton, adding that such “such an approach to the case defies common sense”.

Litton, now an honorary professor at the University of Hong Kong Faculty of Law, said had the discipline of law been observed in this case, a judge would have heard it in chambers, and his first consideration should have been what practical remedy was possible.

“The common law is an effective legal system because it has always been a pragmatic one,” Litton said. “Its focus is on remedies and on practical results… But slowly, insidiously, over the past 20-odd years, that system has lost its effectiveness. Court proceedings tend to be dominated by lawyers’ arguments. The real issues get swept away in the flood of words. Common sense is submerged.”

Litton’s book, illustrated by cartoonist Harry Harrison, is a series of essays highlighting similar examples of what he feels are misinterpretations of the role of the judiciary.