Hong Kong will never have genuine democracy, but city can slow down the march towards authoritarianism – Benny Tai

It is the duty of every Hongkonger to defend the rule of law from the encroachment of authoritarian rule of law, said Benny Tai, warning that Beijing continues to move the “political red line” as it attempts to stamp out dissent. 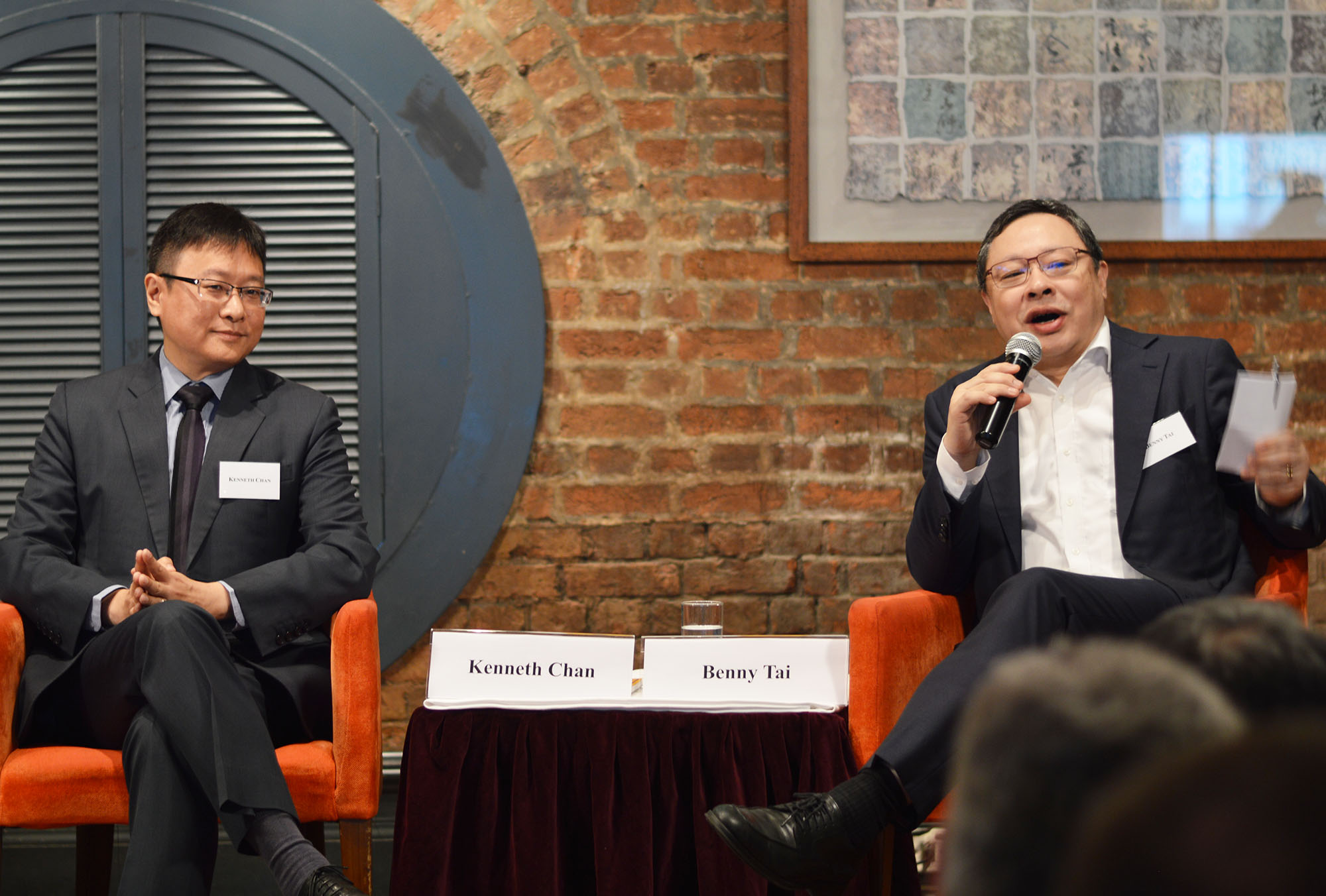 The co-founder of the 2014 Occupy Central movement which saw thousands bring the centre of Hong Kong to a standstill for two weeks as they demanded democracy, said the city would never have genuine democracy, but added: “I can still see hope. My hope is on the civil society in Hong Kong… I hope that we can slow down the process of authoritarianism in Hong Kong.”

Tai, an associate professor at Hong Kong University, was speaking at a debate alongside Kenneth Chan, former LegCo member for the Civic Party and associate professor of political science at Baptist University of Hong Kong. FCC President Florence de Changy told the sold-out June 12 club lunch that representatives from pro-Beijing camps, including Regina Ip and Holden Chow, were also invited to the debate on whether Hong Kong’s freedoms were under threat, but they had said they were not available.

The strategy of the Communist Party of China (CCP) was to authoritarianise Hong Kong by twisting the rule of law and legal procedures, Tai said. Responding to a question about the recent six-year jail term handed out to localist Edward Leung for his involvement in the Mong Kok riots, Tai said the sentence demonstrated an “over-emphasis on social order”.

He said: “Under the spirit of our common law system, judges have space to consider what was the reason behind the destruction of social order and the defendants’ intentions in terms of the law. I want to ask whether it would be wise to use the law to suppress all this dissatisfaction with the existing order, without dealing with the reasons why the people are rising up. If this is not addressed, then I can foresee there may be more conflicts in the future.”

Chan spoke of the pressures faced by universities in the city as they try to win funding from donors who are often pro-establishment. He admitted that Baptist University donors had threatened to “turn the tap off” because its students “were not behaving” politically.

He talked of the threat to academics’ jobs due to their social and political activism, adding that nobody should be removed from their positions for this reason. He added: “Looking forward I’m afraid I have to sound a little pessimistic because of the chilling effects coming down on each one of us.”

Chan described Hong Kong as a city where “increasingly you have to not look unpatriotic” before declaring: “Welcome to 1984, though this is 2018.”