The FCC Condemns the Attack on the Epoch Times’ Printing Presses

The Foreign Correspondents’ Club, Hong Kong strongly condemns the attack on the Epoch Times’ printing presses and calls for the perpetrators to be brought swiftly to justice.

The newspaper posted CCTV images of the four attackers smashing equipment with sledge hammers and said that they had threatened staff with violence during the early morning raid on Monday 12 April.

The FCC insists that media should be able operate freely without fear of violence in Hong Kong regardless of their political stance.

The Epoch Times’ printing plant was targeted in a similar attack during the Hong Kong protests in November 2019. 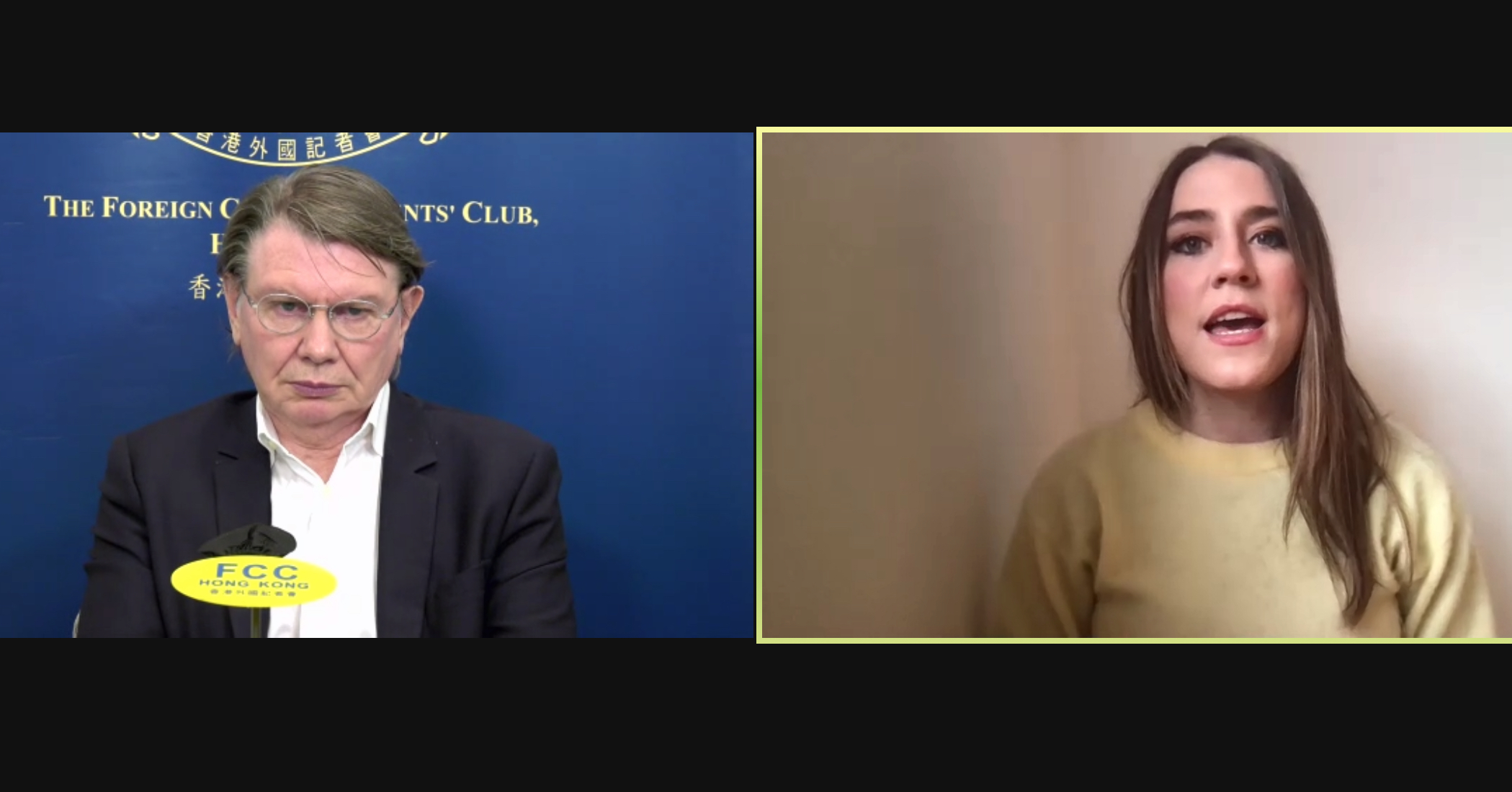 Misinformation and conspiracy theories may be considered problems that primarily affect social media and online discourse, but as BBC specialist disinformation reporter Marianna Spring explained in a Zoom talk hosted by the FCC, the negative consequences of viral falsehoods spill over into real life all too often.

“I’m sure from watching what happened on the 6th of January, now the world has a better understanding of how online conspiracies and extremist movements can inspire real-world violence and cause serious harm,” Spring said, referring to the U.S. Capitol insurrection.

Describing the pandemic as a perfect opportunity for spreading misinformation about health and vaccines, Spring spoke about interviewing people who have lost loved ones due to dissemination about falsehoods related to the coronavirus. She added that online conspiracy theories have had other nefarious effects on people’s lives.

“There are people I’ve spoken to who’ve had relationships destroyed, friendships ruined, marriages ended because of the impact that these conspiracy theories can have and the extent to which they can radicalise people,” Spring told FCC First Vice President Eric Wishart, who moderated the discussion.

Spring, who is featured in Forbes’ just-released 30 Under 30 list, is the BBC’s first specialist reporter focusing on disinformation. Her work humanises the cost of misinformation and the impact of conspiracy theories such as QAnon, an American conspiracy network which Spring said has gone global by tapping into different communities’ concerns and fears.

As Spring explained during the talk, one of the consequences of her work has been online violence, including a torrent of messages and posts filled with misogynistic language. She also described the surreal experience of her first QAnon “pile-on”: she was eating pizza and having a pint with a friend and started receiving messages in which strangers called her a Satanic paedophile who kills children and eats babies, among other things.

“The more reporting I do, the more abuse that I receive,” Spring said, noting that she had recently received threats which she had to escalate to the police. “There have been some quite scary incidents involving my personal safety.”

In spite of these personal safety issues, Spring said she was grateful for her job and for what she’s learned so far, including the importance of reporting with empathy.

“I think it’s really important to try and understand why people fall victim to online conspiracy theories to better realise the structural problems,” she said, “whether that’s to do with social media sites, governments, or with other things that have led us to this point.”

In doing so, Spring said she was offering something that pure debunking of falsehoods cannot provide.

“Fact-checking alone is not enough and what I do complements that,” Spring said. “I try and put a human face to the impact that online conspiracies have and the harm they can cause, and I hope in that way, I engage perhaps people who wouldn’t traditionally turn to fact-checking.”

“I do believe that we need to find patterns of cooperation with China,” Hill said. “I think China is the number one foreign policy issue that this administration has to deal with, and with the understanding that we can no more change China than China can change us.”

The former Assistant Secretary of State for East Asian and Pacific Affairs, who is currently an adjunct professor at Columbia University’s School of International Public Policy, spoke on a range of topics relating to the U.S.-China relationship including Taiwan, the Quadrilateral Security Dialogue, trade agreements and the South China Sea.

Ambassador Hill said that he didn’t think the possibility of a military conflict in the region was imminent or even likely, though he acknowledged the possibility for surprises. “If you look through history at various wars and conflicts, accidents are often among the causes,” he told FCC President Keith Richburg during the talk.

One crucial area of cooperation for the two countries to focus on is North Korea’s nuclear weapons programme, said Hill, who was the head of the U.S. delegation to the Six Party Talks.

“I think we need to see if we can come to an understanding with the Chinese that we need to get North Korea to abandon these weapons,” Hill said, adding that the key task at hand was to make the case that the country would have a better future without nuclear weapons.

He also said that Pyongyang’s ultimate goal is to remove the American presence in South Korea.

“I think the North Koreans have the kind of vague notion that if they can just get the U.S. troops off the Korean Peninsula, somehow things will go more their way,” Hill said. “They need to be disabused of that in a big hurry.”

Commenting on the situation in Myanmar, Ambassador Hill described it as “an extremely frustrating issue” and called for multilateral cooperation to address the country’s crisis following the recent military coup.

“We need a lot of discussions in the region including with India and China and, of course, our ASEAN partners,” Hill said.

“We need Myanmar to understand that this is leading nowhere and no one supports them in the direction they’re going.”