China’s income disparity and environmental degradation are the biggest challenges currently facing the ruling Chinese Communist Party at the 100th anniversary of its founding, said Shanghai-based venture capitalist and political scientist Eric X. Li, who vigorously defended the party’s style of government while expressing doubts about liberal democracies around the world.

In a spirited Zoom webinar moderated by FCC President Keith Richburg, Li said the CCP had embarked on its third “reinvention” since winning power 72 years ago and transitioning to a government party and then embarking on an openness and reform policy in 1979. This latest reinvention, he said, is driven by a desire to tackle income inequality and achieve a more “balanced growth.” He added that a focus on repairing the environment was a second major priority.

He said that Western countries such as the United States need to be less arrogant, then went on to dismiss the suggestion that the CCP needs to legitimize its rule through elections or referendums because such processes have caused dysfunction and paralysis in liberal democracies.

Asked why the CCP has little tolerance for dissent or criticism, Li countered that there is plenty of debate and difference of opinion in China, including among the party leadership. But he argued that the dissent found in liberal societies has no place in China.

“Just look at the countries that have it: they’re not being governed very effectively, they are polarized, their people hate each other, their media hate each other,” Li said. “We don’t want that.”

He also defended the more assertive, sometimes bombastic, stands by Chinese officials on social media — sometimes referred to as “Wolf Warrior diplomats” — saying Westerners were simply not used to Chinese standing up and loudly speaking back against criticism.

“They’re seeing their country being demonized by Western politicians and media, and they’re reacting to it for the first time in many decades,” Lis said. “You’d better get used to it.”

Aside from issues of income inequality and the environment, Li argued the CCP needs to steer younger generations away from populism and nationalism toward “productive socialism” and “healthy patriotism.”

“If it can do this, it will deliver on the material and spiritual aspirations of China’s new generations and, as a result, stay in power for a very long time to come,” Li said. “Success is not assured, but I wouldn’t bet against it.”

On the day that Apple Daily published its last edition following 26 years of operation, CNN’s Brian Stelter said in a webinar hosted by the FCC that journalistic solidarity is needed in challenging moments such as these.

Speaking to FCC press freedom committee co-chair Eric Wishart, Stelter said that the shuttering of a newspaper like Apple Daily is something that resonates around the world and should be taken note of by an international audience.

“I would say solidarity is a critical component of this,” said Stelter, the anchor of Reliable Sources and author of the newly updated paperback version of Hoax: Donald Trump, Fox News, and the Dangerous Distortion of Truth.

Asked if Apple Daily’s closure would resonate with people in the United States, he said that there would be some awareness but not enough, and that issues of press freedom in general deserve a bigger audience.

“We also have to tell the global story, that this is something that we’re seeing erosion [of] in many countries. All of us, including me, have to work on that,” said Stelter.

Watch the full conversation below:

The Foreign Correspondents’ Club, Hong Kong wishes to express its deep regret at the announcement of the closure of Apple Daily.

Apple Daily has been a vibrant member of the Hong Kong media landscape for more than quarter of a century and a widely read source of information for many in the city.

The closure is a blow to the journalism community in Hong Kong and raises legitimate concerns over the future of press freedom in the city. It comes after government authorities froze its assets and arrested several top editors.

The closure also has a major social impact and will leave hundreds of journalists, editorial production staff and other employees involved in the publication and distribution of the newspaper unemployed.

The FCC calls on the Hong Kong media community to provide assistance for those now left jobless with the closure in finding new employment.

The Foreign Correspondents’ Club, Hong Kong is concerned over the arrest of five Apple Daily executives, including its editor-in-chief Ryan Law and deputy chief editor.

According to the Hong Kong police and media reports, the five were detained on suspicion of conspiracy to collude with foreign forces under the National Security Law and were undergoing questioning.

The FCC notes that the Hong Kong police’s search of the Apple Daily premises took place under a warrant “covering the power of searching and seizure of journalistic materials.” Press reports indicate that police searched journalists’ notes and files and accessed their computers.

We are not pronouncing on the legalities of the situation or today’s actions. However the Foreign Correspondents’ Club is concerned that this latest action will serve to intimidate independent media in Hong Kong and will cast a chill over the free press, protected under the Basic Law.

Professor Ivan Hung on the Pandemic in Hong Kong: “Hopefully we are seeing the end and there won’t be a fifth wave”

More than a year after the World Health Organization declared the spread of COVID-19 a pandemic, countries around the world are having vastly different experiences as vaccination campaigns continue, borders remain closed and fears about virus variants persist. In the United States, 50% of adults have been fully vaccinated, while in Hong Kong that figure hovers around 12% despite a surplus of available jabs. At the same time, mask wearing, quarantine and other restrictions have yet to be relaxed for fully vaccinated people in Hong Kong, despite other governments doing the opposite.

In a Zoom presentation hosted by the Foreign Correspondents’ Club, Professor Ivan Hung of the University of Hong Kong offered an in-depth update on the status of the global pandemic, covering topics including vaccinations, viral variants and asymptomatic transmissions.

“In Hong Kong, we have already come to the end of our fourth wave. It took us a long time over a period of five to six months to contain the fourth wave, said Hung.

“The latest, very small outbreak of the South African variant in the community has come to an end thanks to very tight infection control measures. Hopefully we’re seeing the end and there won’t be a fifth wave once we get our vaccination rate up.”

In September 2020, deteriorating relations between Australia and China led to a five-day diplomatic standoff during which the two remaining foreign correspondents employed by Australian media, Bill Birtles and Michael Smith, were evacuated from the PRC. In a Zoom event hosted the by the Foreign Correspondents’ Club and moderated by FCC President Keith Richburg, the two journalists shared their accounts of the days leading up to their escape.

“When the warnings first came from our government, we didn’t really quite believe it, we didn’t really take them too seriously. We actually thought they were playing politics with us, and that we didn’t need to get out of China at all,” said Smith. “It was all rather dramatic when things did escalate, and you get that knock on the door. There’s a lot of theatrics involved and I think it was designed to intimidate.”

One important factor was that both journalists were unaware that the homes of several Chinese state journalists had been searched by Australian officials several weeks earlier, and they had only just found out about the detainment of Chinese-born Australian journalist Cheng Lei.

“That’s why it came as such a shock, because a lot had been happening in the background and we weren’t privy to this information,” said Birtles.

Birtles described the surreal experience of having to prepare to leave the country and relying on fellow journalists to pack up his apartment whilst not trying to draw any media attention.

“There was this concern at the time from the Australian diplomats, of course, that if the story broke in the Australian media, then it might force the Chinese side to dig in,” said Birtles. “If we for example, are holed up taking shelter at these embassies, supposedly avoiding Chinese investigators in a national security case, then it would look like the Australian government’s interfering by preventing us from doing the interviews.”

Both Birtles and Smith have now published books about their experiences: The Truth About China and The Last Correspondent, respectively. Though they’ve had plenty of time to process what happened, they still feel surprised by how they ultimately had to flee the country in order to avoid potential incarceration.

“I never felt unsafe in China,” said Smith. “I always thought the worst thing that could happen to me is that I’d be deported, like a lot of American journalists have been.”

The Hong Kong Foreign Correspondents’ Club is accepting applications for the Clare Hollingworth Fellowship, named after the preeminent and path-breaking journalist. 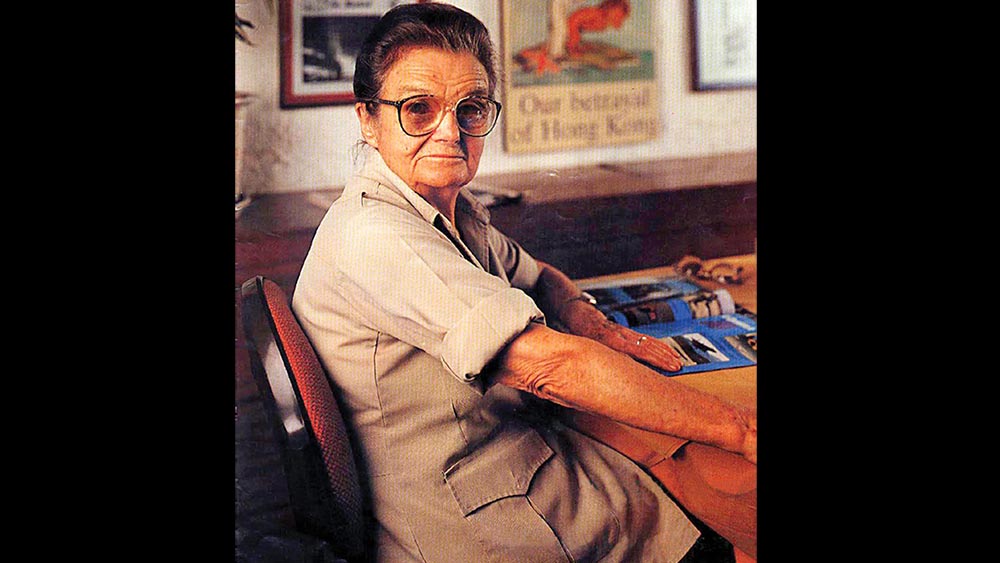 Ms. Hollingworth had a remarkable career as a foreign correspondent with the scoop of the century as a 27-year-old when she reported on Germany’s invasion of Poland in 1939. Ms. Hollingworth was also a treasured member of the FCC for more than 40 years who made significant contributions to the intellectual and professional life of the FCC.

Overview of key features of the fellowship:

For details on past fellows, please see below:

Candidates must meet all of the following criteria to apply:

Applicants are required to submit the following for their application in English language by 14 July, 2021. Only chosen candidates will be notified by writing. Late or incomplete applications will not be permitted. All files must be submitted in either PDF or MS Word format to [email protected] with the subject line as follows Attn: first name/last name of applicant, Clare Hollingworth Fellowship application: