News The Correspondent ‘Just as I came across a ra... 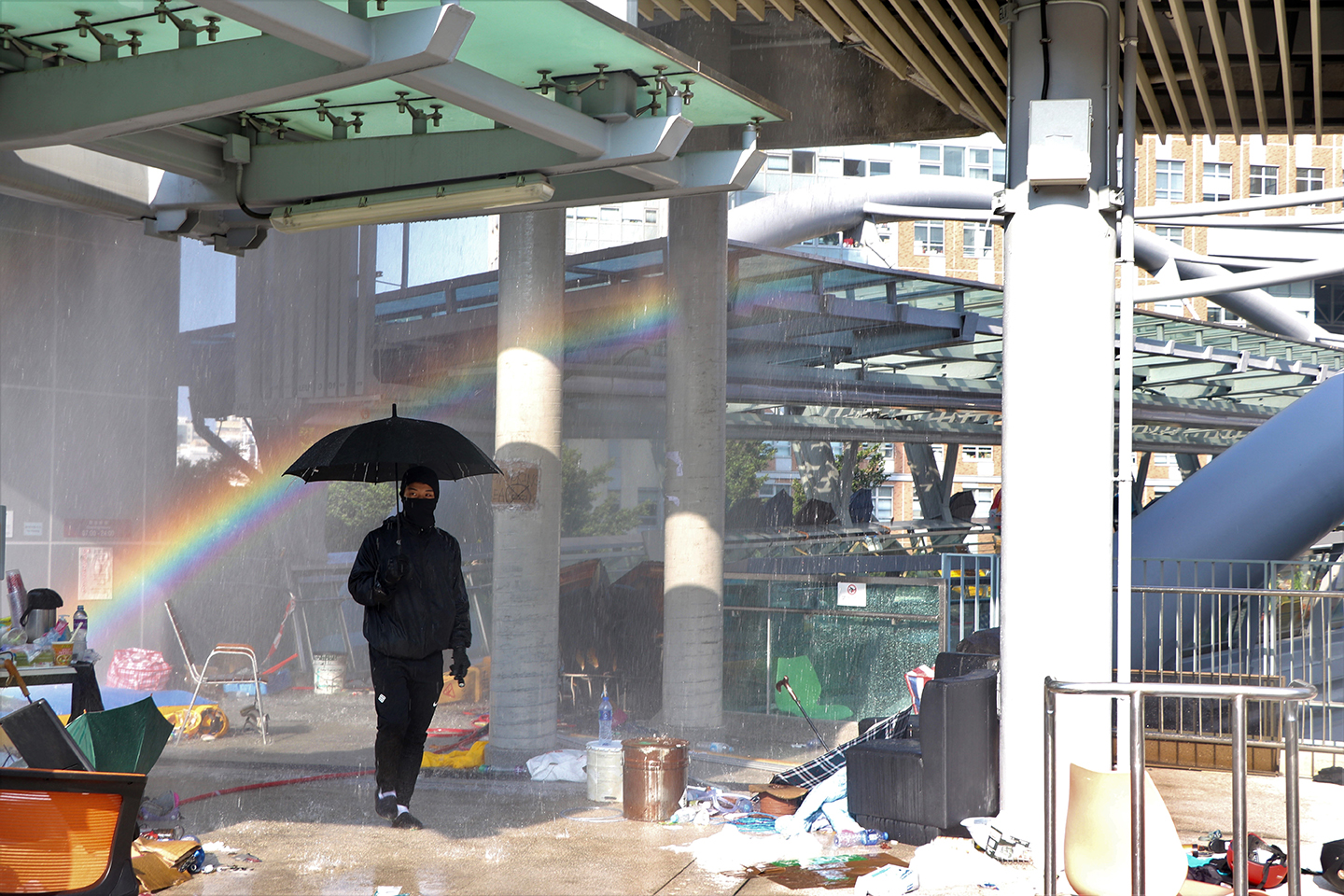 ‘Just as I came across a rainbow on the third day of the PolyU siege, I still have hope’

By any standards this has been an extraordinary year for Jessie Pang and Mary Hui to be the FCC’s first Clare Hollingworth Fellows. Here they share some thoughts on protests, the pandemic and press freedom. 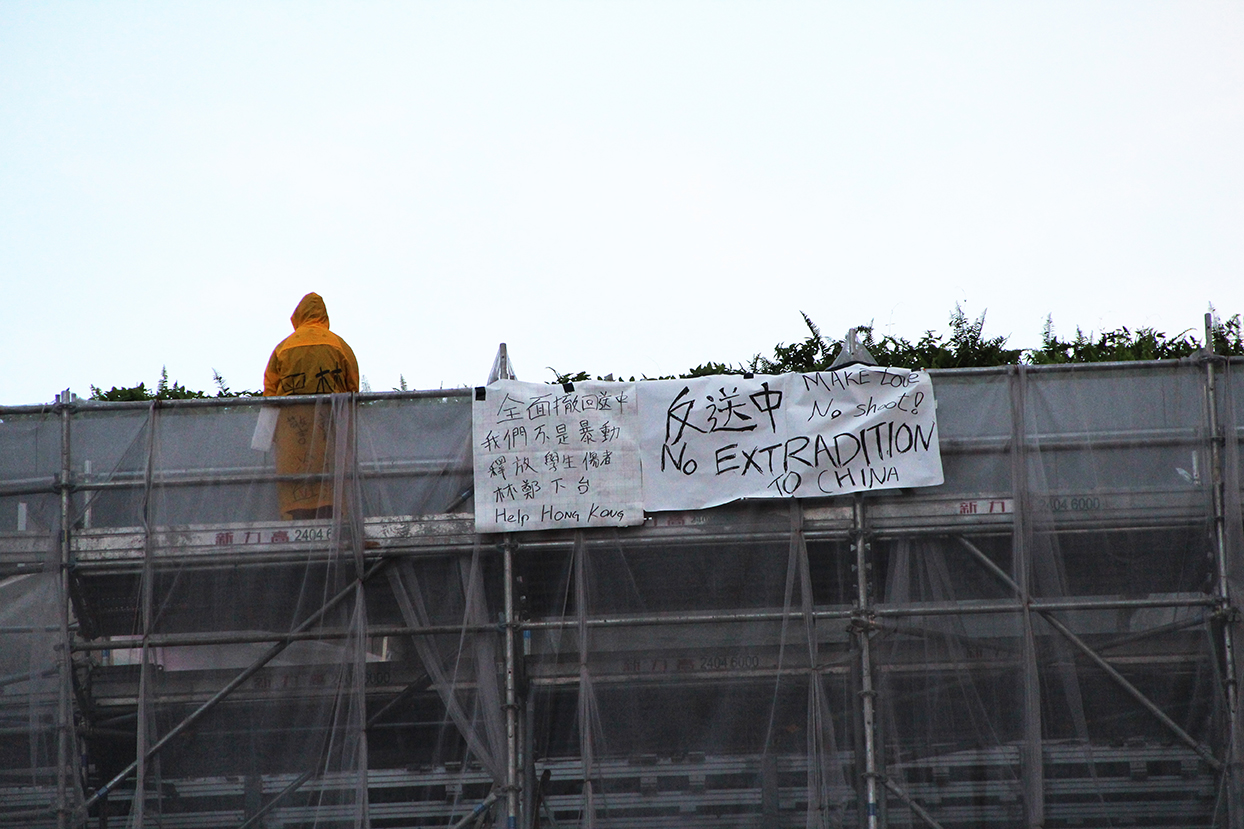 Marco Leung, 35, unfurling banners against the now withdrawn extradition bill on the rooftop of Pacific Place on June 15, 2019. He died after he fell from construction scaffolding

At the time of writing this reflection, Hong Kong has entered another watershed moment. Some Western governments, business leaders and international rights groups say Beijing’s national security law for Hong Kong is the beginning of the end for China’s freest city.

I didn’t realise what it truly meant to become a Clare Hollingworth Fellow until I found myself following in her footsteps. Just as Clare Hollingworth didn’t expect to cover wars or break the news of World War Two after being a journalist for less than a week, I never thought I would be reporting in the eye of the storm and witnessing my hometown turn into a conflict zone.

A rainbow forms near the bridge where protesters escape past riot police at the Hong Kong Polytechnic University (PolyU) campus that had been on lockdown for a week in Hong Kong, November 19, 2019

I was less than one year out of college when protests escalated. When I woke every morning, all I wished for was to become more experienced. Yet, here I was, covering the ebbs and flows of nearly daily protests and sometimes violent clashes between police and protesters on the frontlines for almost a year.

Every day presented new challenges. Like many of my fellow journalists and Hongkongers, I witnessed key moments throughout the protests. Those images are still vivid in my mind and motivated me to continue to report to the world the events as they unfolded in Hong Kong. 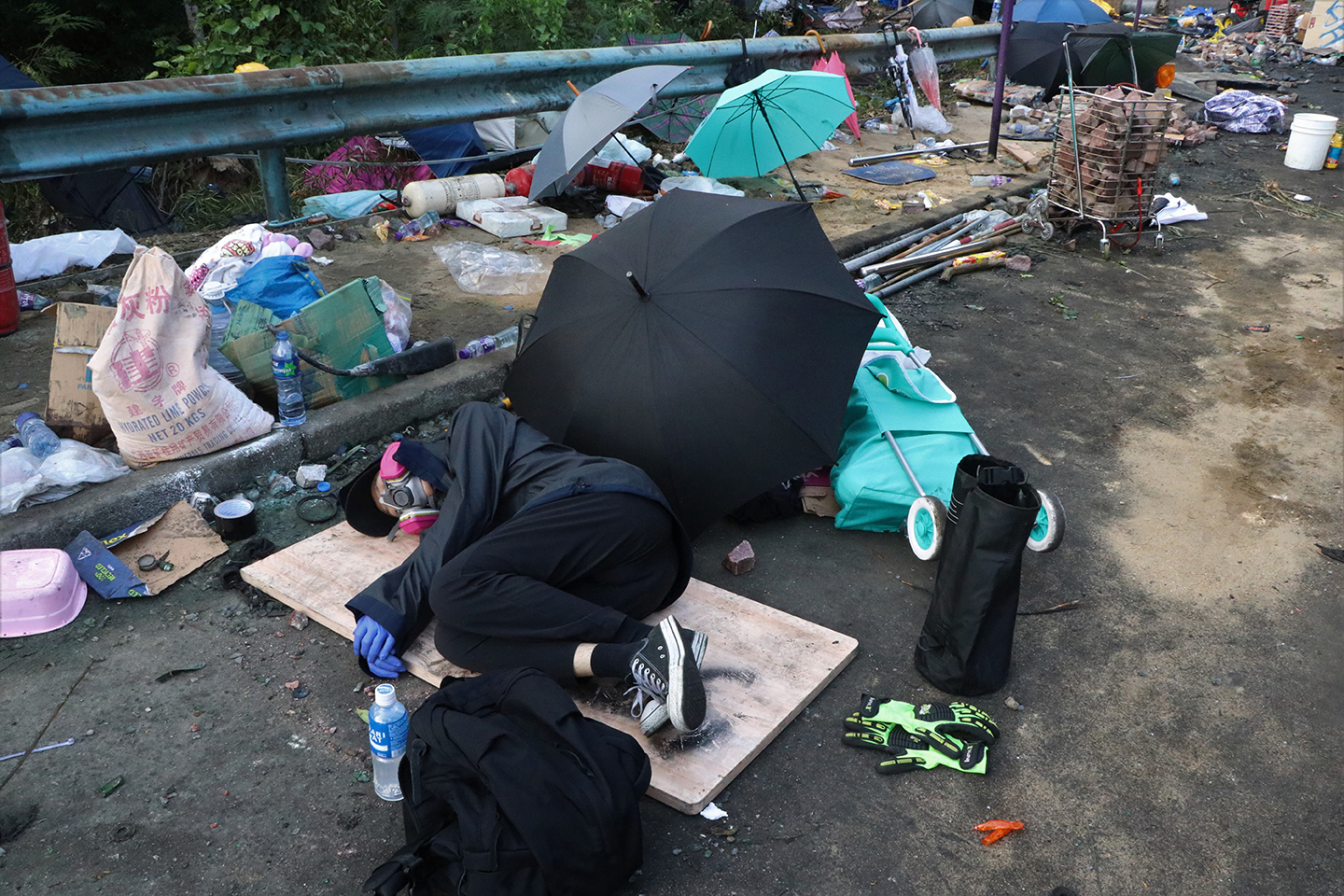 An exhausted protester sleeping on the No. 2 bridge of Chinese University of Hong Kong on November 13, 2019

I wish I had the chance to revisit some of those moments and faces and ask them: “How are you now?” or “Can you tell me your story?” 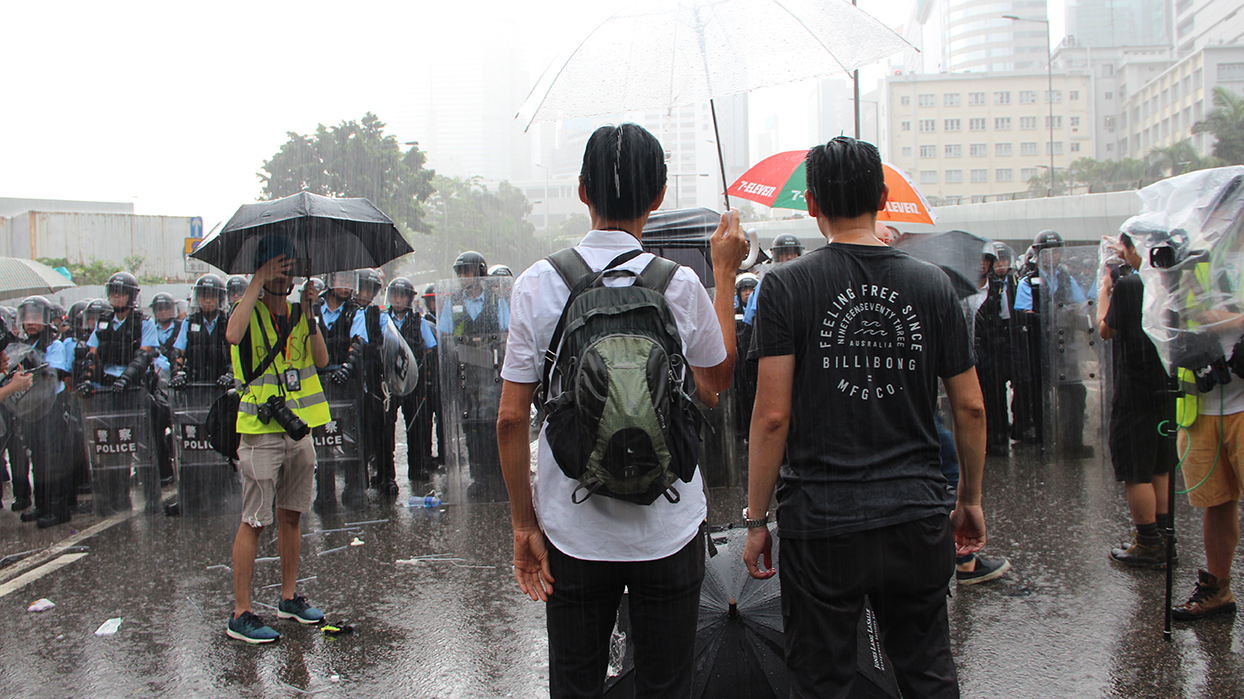 International rights groups say Beijing’s proposal to impose a national security law in Hong Kong has only exacerbated concerns over press freedom in the city and could have grave implications for civil and media liberties. Balanced and truthful reporting on Hong Kong has never been more important.

Just as I came across a rainbow on the third day of the PolyU siege, I still have hope.

I have met and become friends with so many talented journalists during the protests. I know that we, fellow journalists, will continue to pursue and present the truth impartially, to show the beauty and the complexities of our city, and to let people tell their story.

SWEPT UP BY A WAVE OF DISRUPTION 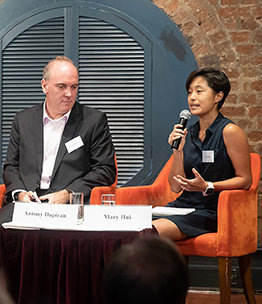 Hong Kong-based lawyer and writer, Antony Dapiran; and Mary Hui, a reporter for Quartz; at the FCC on July 10, 2019

Like everything else this year, the Club’s inaugural Claire Hollingworth Fellowship has been swept up in the world’s wave of disruption. We were just getting into the swing of organising panels for the annual Journalism Conference when the prudent decision was made to postpone the event. Soon, social distancing regulations were tightened, and I avoided going to restaurants and bars altogether. Close contacts were also kept to a small circle of people. The handful of Club events that I did attend were lunch panels over Zoom. Such is 2020.

Still, even as the fellowship draws to a close, I look forward to continuing as a member of the club and joining the Club’s Press Freedom committee.

Congratulations to Jennifer Creery of Hong Kong Free Press and freelance reporter Tiffany Liang who have been named as the Clare Hollingworth Fellows, 2020-21. Interviews with the award winners will appear in October’s The Correspondent.