News News Alan Loynd on His Career at... 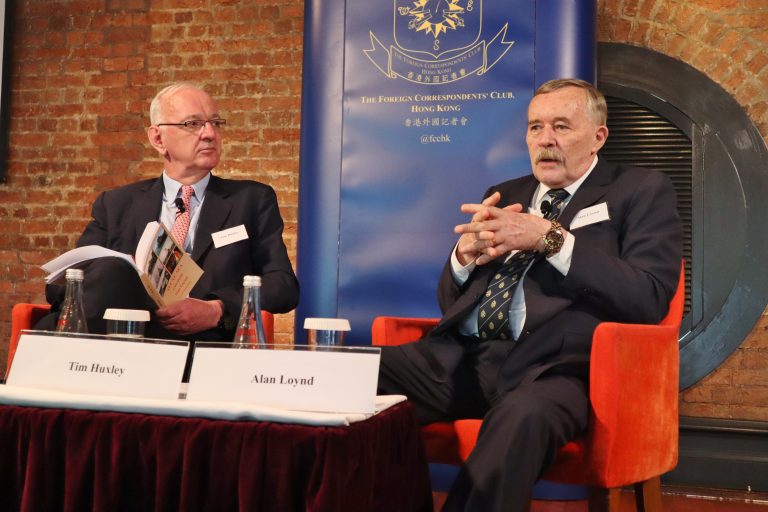 Who do you call when a 747 slides off the runway into Hong Kong’s harbour? You call Alan Loynd, who spent twenty years as Salvage Master with the Hong Kong Salvage & Towage Company. In a lunch talk at the Foreign Correspondents’ Club, Hong Kong, Loynd discussed the highlights of his exciting and at times dramatic career, which included stints on cargo ships, passenger ships and avoiding attack in the Persian Gulf during the Iran–Iraq War, all of which is recounted in his recently published memoir All at Sea.

“I can’t remember a time when I didn’t want to go to sea,” said Loynd.

He explained how growing up in post-World War II Britain meant he was surrounded by stories of exotic places his relatives had visited during the war, places like Japan, Indonesia and Hong Kong. Though the country setting in Devon looked idyllic, Loynd said that there were no jobs and it was quite an austere time, so he happily left for better opportunities in more exciting locales.

After working on cargo ships and passenger ships — “The cargo walked up the gangway on it’s own — I didn’t have to do anything” — Loynd ended up in salvage. He oversaw numerous salvage operations, notably the recovery of a 747 off Kai Tak in 1993 – the only time such an aircraft has been recovered intact from the sea anywhere in the world.

Now happily retired, Loynd has fond memories of his time at sea, but not so much that he’d want his children to follow in his footsteps.