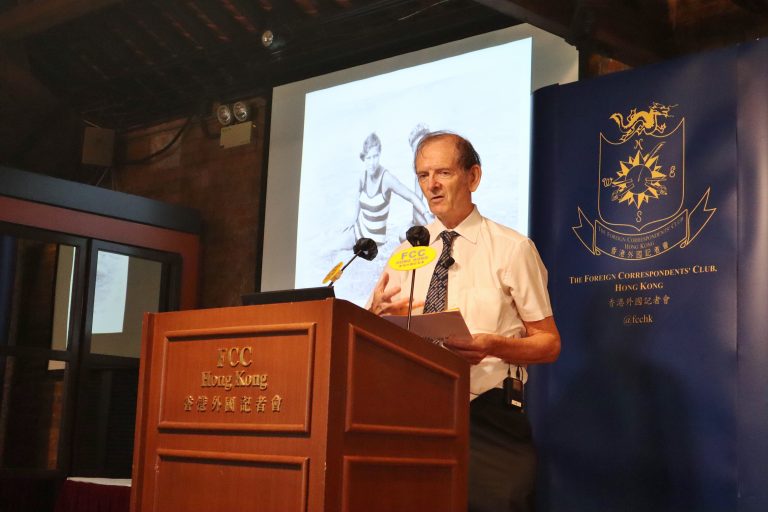 In China’s Russian Princess: The Silent Wife of Chiang Ching-kuo, author Mark O’Neill tells the extraordinary and largely unknown story of how a factory worker named Faina Ipat’evna Vakhreva ended up married to the son of Chiang Kai-shek.

O’Neill lived in Taiwan from 1981 to 1983, when the island was still under martial law, and Chian Ching-kuo was president at the time. O’Neill said that his wife was never seen in public or on television, and little seemed to be known about her, which is what inspired him to research and write this book.

In a presentation at the Foreign Correspondents’ Club, O’Neill recounted how Chiang and Vakhreva met while they were working, most unexpectedly, at the same heavy machinery plant in Yekaterinburg. She was born in Orsha in 1916 and fled war to the more favorably located Yekaterinburg. Chiang, meanwhile, had asked his father, Chiang Kai-shek, if he could study at Sun Yat-sen University in Moscow, where he excelled at learning Russian and drinking and dancing, among other things.

After graduating, he attended a military academy in Leningrad, after which Stalin would not permit him to return to China, effectively holding him hostage in the Soviet Union. Chiang was exiled to a communal farm, then a labor camp, and finally Uralmash, the heavy machinery plant where he met his future wife.

The couple did eventually leave for China, where they endured World War II and civil war before fleeing to Taiwan in 1949. It’s an altogether fascinating story, one worth diving into for all the dramatic details.