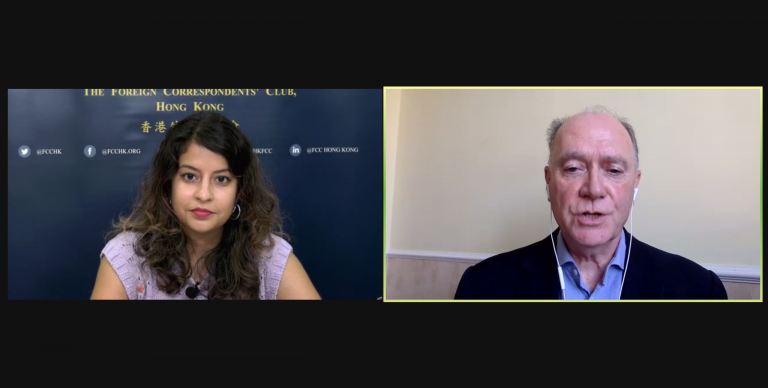 Author Michael Sheridan on the Handover: “The people of Hong Kong were given no voice in their own future”

The Hong Kong handover negotiations between Britain and China were fraught with tension, anxiety and distrust according to former foreign correspondent Michael Sheridan, author of The Gate to China: A New History of the People’s Republic & Hong Kong. In a Zoom talk hosted by the Foreign Correspondents’ Club, Sheridan described the difficulties and the downfalls of the handover.

“I think it’s very important to abolish any illusions that there might have been that this was a very soft and gentle and friendly handover,” said Sheridan. “It was a hard bargain struck between two big nations.”

“Unfortunately — and this is the point I make in the book — the people who were left out were the people of Hong Kong,” said Sheridan. “The fault on both sides — and I fault the British for this primarily — is that the people of Hong Kong were given no voice in their own future, and that did not have to be the case. It was a policy choice.”

He also discussed different periods of history, such as the late 1970s, when a Chinese delegation visited Hong Kong and learned about the stock exchange, free markets, the port, the banking system, capital controls and more, all of which inspired reform on the mainland.

Asked to comment on the future of Hong Kong, Sheridan said that the city would benefit economically from participating in the Greater Bay Area, but noted that the political situation had shifted dramatically already and would continue to do so.

“I think people in Hong Kong, particularly, may I say, expatriates in Hong Kong, need to accept that they are living in the People’s Republic of China,” said Sheridan. “Hong Kong is a Chinese city.”

“Life in Hong Kong is going to be a compromise, and the question is at what point along the scale do you as an individual or a company strike that compromise.”