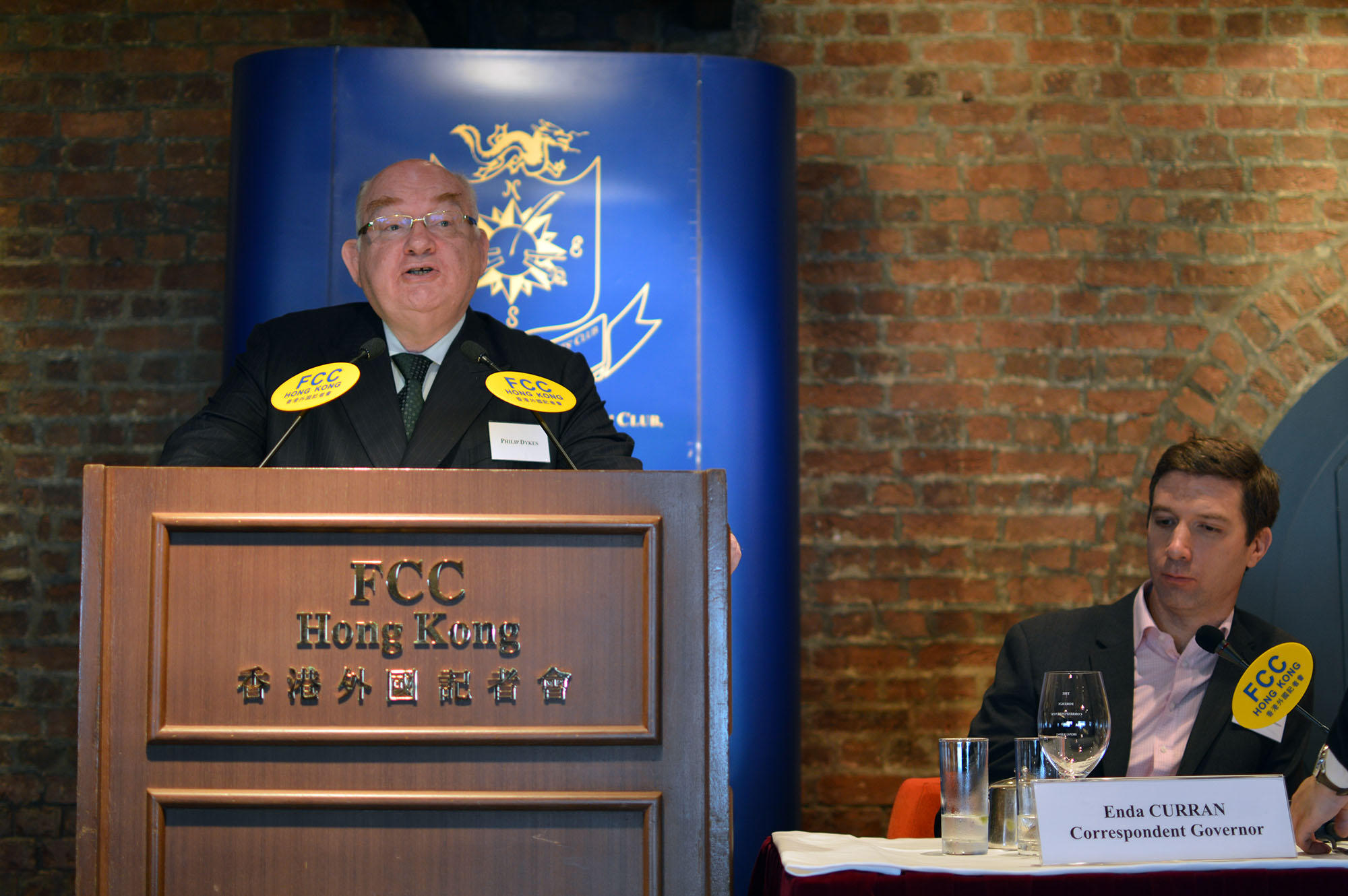 Beijing’s curbs on political rights in Hong Kong while ensuring rule of law for business is ‘unsustainable’, says top barrister

Philip Dykes, chairman of the Hong Kong Bar Association, gave a talk on the rule of law. Photo: Sarah Graham/FCC

Philip Dykes, chairman of the Hong Kong Bar Association, also said he could not rule out a further interpretation of the Basic Law by the Standing Committee of the National People’s Congress (NPCSC), which he described as “the greatest threat to the rule of law in Hong Kong”.

Speaking at the March 5 club lunch, the newly-elected head of the Bar Association told members that he believed Hong Kong’s judges to be independent and could be relied upon to uphold the rule of law for years to come. But he called on “other decision makers in government – the administrators and the lawmakers” to be “ guided by the rule of law and realise that there are no preferred outcomes of judges and they should not be pressured into making decisions one way or the other”. Dykes was referring to the furore surrounding the long and drawn out legal process involving pro-democracy activists Joshua Wong Chi-fung, Nathan Law Kwun-chung and Alex Chow Yong-kang.

In a Q&A session, Financial Times reporter Ben Bland asked Dykes whether Beijing’s move to heavily circumscribe Hong Kong’s political rights while maintaining confidence among businesses was sustainable, the barrister said: “Ultimately you can’t have one without the other. You can’t hold yourself out as being a system that subscribes to the rule of law and are particularly good at dealing with commercial and arbitration matters but not also accept the burdens that go with that which are dealing with the nitty gritty of political problems, protests, freedom of expression. You will be found out. It’s unsustainable.”

Dykes was also asked about Chinese president Xi Jinping’s move to consolidate his power by indefinitely extending his term as leader, days before the NPCSC is due to vote on it. Dykes said extended terms of power brought about by a change to the constitution “don’t usually end well” but would not be drawn on whether the move would affect Hong Kong’s rule of law.

On the matter of Beijing’s 2016 interpretation of the Basic Law in the case of the oath takers disqualified for not pledging allegiance to China, Dykes said he could not rule out future interventions by the Chinese government, particularly regarding the election eligibility of pro-democracy candidates. “One can easily foresee this bubbling up to become a legal issue,” he said.