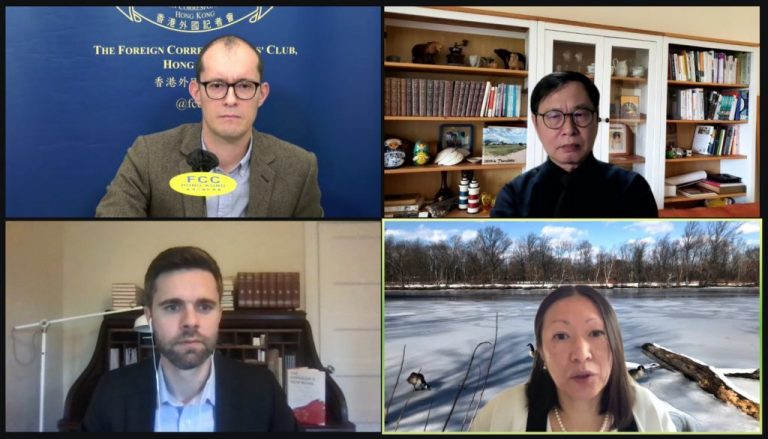 Belt and Road Requires Greater Transparency and Better Decision-making to Succeed in the Future: FCC Panelists

Nearly eight years after it was first announced, the Belt and Road Initiative has a mixed record of successes and failures, but the panelists who participated in a discussion hosted by the FCC said that greater transparency from China and better decision-making from its partner countries were both necessary for the BRI to move forward in a positive direction.

“China needs to step up and follow international best practices, and increase transparency around lending,” said Jonathan Hillman, author of The Emperor’s New Road: China and the Project of the Century. At the same time, he said, “Recipient countries need to be their own best advocates and make decisions that aren’t just a sort-of short-term political play but in the best long-term economic interests of their countries.”

Harvard University’s Nargis Kassenova, an expert in Central Asian politics and security, echoed the call for greater transparency. She used the example of Tajikistan and Kyrgyzstan, two countries whose debt level to China is well documented, versus Turkmenistan, which she said has no transparency about its loans from China.

Despite some of the political and economic fallout in various countries participating in the BRI, James Wang, research director of the Bay Area Hong Kong Centre / Belt and Road Hong Kong Centre, said it goes both ways, with unstable regimes and uncertain economic situations posing their own threats to Chinese lenders and state-owned enterprises.

The panelists also spoke about the effects of the pandemic on China’s “Health Silk Road”, vaccine diplomacy and whether the U.S. and other Western nations could build a successful alternative to Belt and Road.

“The Health Silk Road is now being pushed and picking up momentum, but it did precede the pandemic,” Kassenova said. She added that the pandemic had complicated China’s standing in Central Asia, with demand for Russian vaccines outpacing demand for Chinese-made jabs.

Vaccines can certainly play a role in strengthening relations with other countries, Wang said, noting that it built on China’s history of sending doctors to developing nations in the past.

As for the U.S. creating its own version of the BRI in collaboration with allies, Hillman said that more choice and competition would be a good thing.

“I think we see along the Belt and Road, sometimes the worst-case outcomes are countries who just didn’t have an alternative.”