News News Britain leaving the EU is a... 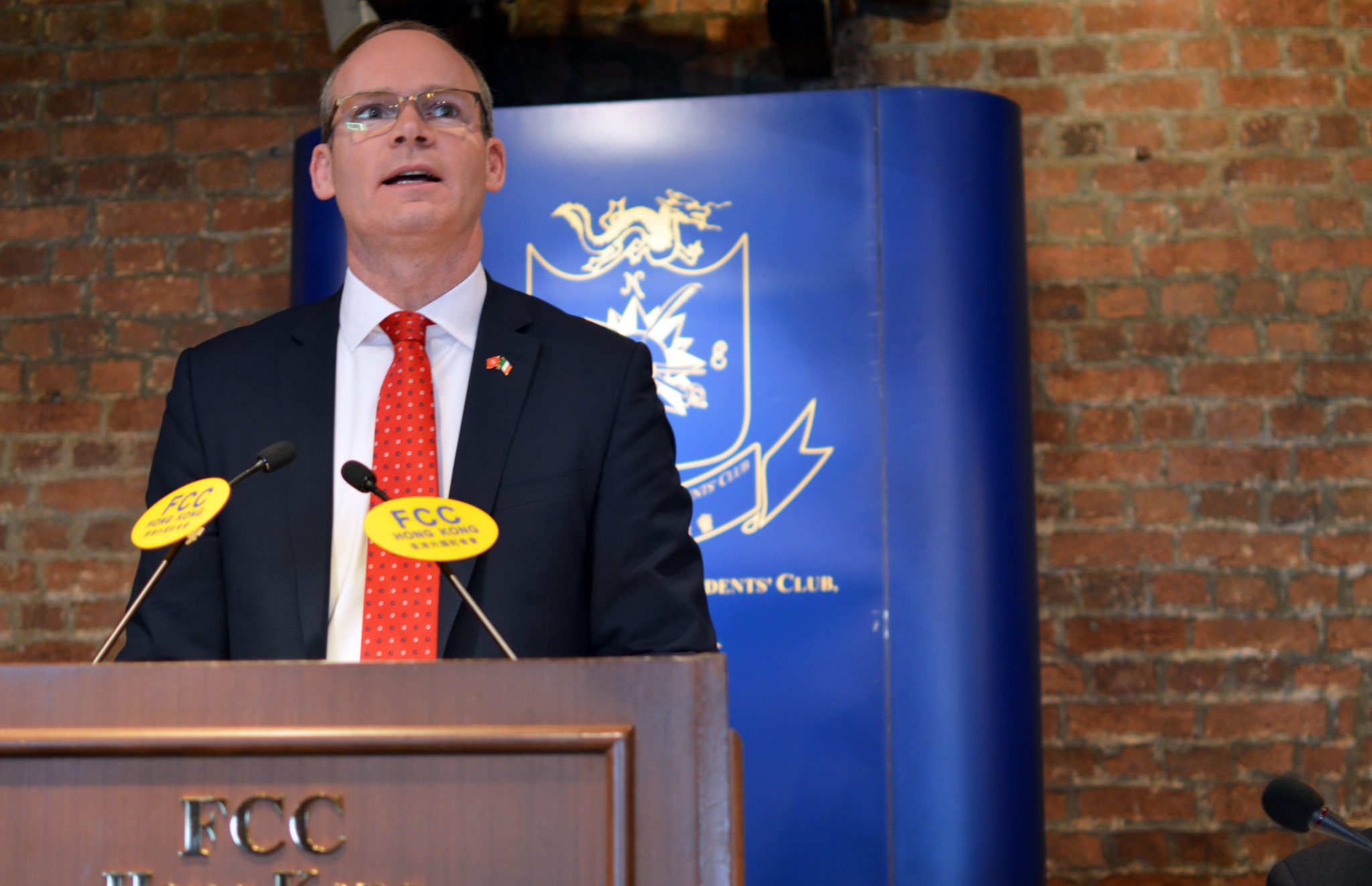 Ireland will not be following Britain’s lead and leaving the European Union next year, said its deputy prime minister, who described the United Kingdom’s decision to leave as a ‘tragedy’.

The threat to the Good Friday Peace Agreement, coupled with the economic chaos that leaving the EU would bring, were the two biggest reasons for Ireland to stand firm on the difficult Brexit negotiations currently being undertaken by the British government, Tánaiste Simon Coveney, who also has special responsibility for the Brexit negotiations, told FCC members at the March 12 club lunch.

A month ahead of the 20th anniversary of the historic peace agreement, which brought about an end to decades of violence between Catholic and Protestant groups by introducing a devolved government of eight political parties and cross-border co-operation between the governments of Ireland and Northern Ireland, Coveney said the most clear manifestation of that peace process in terms of success “has been the fact that the border on the island of Ireland has become invisible: there is no physical infrastructure any more on that border”.

Leaving the European Union could mean the return of a hard border. Although the British government is trying to strike a divorce deal that would avoid a hard border, a solution agreed by all parties is yet to materialise.

“The British government has agreed to facilitate that but they just don’t know how yet. And I don’t mean that in any kind of a facetious or patronising way. It’s very difficult to come up with an agreed political solution to prevent border infrastructure re-emerging in the island of Ireland if the British government strategy remains as it is today which is that Britain is not only going to leave the European Union and its institutions but is also determined to leave the single market and the customs union as well,” he said.

Coveney said that having lived in Britain for four years, he understood why people voted for Brexit in 2016. “There are many people in England in particular who feel that the European Union was compromising British sovereignty, and their view was and is that Britain can be stronger and more effective and more successful without being part of the European Union institution. And let’s wait and see how that works out,” he said.

But he added that the decision has huge implications for the island of Ireland. “We have a €65billion trade relationship east/west between Britain and Ireland; 38,000 companies in Ireland trade with Britain every month – that’s 200,000 jobs, it’s 10% of the Irish workforce. And the numbers are the same on the other side of the Irish sea in Britain.”

Set against the backdrop of growing political instability within Ireland due to rising frictions between Unionists and Nationalists, an exit from Europe would also threaten the communities and businesses that have built trust since the peace agreement which has allowed the economy to flourish.

He said: “And this is the core problem of Brexit: it fundamentally raises identity issues in Northern Ireland between Nationalists and Unionists and we have spent the last 20 years trying to break down those identity barriers successfully – part of which was the removal of any type of border infrastructure.

“But let me be very clear on this: Ireland is not following the lead of Britain here. We will not be leaving the European Union. We do not think it’s a good idea to go it alone.

“We believe that in the modern world, the way to get things done is in a multi-lateral setting…. For me that is why the British decision is such a tragedy because Britain is one of the great countries of the world and it is deciding to go it alone when actually most of the great problems that we face globally right now can only be solved together through alliances rather than countries in a nationalist way looking to go it alone,” Coveney added.

Coveney was in Hong Kong on his way to China. He talked about Ireland’s long-standing relationship with Hong Kong, noting that nine of its 28 governors had Irish connections. Coveney also praised the introduction of the first direct flight between Dublin and Hong Kong – a first for Asia – which Cathay Pacific launches in June this year. Coveney said he hoped it would mean an additional 60,000 visitors per year to Ireland which would have a strong impact on the economy.

On China, Coveney said that, 40 years since the opening of diplomatic relations, the two countries’ economic ties had never been better. In 2016 total trade between China and Ireland was €13 billion, and is expected to be well above €14 billion in 2017.

“I believe that our people share many characteristics,” Coveney said of the Irish and Chinese, “not least strong attachment to family, unique cultural heritage, and some difficult historical experiences. Our economies have undergone rapid transition.”