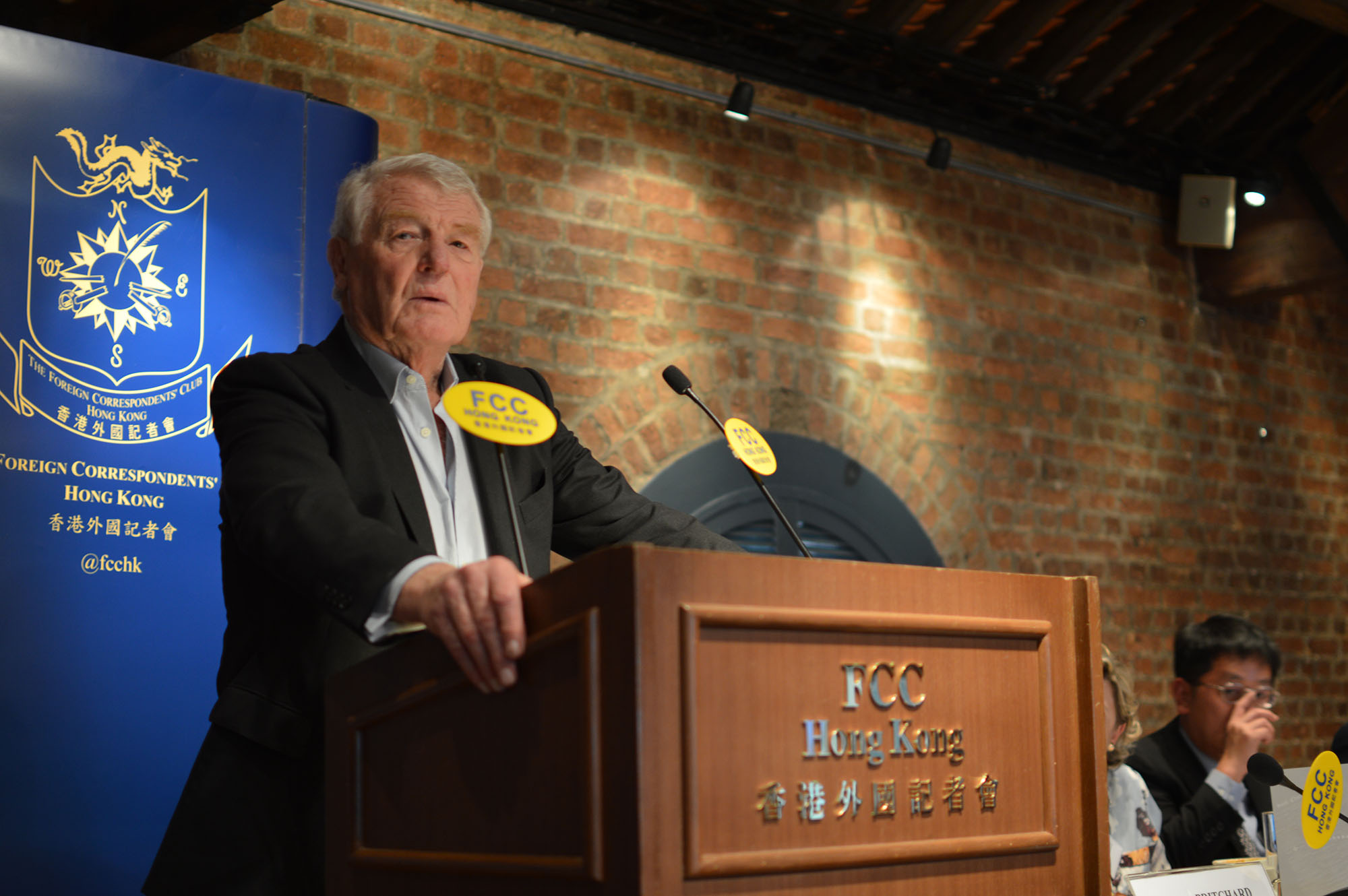 Britain should offer right of abode to BNO passport holders, says Lord Ashdown as he sets up Hong Kong Watch

Britain should offer Hong Kong’s BNO passport holders right of abode in the UK if in the future conditions deteriorate in the SAR as it reintegrates with China, says former Liberal Democrat leader Paddy Ashdown.

The former Royal Marine, in Hong Kong on a fact-finding exercise, said he would “favour very strongly the BNO being extended to the right of abode if it is the case that the conditions in Hong Kong are created by whatever force that enables those who hold the BNO passport to feel so vulnerable that they can’t live here any longer”.

However, the SAR passport “is probably a better travel document than the BNO”, he added.

The BNO (British Nationals Overseas) passport was created in 1987 and is issued to permanent residents of Hong Kong. Holders can visit the UK for up to six months.

“We must ensure that Britain fulfils its legal and duty of honour to Hong Kong and we’ll be doing that. It will look at the actions of both sides and it will act as a whistleblower.”

Lord Ashdown criticised Britain’s handling of Hong Kong’s handover to China, saying there was a degree of hypocrisy beneath its calls for democracy.

“British rule in Hong Kong was economically successful. But politically it was shameful,” he said, adding that a promise that the city “would never have to walk alone” is not a promise that “can be broken because it proves inconvenient to a British government obsessed with finding trade deals because it wishes to be outside Europe”.

“What happens next here in Hong Kong will be judged by a watching world,” he said.

Opening his speech at the sold-out November 28 club lunch, Lord Ashdown discussed China’s rise as a super-power and its effect on world peace. He said Hong Kong would be the testing ground for President Xi Jinping’s vision of “socialism with a Chinese face”.

“We live in one of those periods of history where the structures of power in the world shift,” he said. “How new powers rise and old powers fall is one of the prime determinants of peace in times like this. The Pacific basin is to be the cockpit in which this drama is about to be played out.”

Lord Ashdown said on many levels China appeared to be moving in the right direction: intent on building its reputation as a good world citizen, seeking to consolidate its trading strength and fill the “vacuum of leadership in regional and global multilateral institutions left by President Trump’s retreat from this space”.

“I do not think China’s true long term interest lies in responding to Donald Trump’s invitation to a dog fight, albeit one which appears to have been postponed after Mr Trump’s effusive glad handling with Chairman Xi,” he added.

However, he said China’s curbs on freedom of speech could not be sustainable: “It is just not in human nature, whether Chinese or otherwise, to be content for long with glorious freedom in one aspect of your life and permanent voicelessness in the other.”

During the question and answer session at the end of the talk Lord Ashdown said he felt the United States was a greater threat to world peace than China, citing the unpredictability of President Trump.

When asked about Brexit, Lord Ashdown predicted that it would not happen: “My view is that on balance, narrowly, I now think Brexit will not happen – not because it could not be done but because the government is too incapable to deliver it. The House of Commons will not vote for a hard Brexit, they will not vote for a throw-ourselves-over-the-cliff Brexit. They could vote for a soft Brexit but the government is too incompetent and too divided to be able to deliver any kind of soft Brexit that I think will make sense.”

He predicted an election next year that would see a new government, and that the process would “collapse in on itself”.