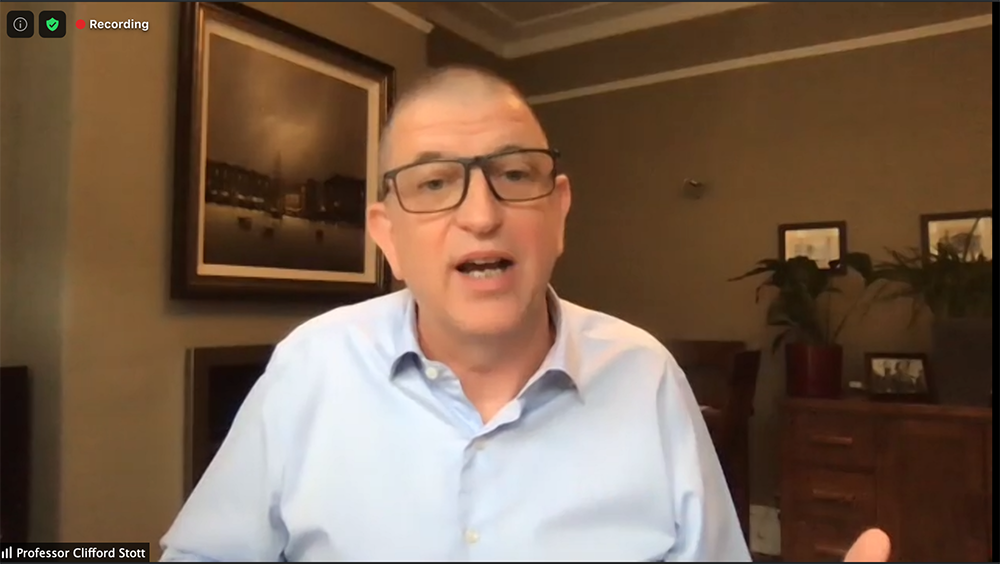 A British expert in protest policing who withdrew from an international panel appointed by Hong Kong’s police complaints body to investigate the policing of last year’s protests has said he would not feel safe returning to the city.

Professor Clifford Stott of Keele University told an FCC webinar that he and other panel members resigned because they were “manipulated and put in an awkward position” as they worked to advise the Independent Police Complaints Council (IPCC) on its report into the 2019 anti-government unrest. When the IPCC finally published its report in May 2020, which cleared the force of misconduct, Prof Stott said it was missing key pieces of data. This, he said, called into question the IPCC’s powers, capacity and independent investigative capability. He is soon to release his own paper on his findings.

“We were put in a difficult position. We were in the end manipulated and put in an awkward position,” Prof Stott said, adding: “There is no way I could have stood by that report.”

When asked if he thought he would be allowed to visit Hong Kong in the future, Prof Stott said: “I would love to come back, of course I would, but I don’t think I’d feel safe.”

While Prof Stott was reluctant to expand on his claim of manipulation, he revealed that information collected by the panel from protesters and legal professionals had not been included in the final report. They included accounts of what had happened to protesters after they were arrested and their lack of access to legal representation.

“We heard shocking information about what had happened… on August 11 at the detention centre in particular. That data is not in the IPCC report,” he said.

Prof Stott is an expert in protest policing whose research has informed policy and practice for a range of government and police organisations in the U.K., including the Home Office and the Association of Chief Police Officers, among others. He spoke about the protests currently sweeping the United States and Britain in the wake of the death of American George Floyd at the hands of a police officer, commenting that the movement is part of a pattern developing globally in response to poor social conditions.

Prof Stott said COVID-19 was “the great amplifier of inequality” as it highlighted social shortfalls. He added that calls for the defunding of the police were in fact calls for funds to be diverted into social care such as youth and mental health services to solve the problems at source.

“The state often ends up funding the police to mop up problems that could have been solved by investing in other areas,” he said.