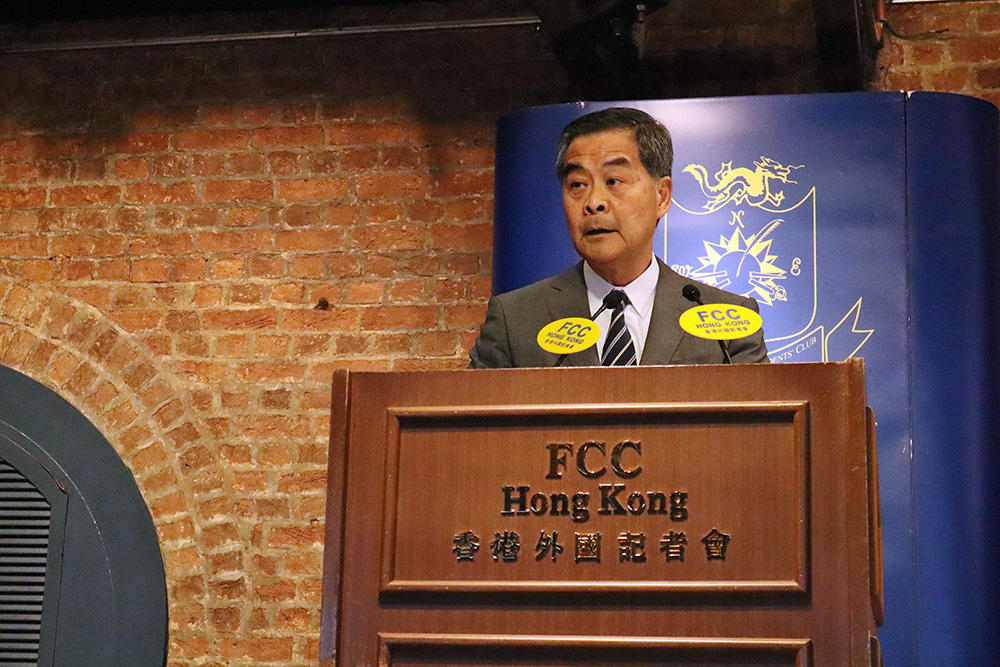 Former Hong Kong Chief Executive C.Y. Leung warned that the consequences of the recent district council election results, which saw pro-democracy candidates take more than 80% of seats, “may be far greater than we imagine”.

The vice-chairman of the National Committee of the Chinese People’s Political Consultative Conference used his November 28 appearance at the FCC to reflect on China’s rise since the founding of the Communist Party. He spoke at length about the current unrest in Hong Kong, in particular highlighting what he saw as the foreign interference in the city’s politics. Leung, who was Hong Kong’s third Chief Executive, also accused Western politicians of misunderstanding the Basic Law – the city’s mini-constitution – and advised them to study it.

Referring to protesters’ calls for universal suffrage, Leung said Hong Kong was not a country, comparing it instead to a city like London which has a mayor who answers to the central government.