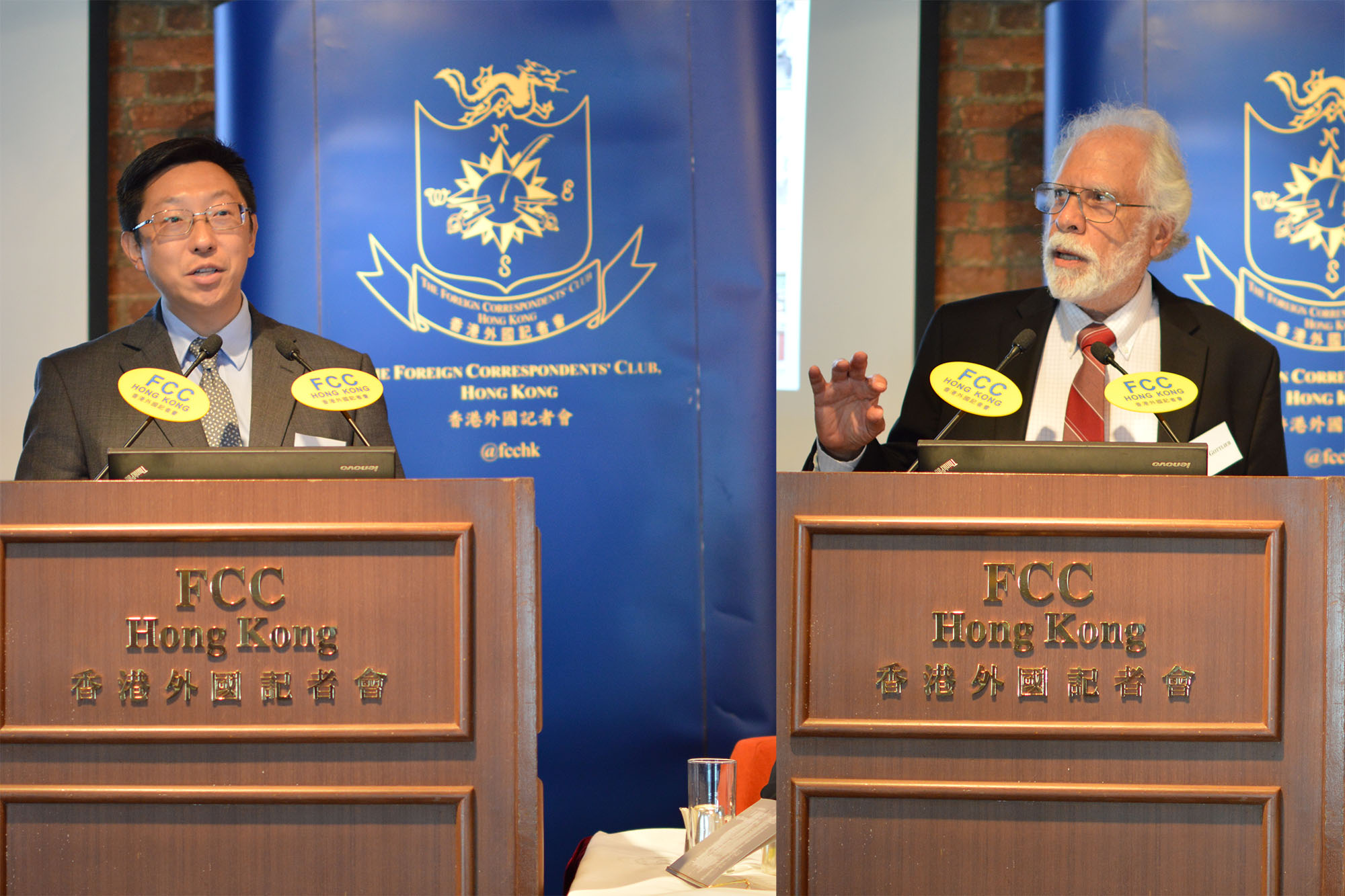 China vs the U.S.: When it comes to caring about the environment, they’re both hit and miss

Who really cares about the environment – China or the U.S.? That was the question posed to two experts in the field of environment – and the answer was a little more complicated.

Professor Robert Gottlieb, founder and former Director of the Urban and Environmental Policy Institute at Occidental College in Los Angeles, told guests at the September 12 club lunch that both countries displayed positive and negative attitudes towards the environment.

He said that the Barack Obama administration had eventually paid more attention to environmental policy creation following years of rolling back of environmental policies under previous presidents. A robust social movement in America had done much to pressure the government on the issue of the environment. However, Obama’s work that was largely undone after Donald Trump was elected president, he added.

“By the time President Obama was elected, the notion of environment as a priority issue really receded despite Obama’s own statements and the interest of those in congress who thought that environment was still a critical issue. In the 2012 election for example climate did not come up in the course of the election between Romney and Obama, but that changed partly because resistance in congress and in the last two years of the Obama administration there was a reconnection in the importance and significance of environment in areas such as air and climate and food thanks to Michelle Obama, the president’s wife, who made the idea of changes around food central to her agenda and subsequently her husband’s. But that didn’t last.”

Professor Gottlieb said that the election of Trump “and some critical appointments made that were significantly hostile to environmental issues” had seen a rolling back of policies: “Scott Pruitt (Environmental Protection Agency Administrator in the U.S.) came into office with an agenda to essentially dismantle both the agency and a wide range of environmental policies with the support of the president which culminated in the decision to begin a process of pulling out of the Paris Accord.”

He concluded: “Does the US care about environment? Yes and no. It does care when you think about citizen movements, it does care when you think about the level of resistance among certain policy makers particularly at the local and state level. And ultimately it does care in terms of wanting to sustain the changes that have been made since the 1970s and move it to the next level. But the answer is no when you come to the President and his head of EPA, the head of the energy department, head of the transportation departments who are actively hostile to this kind of environmental policy system that has been created since 1970 and doing their best to at least resist any further development if not pull it back.”

On China, Professor Gottlieb said it was almost in a reverse process to the United States: “In 2009 at the Copenhagen meeting China’s role was not hostile to but not willing to step up to the plate and in issues such as dealing with air quality, dealing with water quality, you had not necessarily resistance to the idea of the environment being important and crucial but it was not high on the agenda. High on the agenda was development, urbanisation, marketisation – this was the strategic direction of the government.”

He added that this situation has begun to change as China realised that environmental issues have a powerful economic impact and undercut some of the development strategies that have developed. “…there is a recognition that China, particularly now, as of 2016, can champion itself as an environmental leader whether it’s climate or any number of issues, particularly transportation shifting towards being the leading manufacturer of electric vehicles.

“But you haven’t seen a full transition. Take the issue of coal – China is committed tons with its new climate perspective to start reducing the level of coal …. used or particularly produced which has all the env impacts that are deeply felt in certain regions of the country. So in the last three years there’s been a very modest reduction in the production of coal for the first time but not a reduction at that same level in terms of the use of coal because you have an increase in the imports of coal.”

In conclusion, he said: “Does China care about the environment? Yes and no. China does care – it’s called the priority of priorities for example around air quality by government officials – but the implementation is uneven and you don’t necessarily have that robust social movement that you did have in the last 60 years in the United States that has created that ability to increase both awareness and the idea that we do care about the environment.”

Simon Ng of the Civic Society in Hong Kong discussed the government’s attitude towards environmental policy making. He said that two months into Carrie Lam’s administration he hoped she would honour the environmental pledges in her manifesto. He said though that other issues affecting the city – housing, education – were likely to take priority over environmental issues.

Mr Ng praised Hongkongers for their awareness of environmental issues and the fact that they were collecting air pollution information that was empowering them to take action and pressure leaders into doing so. He added that Hong Kong was the first city in Asia to tighten vehicle emissions standards. “When it comes to ship emissions Hong Kong is the first city in Asia to regulate ship emissions at city level.”

And he said that although Hong Kong universities are playing a big part in the development of sensors that measure air quality that are lighter, smaller, more sensitive and accurate, the city could do more. “Hong Kong can be a real leader – how come we have to wait until Beijing says ‘OK you should do this’ and we say ‘OK’ and in the next few days we follow?” He said this was bad for the city.