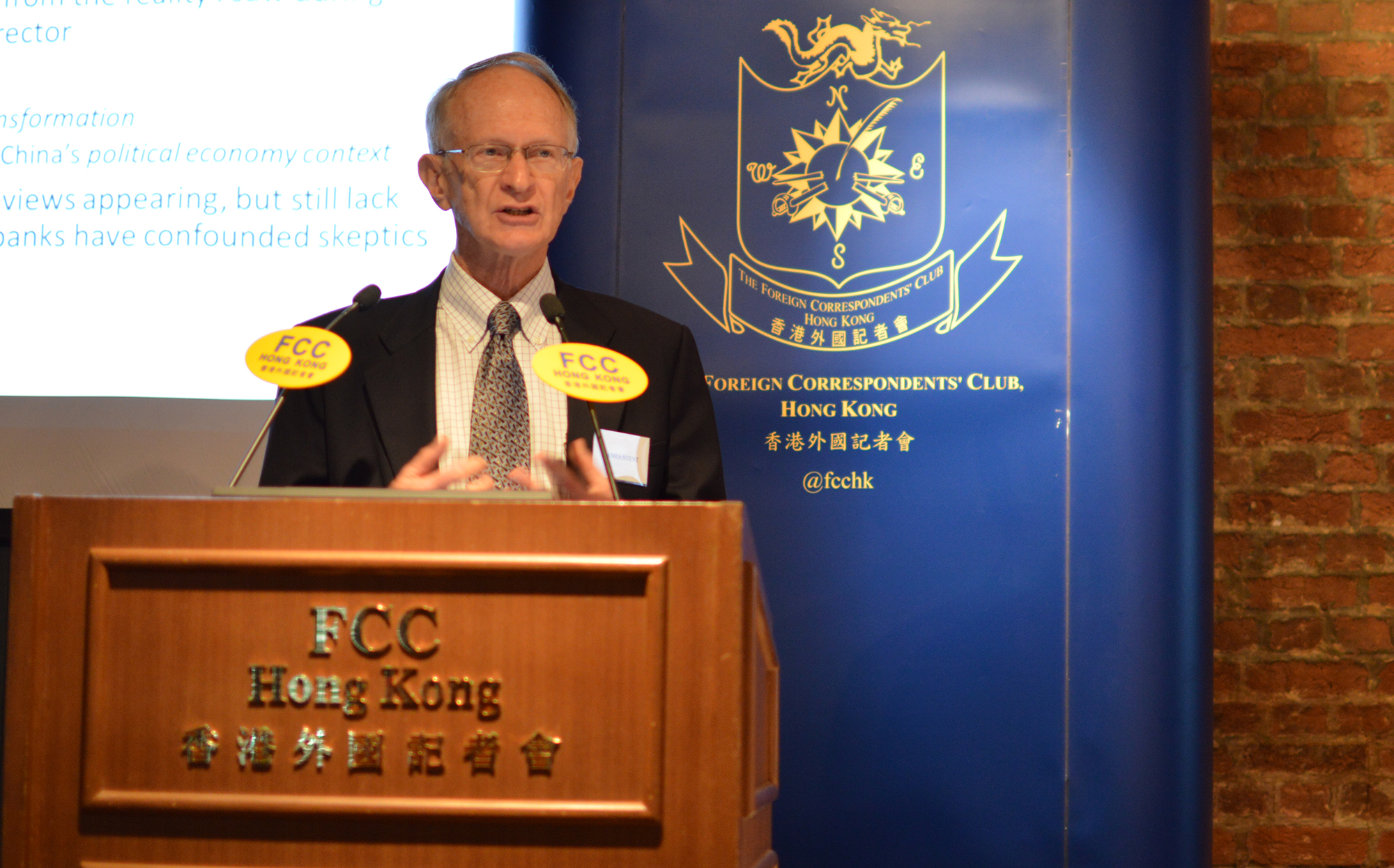 China’s banks are unlikely to collapse despite continuing fears over bad debt and shadow banking, says a former auditor of one of the country’s biggest state owned banks.

A hybrid system coupled with a cautious step-by-step approach to economic policy are two of the reasons why mainland banks will prosper, said James Stent, a former director of the audit committee of the China Everbright Bank.

Shadow banking has increased in China in recent years, resulting in new rules to discourage banks from using borrowed money to invest in bonds being issued by the China Banking Regulatory Commission (CBRC).

Stent, who was promoting his book, China’s Banking Transformation: The Untold Story, said that although “mainstream consensus for the last 15 years on Chinese banks has been overwhelmingly negative”, he had seen a dramatic transformation in his 13 years working first as a director at China Minsheng Bank, then Everbright.

As Stent was outlining his case for China’s stealth banks at the September 21 club lunch, S&P Global Ratings cut China’s sovereign credit rating for the first time since 1999. At the same time, however, it revised its outlook to stable from negative.

“China’s prolonged period of strong credit growth has increased its economic and financial risks,” S&P said. “Although this credit growth had contributed to strong real gross domestic product growth and higher asset prices, we believe it has also diminished financial stability to some extent.”

However, Stent said China’s 17 nationwide commercial banks in reasonably good shape today, but that those lower down, “the weaker, smaller regional players” at city and provincial level were “very much a work in progress” and still had some way to go.

Cultural values were also playing a part in the “night and day” transformation of China’s banking system, he said. Where the U.S. is “all about individualism”, China “is all about the group… it starts with family and it’s all about your responsibilities to society, your duties, your obligations,” said Stent, now Senior Counselor with Vriens & Partners.

“China thoroughly understands market forces – with the Chinese market forces are a means, not an end. The Chinese do not believe markets solve all problems. They believe that the objective is not the market, the objective is building wealth and power for the nation and the people. China therefore has what I call the hybrid banking system: it’s partially market and it’s partially socialist,” Stent said.

This was where China’s cautious approach to economic policy came in, Stent said. It would prefer to avoid risk likely to affect the economy and was therefore slow to develop and implement policies on a national scale that were not tried and tested first on a local scale.

He said the great change in thinking came about after the Asian financial crisis of the late 1990s, when the government ordered banks to restructure to reduce non-performing loans (NPLs). China looked to good foreign banking systems to determine how it could create a successful one of its own. And it had not only caught up with good overseas banking systems, China had leapfrogged its foreign counterparts with far more advanced banking technology. Stent said you only had to look to China’s abilities in the digital payment area to see how far ahead of Western banks it is.

Most directors of banks were also Communist Party members, so would also have the national interest at the heart of their decision-making.

A crackdown on China’s US$9.4tn shadow banking business and new regulations in all areas had hit bank share prices but was an indication of how serious it was about reducing risk, Stent said.