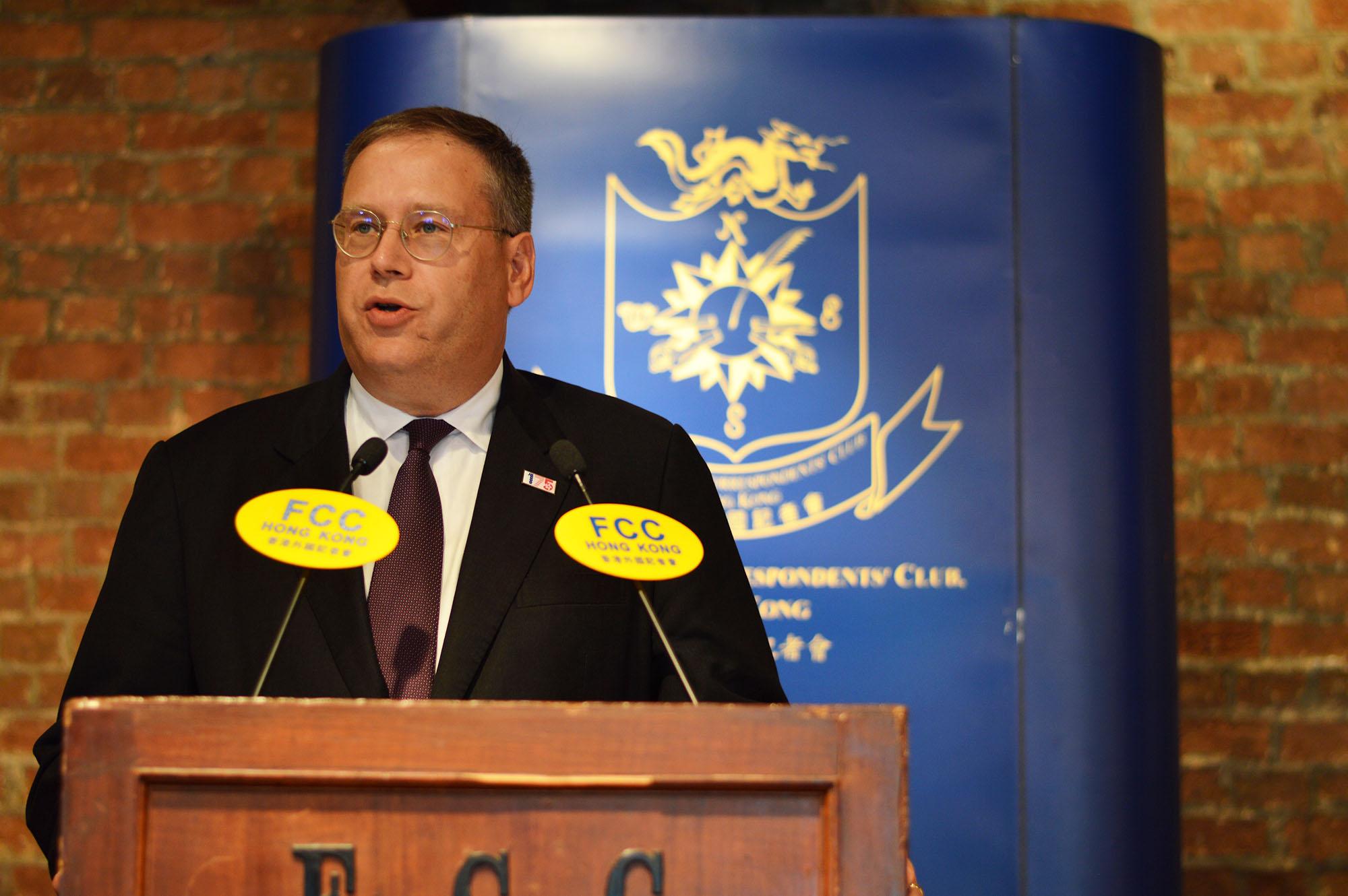 China must play by global trade rules and raise its game on economic reform, warned the U.S. Consul General to Hong Kong and Macau as he said the problem of Beijing’s “market-distorting policies and practices” was too big to ignore.

Kurt Tong said that America’s tough stance on trade tariffs was “well-justified by the facts – and perhaps overdue”. He said China’s World Trade Organisation (WTO) commitments “reflect somewhat of a broken record” and added that the United States was “justified in claiming damages”.

“To borrow a metaphor from my favourite sport, China has drawn a deserved yellow card,” said Tong, a keen footballer. “Yellow cards are an opportunity for a player to change their style of play before someone gets hurt,” he added.

In March 2018, U.S. President Donald Trump imposed tariffs on steel imports. Soon after, China – the world’s biggest steel exporter – retaliated with tariffs on U.S. imports. The dispute has stoked fears of an all-out trade war that could damage the global economy.

During his April 24 appearance at the club, Tong said that the United States sensed that China’s forward progress on economic reform had stalled, adding that there were were “worrisome signs” that the country was moving backward.

“Some analysts have said that, given its size and importance, China is now too big to be challenged. I would submit that the opposite is true. I think that the China problem is too big to ignore,” he added.

Tong identified high tariffs, unfavourable terms for inward foreign investment, and lack of protection for intellectual property rights as America’s main problems with China. In fact, he said, other WTO partners are lodging many of the same complaints.

In a bid to allay fears within Hong Kong’s business community over the prospect of a trade war, Tong said the city had an opportunity to stand as an example of how an economy can be part of China but also play by the rules.

“Hong Kong has an opportunity to proactively use its autonomy to further strengthen its impressive economic competitiveness, as well as its inherent value proposition in the eyes of foreign partners,” he said.