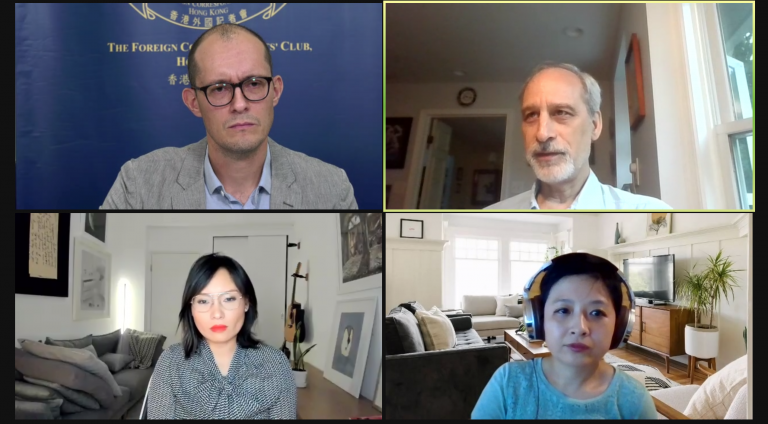 China’s active approach to governing social welfare goals in the age of big tech has become a widely known attribute of the CCP’s modus operandi in recent years. However, according to a panel of experts who were invited to speak by the Foreign Correspondents’ Club, this starkly contrasting approach to regulation in the West poses a myriad of uncertainties for some of its largest companies looking to raise capital in U.S. equity markets, and have stoked concerns of data privacy and national security risks for both the U.S. and Chinese governments.

“The content regulation part of the fan and gaming economy is saying, ‘Hey, these types of activities we don’t want to see our youth engaging in, and we don’t want to see this driving our social media and getting the attention of society, we don’t think it’s healthy,’” said Rui Ma, founder of Tech Buzz China. “‘We don’t think it’s moral’ – you could say that is political, or you could say that also actually that’s been very evident from day one, this has been part of policy in general.”

Paul Triolo, head of the geo-technology practice at the Eurasia Group, highlighted the regulatory complexities for Chinese firms tapping foreign capital with U.S. stock listings: “How viable is the VIE structure from a U.S. regulatory point of view?”

“There needs to be more transparency in revealing regulatory risk, and also just emphasizing for U.S. investors that the VIE structure does not mean ownership in a Chinese company but in a shell company in the Cayman Islands,” said Triolo. “There’s a sense that there has to be some level of collaboration here so that you don’t disrupt financial markets, and big areas of business where there still tremendous amounts of dependence between the two economies.”

“The political climate doesn’t allow the current administration to be too close to China, so at the end of the day, I’m still very optimistic in terms of some of the biggest issues the world is truly facing, such as climate change and pandemic. It does require the world’s two largest economies to work together,” said Jennifer Zhu, executive chairman of the Commons Project.

“The most important thing is that we’re not going to see many Chinese tech companies listing in the U.S., and they will choose domestic stock markets — and when I say domestic, I’m for the first time including Hong Kong as well.”