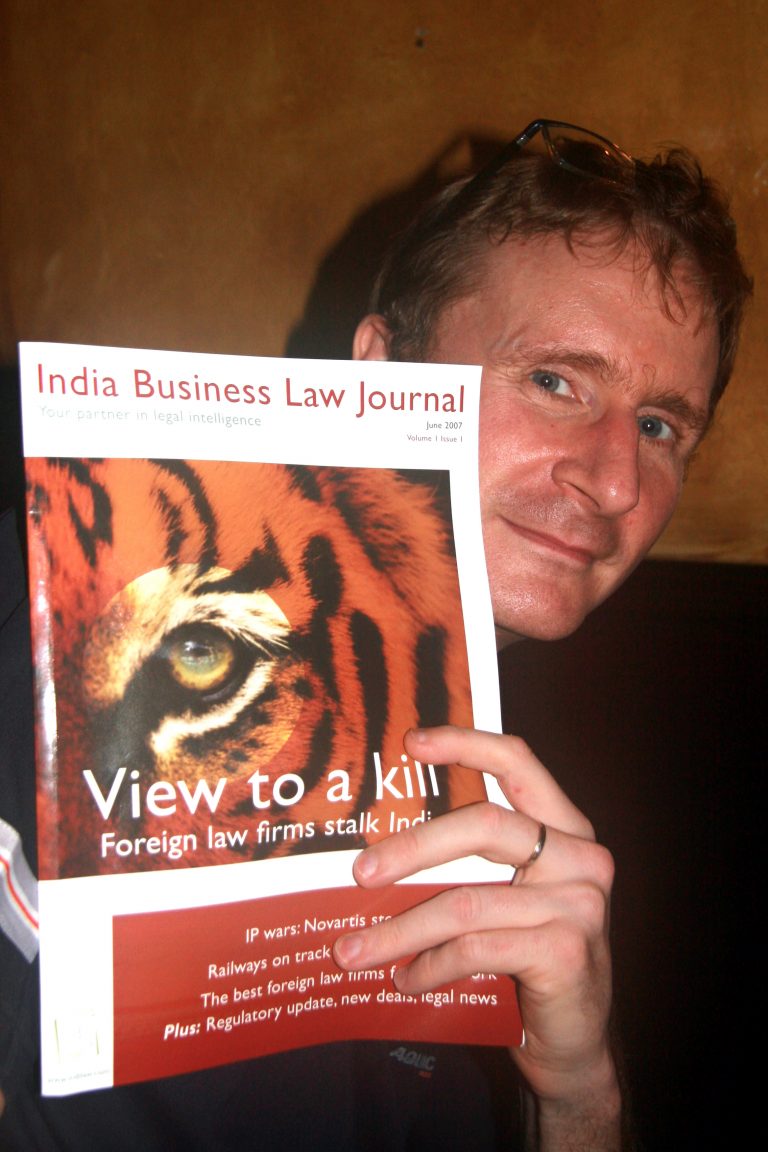 Christopher Hunter: A Man of Conviction and Faith

Christopher Hunter – publisher, journalist, scholar of Chinese, father of Jessica and son of Gillian and Frederic – passed away at the age of 57 at home in Berkhamsted, England on 21 November 2021. Chris, who lived in Hong Kong from 1987 to 2016, had been suffering from multiple sclerosis for over 25 years and donated his body for research in the hope of providing relief for future sufferers.

Everybody who met Chris remembers him. He was an active and vocal participant in many social activities. Chris was an early member of the Community Church of Hong Kong and a regular worshipper. The Chinese and Hong Kong legal community owes Chris a great deal as he was a key figure in the development and propagation of Chinese law through his work as editor of China Law & Practice in the 1990s, his work for the Financial Times in Nanjing in the 2000s and as co-founder and director of Vantage Asia Publishing. The magazine China Business Law Journal that Chris founded and edited continues to thrive.

Some of the tributes which have been paid to Chris are reproduced here:

“Chris Hunter was a unique individual: thoughtful, incisive and unafraid to offer a trenchant opinion, I was very fortunate to benefit from his tremendous knowledge of Chinese law, language and culture. As a colleague at Asia Law & Practice in the mid-1990s, he was loyal, industrious and committed. Beneath his quirky sense of humour, there was often a serious and sometimes valuable message. A man of conviction and faith, what he occasionally lacked in tact he more than made up for with his integrity and honesty. He will be much missed.”

“The world is a smaller place without Chris Hunter. I first met Chris at a Student Christian Movement debate in Leeds during the spring of 1983. I recall that he took great delight in sharing biting wit during a particularly heated debate. Our working relationship began with Euromoney’s Asia Law & Practice where we collaborated on several publications: I think my best time in publishing was working with Chris on “The China Patient” (1999) and “Life and Death of a Dotcom in China” (2005). When I left Euromoney, Chris gave me a DVD of the Bill Murray comedy ‘The Man Who Knew Nothing.’  I am still puzzling about that.”

“Chris was a boss, mentor and most of all, a friend. My first taste of his unorthodox approach to life came when he interviewed me for a job at Asia Law & Practice. “What would you think if I fired you?” was one of the first questions he asked. Somehow, I got the job, managed not to get fired, and Chris became my mentor in the world of legal publishing. A combination of my fledgling sales skills and his amateur interest in sales psychology gave rise to some unconventional sales techniques. A memorable example was when Chris attempted to use reverse psychology to sell a sponsored article to one of Asia’s top restructuring lawyers by telling him he was not up to the job of writing it.

Ten years later, I sought Chris’ mentorship again when I started my own venture – Vantage Asia – in which Chris subsequently became a partner. His presence gave me the confidence to strike out on my own, while his intellect, analytical mind and talent for finding faults in just about everything made him a fantastic sounding board for ideas. His quirky sense of humour and boisterous laugh eased the pain of getting a new business up and running. We all miss him immensely.”

Chris joined the Financial Times in 1999 with a brief to improve relationships at an FT venture in Nanjing. Chris’ business acumen, knowledge of Chinese culture and language, unflustered approach and determination delivered results. We held one-to-one meetings with principals from our Chinese partner in Beijing – with Chris translating – and the direct approach meant we could dispense with some middle-men, saving money and ensuring clearer communication. Chris then tackled on-the-ground issues in Nanjing, improving relationships with the onsite management, local staff and the handful of young Westerners the FT had contracted. His key victory was persuading the partner to provide better accommodation for the Westerners.

Chris analysed the 40-person operation that FT was running. He helped develop and then execute our strategy of positive engagement, with the goal of exiting the project when the contract came up for renewal. He managed this skilfully with the partnership ceasing without rancour in 2001. Chris left the FT to pursue other ventures shortly afterwards.

Over four years Chris’ time in Nanjing was sometimes challenging as MS began to impact him. He identified a skilled number-two to be the key local liaison in Nanjing and reduced the frequency and length of his trips. He also made trips to FT’s London HQ and our divisional office in the New Forest.

I remember his good humour in dealing with often prickly negotiations and the trouble he went to in building personal relationships in Nanjing. His karaoke rendition of a famous (I’m told) love duet with a senior female official in Nanjing still lives in my mind and won massed applause from the audience. It was clear the staff, locals and Westerners, admired and respected him.

Chris developed my interest in Chinese history by taking me to sites in Nanjing – the wall and city gates, Yangtze bridge and nearby Sun Yet Sen mausoleum – and in Shanghai and Beijing. He was a cheerful and well-informed guide and always keen to cover elements that UK history ignores.

“Rest in peace, Chris. You were a very sharp mind let down prematurely by an uncooperative body. I have much to thank you for and hope you now enjoy your freedom from physical constraints!”