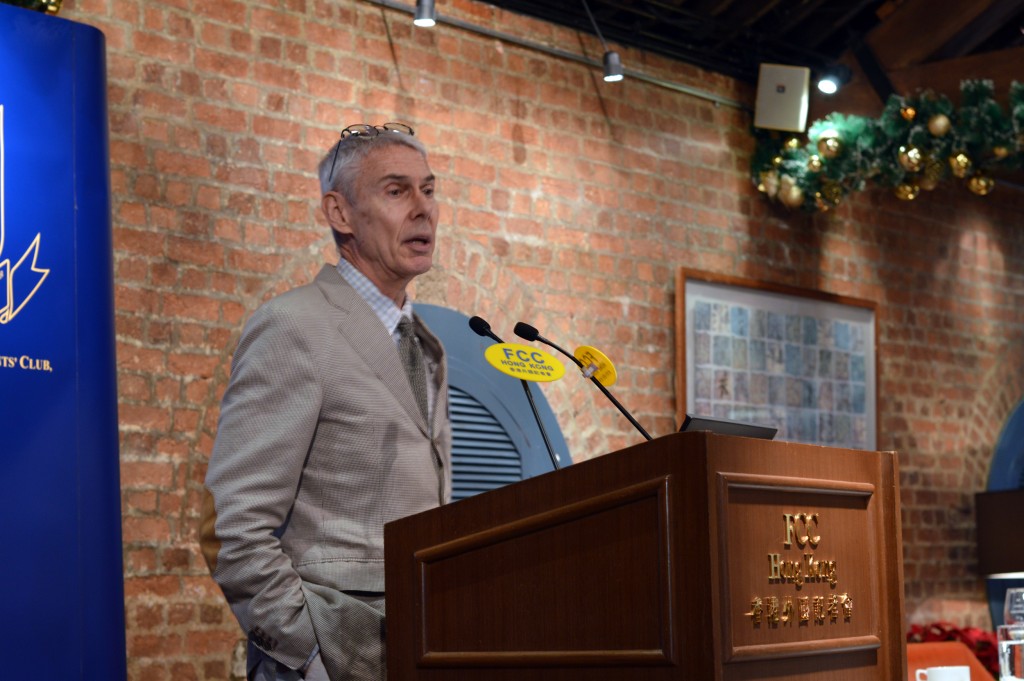 Climate change is our greatest threat – but could China save the planet?

Climate destabilisation is the most important threat our species has faced – and China, the world’s biggest polluter, could be the country to turn it around, according to public health expert Richard Fielding.

As the Earth continues to get warmer,  the effects of climate change are not only apparent in the Earth’s more extreme weather events – they can also be linked to social and economic breakdown, and in extreme circumstances, civil war, he said during his club lunch talk entitled The Health Effects of Climate Destabilisation on December 5.

Professor Fielding, of Hong Kong University’s public health department, gave an example of how population displacements caused by climate disruption – in this case, drought – had preceded the 2011 uprising which led to the Syrian war after wheat and rice prices doubled as crops were destroyed following a prolonged period of no rain. Such pressure on societies leads to common psychosocial consequences including post-traumatic stress, mental illness, discrimination and vilification, unemployment and suicide. He cited recent India’s devastating heatwave as a factor in the rise in suicides in the country.

He pointed to another deadly heatwave – of 2013, which claimed 35,000 lives across Europe – as an example of how extreme weather incidents are becoming more commonplace. Where a heatwave such as that would ordinarily be predicted to happen every 100 years, he said this type of severe weather event could now happen every 20-30 years as the Earth continues to heat up.

And he warned that the global threat would not subside until governments took climate change seriously and imposed taxes on polluting projects including proposed new airport runways like those in for Hong Kong International Airport and London’s Heathrow.

“I do not see a great many grounds for optimism,” he said, adding that US president-elect Donald Trump’s appointment of climate-skeptic Myron Ebell to lead the Environmental Protection Agency transition team was akin to “putting a paedophile in charge of a kindergarten”.

On a more positive note Professor Fielding said that he believed China would be “surprising people” in the fight to reduce climate change, largely because “in 2015 it installed more renewable capacity than the rest of the world put together,” adding that single party states would have more success than democratically elected governments where there are more political obstacles.

And what can we do in Hong Kong to try to slow down climate change? Don’t fly or take a car journey unless you have to, and try to buy fewer clothes and shoes.

“Very difficult to do, especially in a place like Hong Kong where we’re encouraged to buy,” he said.