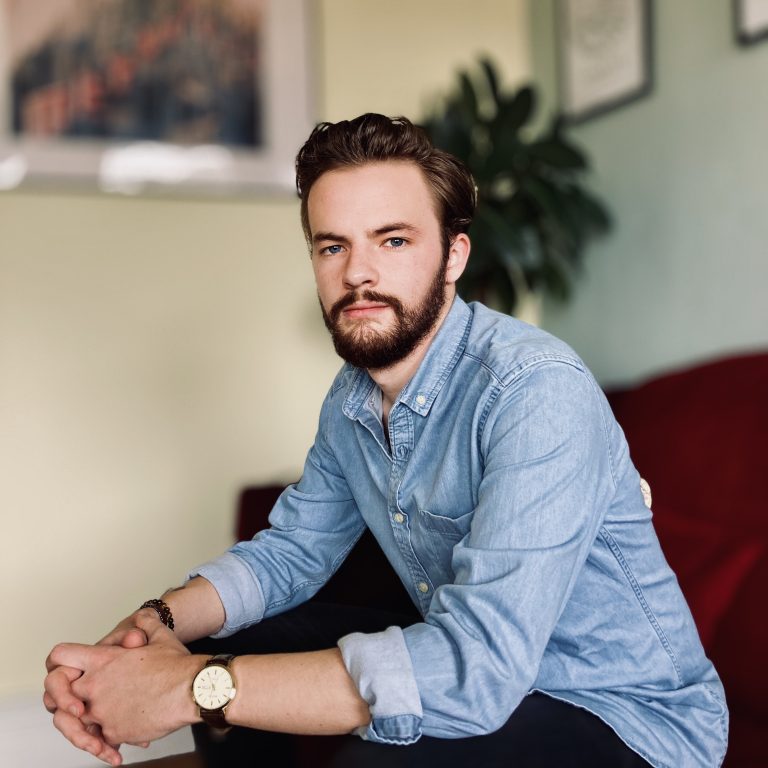 10 Minutes With Joe Evans, World News Editor at ‘The Week’

Sum up The Week in a couple of sentences.
We take the best British and international news and comment and distil it into a weekly magazine and a daily website. Our online coverage ranges from need-to-know information about the biggest news to longer features and analysis. We also have a weekly podcast, “The Week Unwrapped”, allowing the team to tap into our various areas of expertise and unpack an under-reported story.

At 26¾ years old, you cover a vast remit. What’s your day-to-day like?
Our online team is fairly small and includes a roster of freelancers. We punch well above our weight in terms of quality and quantity. My role includes overseeing all of our foreign coverage from commissioning to editing.

I also write features and analysis, as well as appearing regularly on the podcast talking about politics and foreign affairs. We’re a very close-knit team, so I work with our digital director and executive editor to coordinate coverage of big events or stories that sit on the line between domestic and foreign news.

Share your most illuminating conclusions on European affairs.
I have family in Germany, so I have spent a lot of time there. It’s a place that lots of Europhile Brits hold in very high regard with good reason. Its approach to coalition governing is something more countries could learn from.

The ability of its politicians to speak to people “across the aisle” is refreshing in an era of snap judgements and partisan political discourse. Having said that, the country gets an easy ride when it comes to some of its green policies – its nuclear phase-out comes to mind – and foreign policy, for example its stance, or lack thereof, on Russia.

Apart from “gobsmacked”, how are you taking Brexit so far?
I think the “gobsmacked” period may have passed for most people. It certainly has for me. I grew up in a part of the country that voted in favour of Brexit, so had a pretty good idea of the amount of Eurosceptic feeling simmering under the surface even before the referendum.

I am not sure anyone would have called for us to leave the European Union before 2016, but there was always a feeling that the United Kingdom sat awkwardly within the bloc.

At The Week, we try to talk about Brexit without favouring Brexiteers or Remainers, but by steering a course through the middle of what is now quite an artificial divide. Writing about the UK’s vaccine roll-out was a good example, with both sides trying to claim ownership of a national success.

You used to live in Southeast Asia. What were you doing at the time?
I lived in Cambodia between 2018 and 2019, but I also saw quite a lot of the region. I moved to Phnom Penh to work as director of communications for Aziza’s Place, a development centre for underprivileged children that I have long-supported.

I also did some writing and stringing when I was there and fell head over heels in love with the country. It would be untrue to say that it isn’t a deeply troubled place and I would love to see that improve. But it is also wonderful in many ways and I made some lifelong friends.

As a University of Manchester grad, which of the city’s two football teams do you support?
Neither! I am a long-time fan of the Wolverhampton Wanderers, which is owned by Shanghai-based conglomerate Fosun International. We win fewer trophies, but I consider it an enduring duty to support my local team.