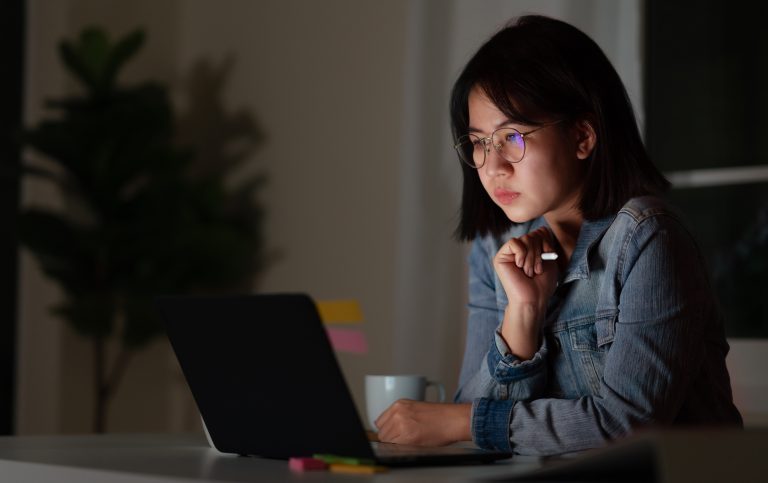 We all get a little more goal-oriented at the dawn of a new year. Maybe it’s that squeaky clean feeling of settled ledgers, a calendar yet to be filled with Zoom calls, or just internal pressure to aim higher.

And if one of your New Year’s resolutions is to sit down and write a book, then this one’s for you. We’ve enlisted FCC member Jo Lusby, the co-founder of China-focused literary agency, Pixie B, to weigh in. As a publishing veteran and the former North Asia head of Penguin Random House, Lusby knows a good story pitch when she reads one.

Speaking to The Correspondent, Lusby shares the highs and lows of her career, explains how to sell a book idea, and what to expect if it gets the green light.

What’s the typical journey from book idea to store shelves?
Jo Lusby: If someone thinks they have a book in them, the very first step is to sit down and write. There is no such thing as a guaranteed hit or a definitive “no” when it comes to ideas – it’s all in the writing and execution.

The next step is for an author to find an agent. This involves a bit of networking and a lot of online searching. You can try checking the acknowledgements of books that cater to a similar topic or readership – authors often thank their agents there. Literary agents will develop the text and get the proposal in shape, then submit to editors they think would be best suited for the work. From there, it usually takes up to a year for the book to actually hit the shelves.

For non-fiction books, publishers will commit on the basis of a full proposal, including a synopsis, a couple of sample chapters, and an introduction to the author and what they hope to achieve. Works of fiction should generally be finished before a publisher will consider them. 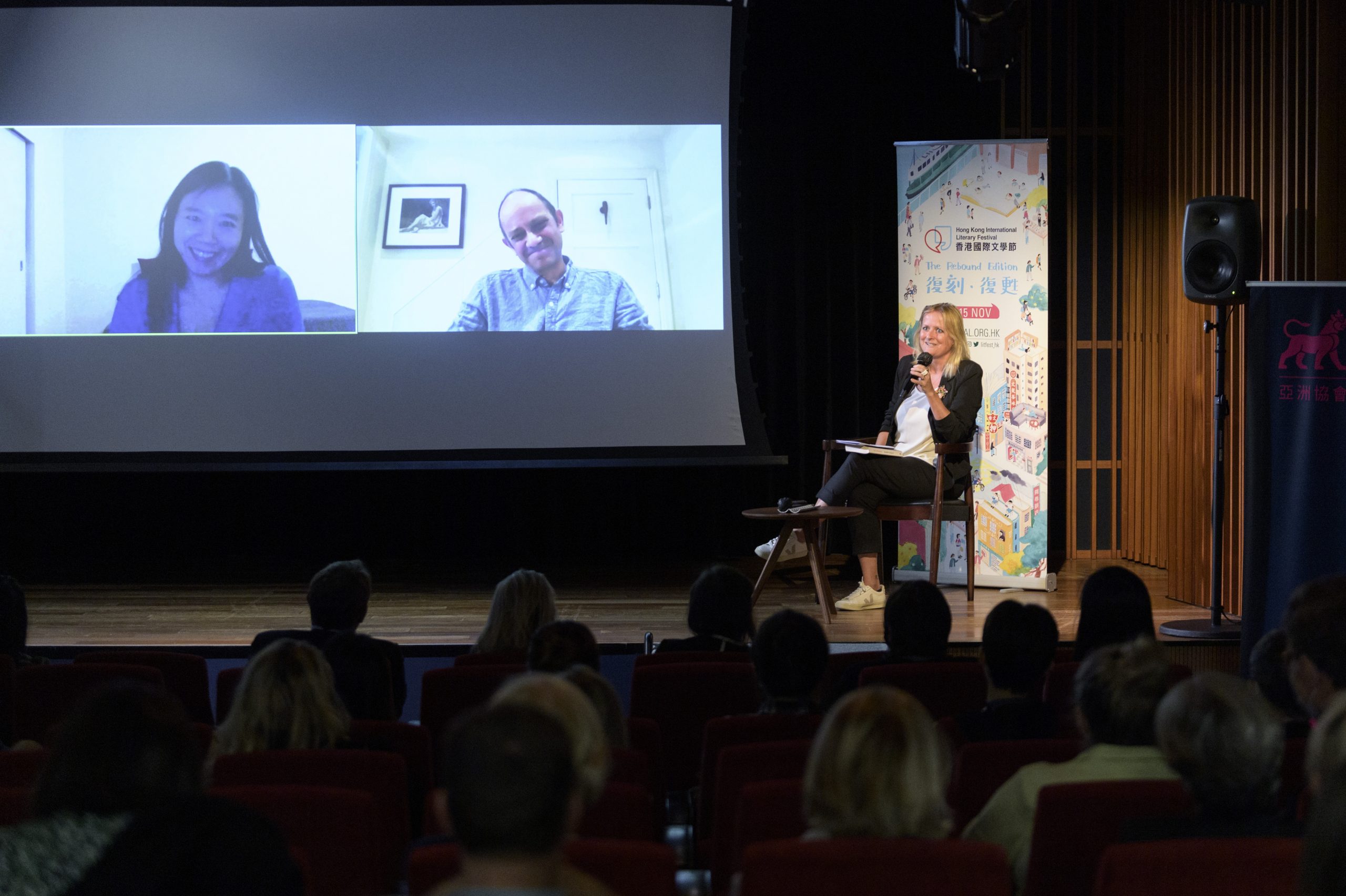 What kinds of story ideas stand out?
JL: The proposals I find the most exciting tend to approach a known subject from an unusual perspective, or shine a light on an entirely unknown topic that feels relevant.

An agent needs to be persuaded that the story will have enough to sustain a book-length narrative, and the writing needs to be unforced and flow naturally. Other than that, publishing is an industry based on few absolutes – it’s really just a sense that this fills a need among either readers or commissioning editors.

How much can someone expect to make from their first book?
JL: Certainly not enough to quit your day job, and don’t expect the hourly rate to make sense, either! First book deals can be as little as US$3,000-US$5,000, depending on the publisher and topic. On the upper end, there’s really no limit – Barack and Michelle Obama were reportedly paid US$60 million for their first two books

It comes down to simple mathematics and a perception of competition. If a publisher believes that other publishers will also be chasing the work, then they will offer a higher amount – upwards of US$100,000 – to take it off the table, or there could even be an auction situation, where rival publishers bid against each other on the advances to secure the work.

For those struggling to find a publisher, when should they throw in the towel?
JL: There’s no definite answer for this one either, but I think you should keep the faith as long as you and your agent still believe in the work. If you get to the point where you’re knocking on the same doors, however, then it might be time to give up.

What about self-publishing?
JL: Self-publishing is a good route for authors who have a ready-made audience – a lot of business book writers, for example, will offer books as part of their speaking circuit or training courses. An author will normally take a higher percentage of the book’s earnings with self-publishing – up to 50 percent instead of 10-15 percent on print, and 25 percent on eBook or audio – but it’s often a larger percentage of a smaller number.

Be prepared to work very hard if you choose to self-publish. Independent bookshops will support local authors and are willing to take copies, but successfully selling self-published books outside of your immediate community is very difficult. Gaining visibility on major online retailers like Amazon requires a lot of time, energy and specialist skills. 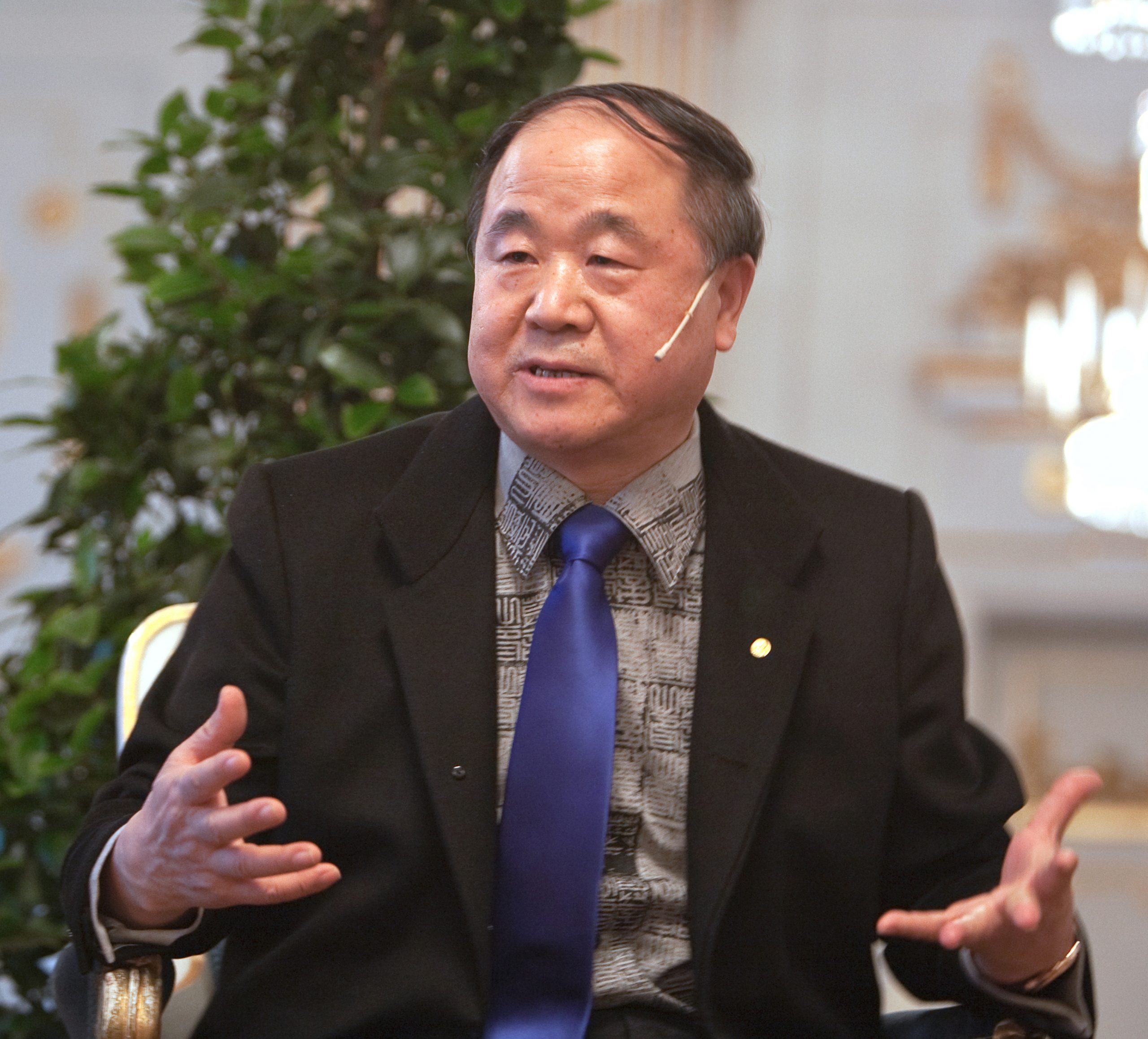 Mo Yan, who won the 2012 Nobel Prize in literature, has been described as ‘China’s answer to Kafka’. (Photo: Bengt Nyman)

What kinds of services and support can you expect working with a publisher?
JL: From editing the manuscript to jacket design, marketing and PR, author tours, and sales and distribution, you should receive a full range of services. Different books will receive different levels of support from companies, but the starting point for getting good service from a publisher is making sure the editor who acquired it is excited.

They are the person who has to sell the book internally to all their colleagues to make sure the sales people are excited to sell, the designer gives it a great jacket, and the marketing team brings their inspiration (and budgets!) to the launch.

Can you tell us about a manuscript that really missed the mark for you?
JL: Many years ago, I received a manuscript for a children’s book from a Chinese publisher. They added that the translation into English would be done very quickly and at no cost… because the translator was a US-educated individual who was currently in prison (with plenty of free time on their hands!) and unable to accept money for work. I declined and never heard anything further.

Which book are you particularly proud to have published?
JL: The first book I acquired for Penguin was Wolf Totem by Jiang Rong, in 2005 [a semi-autobiographical novel about a student from Beijing sent to Mongolia at the height of the Cultural Revolution]. I had just set up the company’s first office in China, and I bought the book one month later.

It went on to win the inaugural Man Asian Literary Prize, and for a while was the highest-selling work of fiction in translation from China. It was a really exciting journey, not only because it was the first book I published, but also because it was showcasing a personal story and perspective that at the time felt very fresh to a Western readership.

How has publishing in Hong Kong changed under the new political landscape?
JL: The entire publishing industry in Hong Kong has become much more conservative in terms of the authors they will work with and the books that will be published and sold. There are stories of publishers having books line-edited before they can be printed and bookshops selling potentially sensitive titles under the counter, if at all. Whether that’s just self-censorship by publishers or the printers themselves, nobody knows at this stage.

Can you explain Peppa Pig’s 2018 run-in with the Chinese censors?
JL: Peppa Pig became a meme in China, with people creating spoof artwork of the character as a “gangsta”. This part of the IP [intellectual property] was banned – the memes – while the book publishing and TV broadcast continued uninterrupted.

We actually sold more copies, because parents were panic-buying for their Peppa-addicted children in case they were pulled from the shelves.

“Peppa Pig” was also briefly blocked as a search term online, but we saw a benefit to that, too; online retailers placed the product on their homepages so that shoppers didn’t have to search for it. 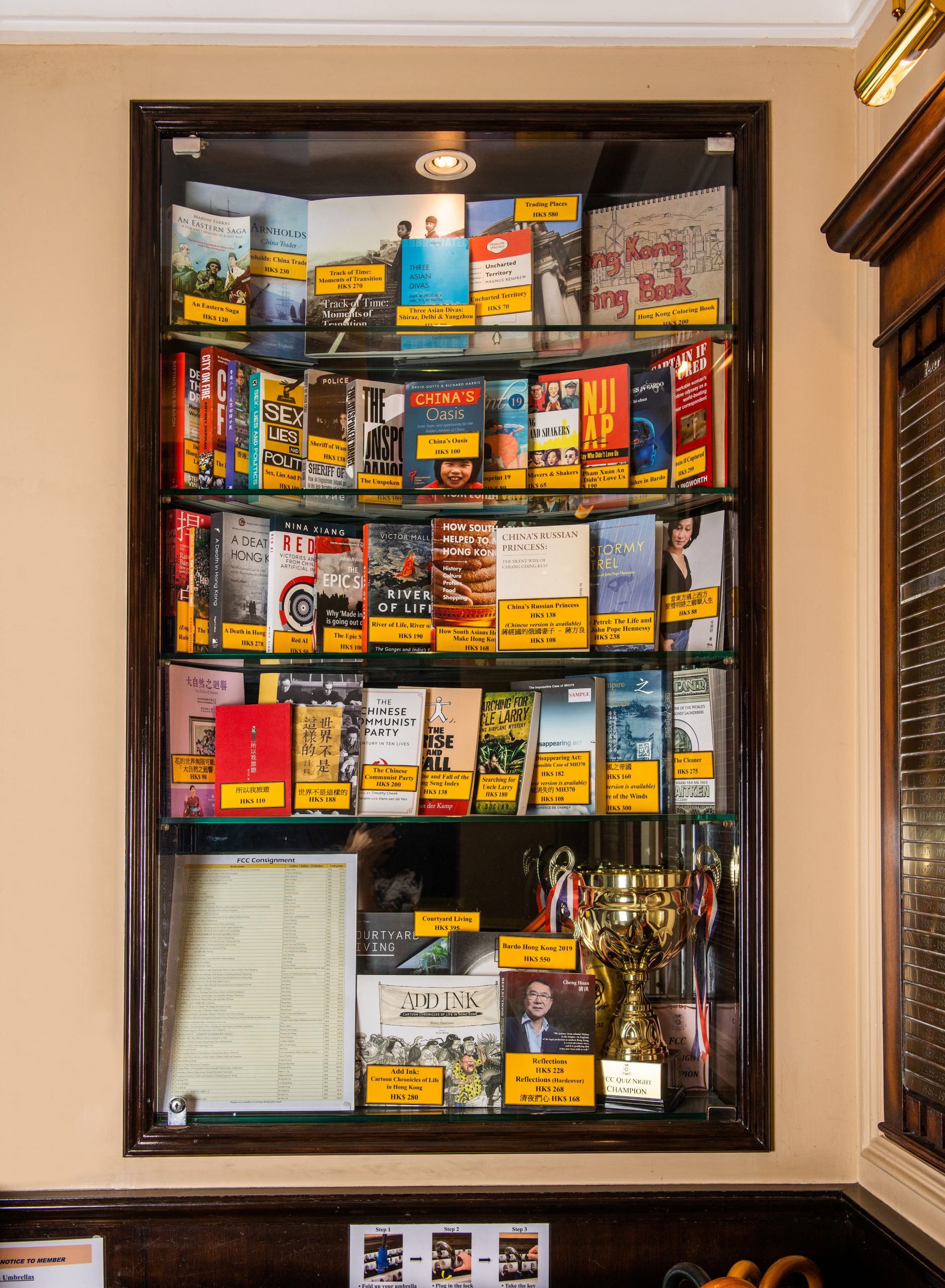 In the lobby, find a wide array of books by FCC members on the club’s bookshelf. (Photo: Lakshmi Harilela)

What’s your best advice to anyone who wants to write a book?
JL: Just do it, and write as though nobody is reading. You can edit, cut, rework or entirely abandon the work, but the biggest challenge is getting what is in your mind down on paper.

Take your time with it, too. People often share work with publishers too early, before it’s been properly crafted, edited or fully thought through. Get feedback from trusted friends before you show anyone you’re hoping to work with.

Best in the Business 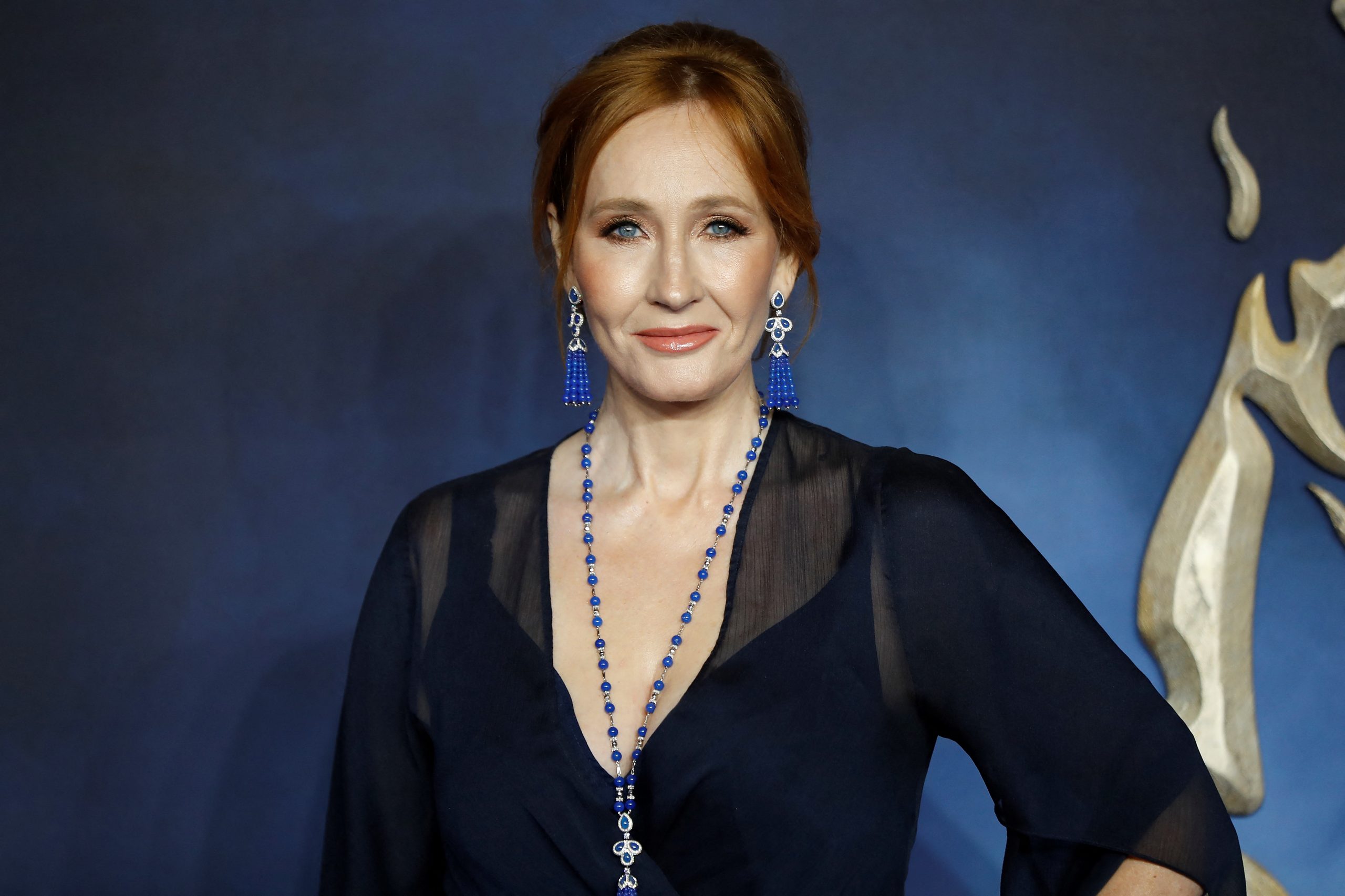 What makes a best-selling book? Even JK Rowling (above), whose tomes (estimated: more than 500 million copies sold) have spawned movies, franchises and theme parks, might be pressed to answer. Perseverance helps, as the former jobless café scribbler would attest; and being lucky enough to hit on a formula that segues with current appetites.

Not Quite As Easy as ABC

Three FCC stalwarts supply some hints on turning a manuscript into a masterpiece.

Mike Chinoy: “My biggest challenge writing China Live: People Power and the Television Revolution (Rowman & Littlefield: 1999) was finding my voice. I was lucky to have a good editor who told me ‘the reader wants to know not only what happened, but what you thought and felt about it – your private opinions and emotions.’ So I had to learn to set aside my journalistic objectivity, which I had spent long years honing.”

Johan Nylander: “I wish I had known when I was starting out how easy and fun it is to self-publish. I’ve written three books, and I published the last two – Shenzhen Superstars (2017) and The Epic Split (2020), both about China – myself. They sold much better than the first, although it was published by one of Scandinavia’s leading publishing houses.”

Vaudine England: “My latest book, Fortune’s Bazaar – The Making of Hong Kong, will be published by Scribner/Simon & Schuster in the US, and Corsair/Little Brown in the UK next summer [2022]. Two things are key to getting published: one is to have an important story to tell; the second is to have good friends who, in my case, asked their agent to recommend who I should contact to secure my agent. It worked!” 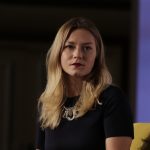 Carla Thomas is a Canadian journalist. She is currently the editor of Liv magazine, Hong Kong’s health and wellness publication, and a freelance writer in her spare time. Her work has appeared in the SCMP, The Washington Post, Forbes, Time Out Hong Kong, and elsewhere.