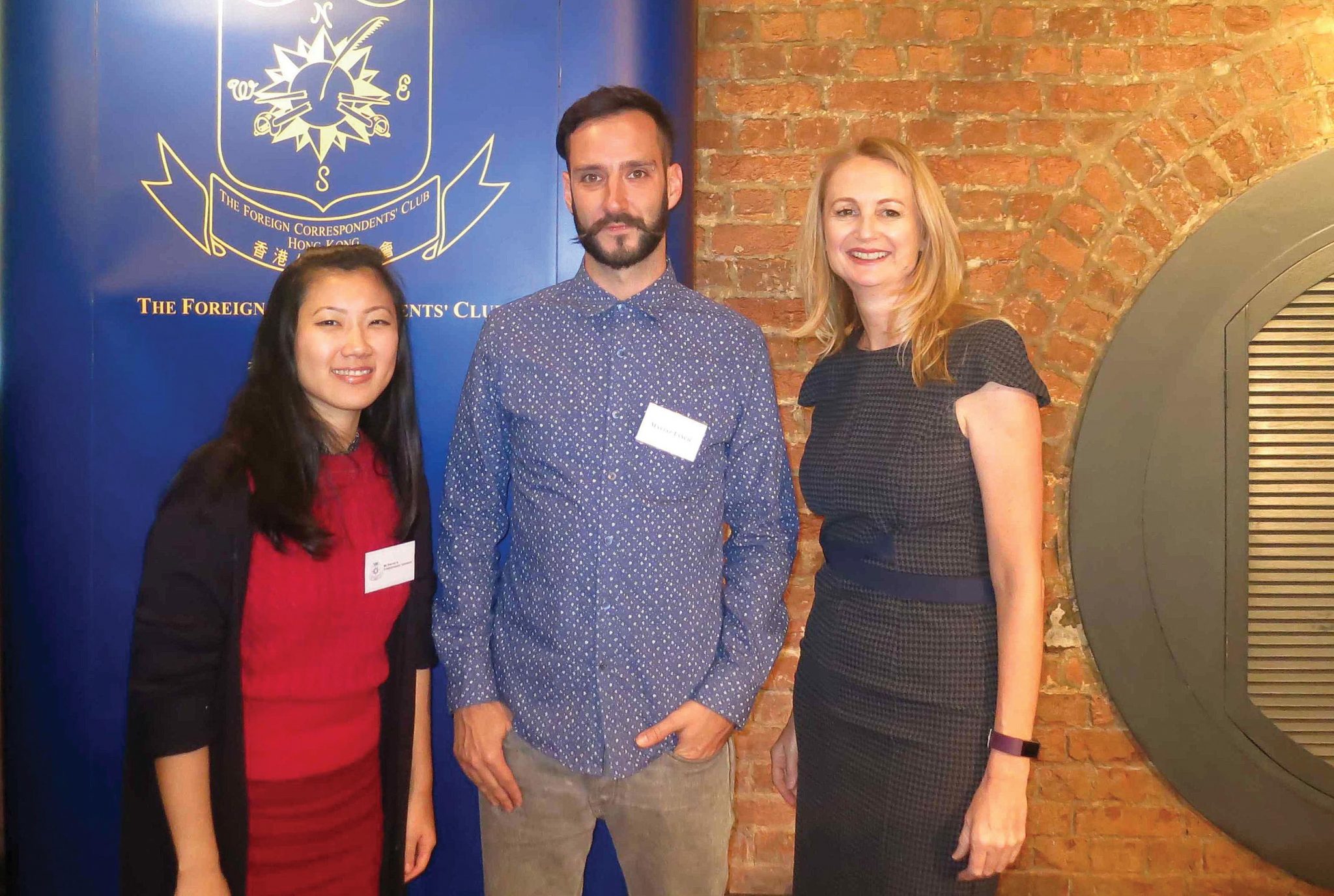 Photographer Matjaz Tančič spoke about his  “3DPRK” project which involves taking 3D portraits of ordinary people as they go about their daily life in North Korea at a club dinner on February 13.

He also presented a 20-minute video documentary about the making of this project which took months of negotiation with the Pyongyang authorities. There was also a presentation of his photographs – with 3D lenses provided for the audience.

The project exhibition was first shown in Pyongyang – he was one of the first westerners to do so and the locals loved his 3D format and more recently in China, US and Europe as well as being published in numerous photo journals and magazines.

From left to right: Nan-Hie In, Matjaž Tančič, Kate Whitehead.

Tančič is based in Beijing and Ljubjana in Slovenia. The graduate of the London College of Fashion has participated in 60 group and 24 solo exhibitions, and his work has been featured in magazines such as Vogue, Marie Claire, L’Officiel, Playboy, Mercedes Benz Magazine and more. In 2013, he won a Sony World Photography Organisation award in the 3D photo category. In 2012, he also won a Slovenia Press Photo award in the nature category. The speaker was among the six finalists in the 2009 Google Photography Prize contest.

Nicholas Bonner (producer of the documentary) and Meg Maggio also joined in the Q&A session. Bonner is director and owner of Koryo Tours & Studio, which specialises in film, art, tourism, cultural and humanitarian projects in North Korea. Maggio is director of Pékin Fine Arts, a Beijing and Hong Kong-based contemporary art gallery and art advisory consultancy.