News The Correspondent 50 Years On: The Table Tenn... 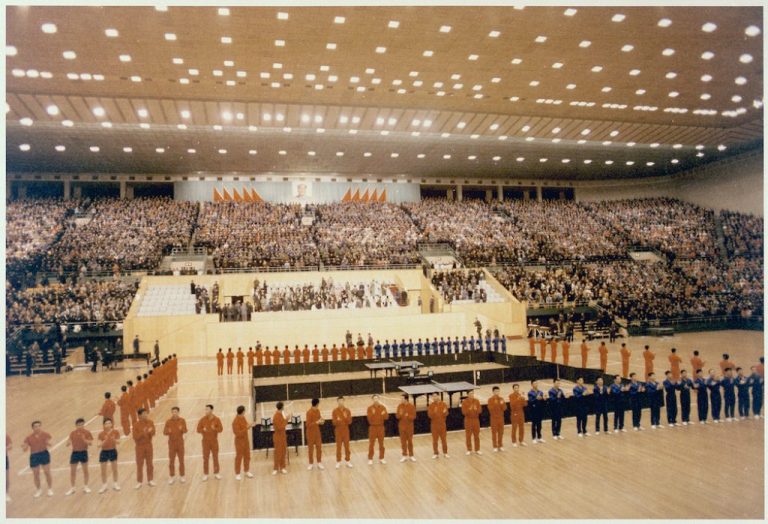 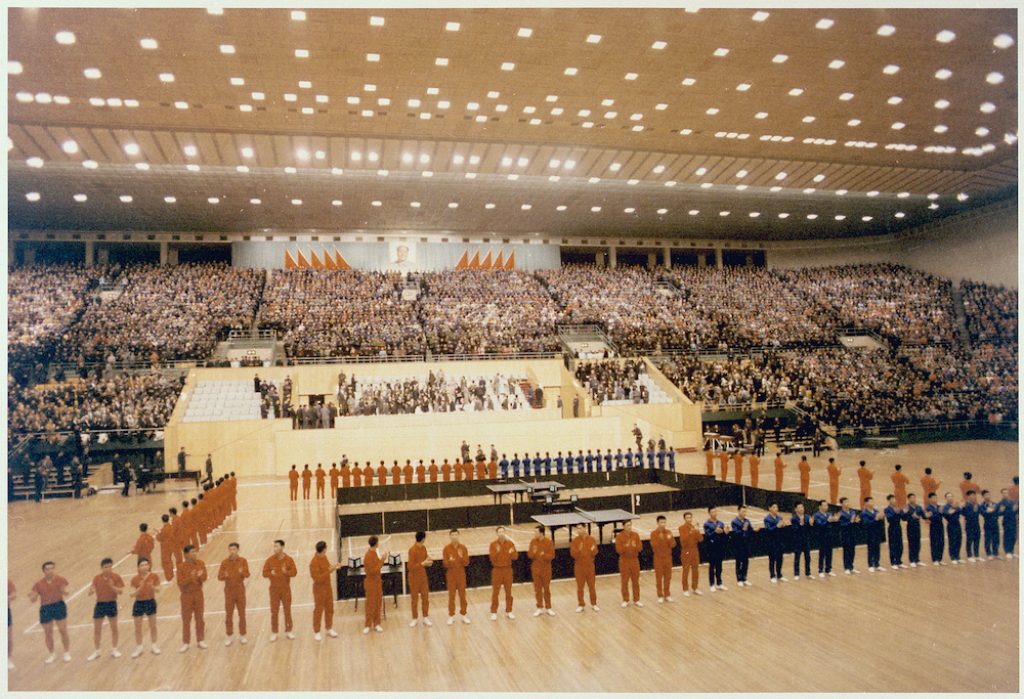 A ping-pong exhibition match in Beijing in 1972, which Nixon attended. (Photo: US National Archives and Records Administration)

As an increasingly anxious world watches the growing rivalry between the United States and an ascendant China, this April marks the 50th anniversary of an event in Beijing (then Peking) that changed the world.

Dubbed ‘Ping-Pong Diplomacy’, a surprise Chinese invitation to a US table tennis team to visit the People’s Republic of China paved the way to mending long-severed ties between the world’s most powerful nation and its most populous.

This Chinese initiative, a classic example of Beijing using sport to further its political and strategic goals, was hailed as one of the key developments of the late 20th century. One could also argue that Ping-Pong Diplomacy sowed a seed for the tensions that strain China-US relations today.

It was my good luck to cover the match for Reuters. The global landscape then was far removed from today, with China slowly emerging from the grimmest days of the Cultural Revolution, one of the deadly political storms unleashed by Mao Zedong. The economy was blighted, and the horrors of famine were recent. Today’s glittering modernity was a distant dream.

China also faced an increasingly hostile Soviet Union, formerly an ally, with clashes erupting along their mutual border. Beijing needed better relations with the US as a counterweight to the Soviets. 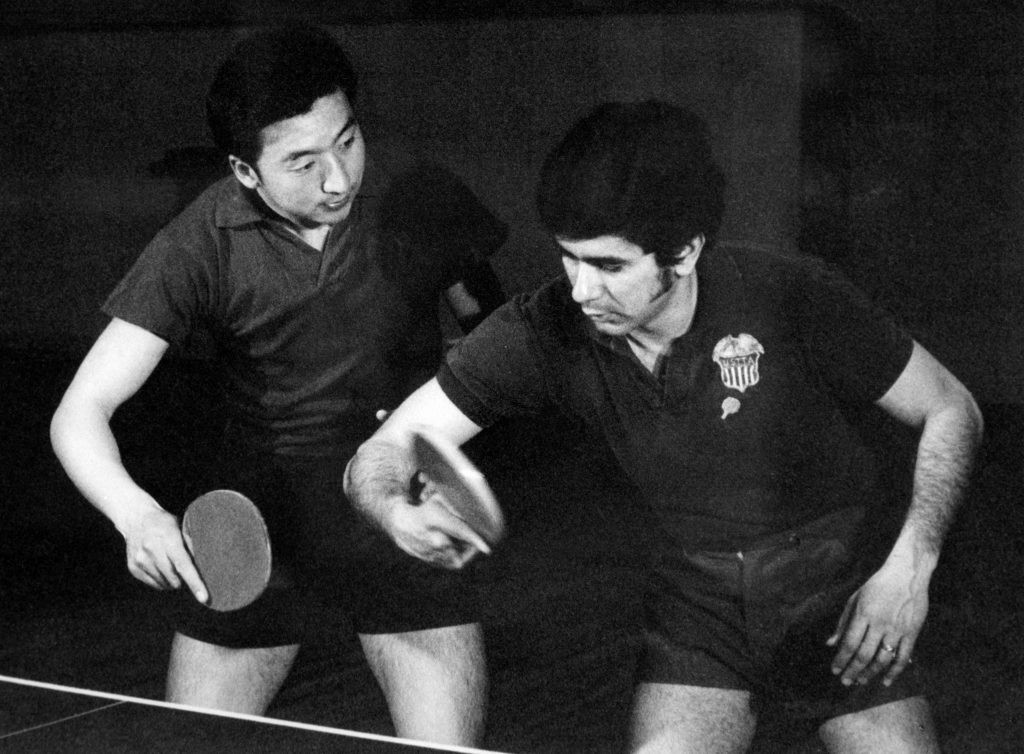 For its part, the US was still mired in the Vietnam conflict. President Richard Nixon had pledged to bring his country out of Vietnam with honour. Improving relations with China, which strongly supported North Vietnam, might help to achieve that goal. And Nixon, too, sought to use Beijing to counterbalance Moscow – or to “play the China card”, as was said at the time.

Both China and the US had motives to thaw their relations, which had been in near deep freeze since the Communists took power. As a symbol of that enmity, American passports were marked “not valid for travel into or through mainland China”.

The curtain rose on the diplomatic breakthrough in Nagoya, Japan, host to the 31st World Table Tennis Championship in March 1971. Following an encounter between the flamboyant American player, Glenn Cowan, and China’s star Zhuang Zedong, Mao approved an invitation for the Americans to visit China.

The US accepted. Diplomats in Japan blacked out the not-valid-for-China line in the Americans’ passports. But how to get to Beijing? Such was China’s isolation, there were no flights from Japan, or indeed from virtually anywhere. 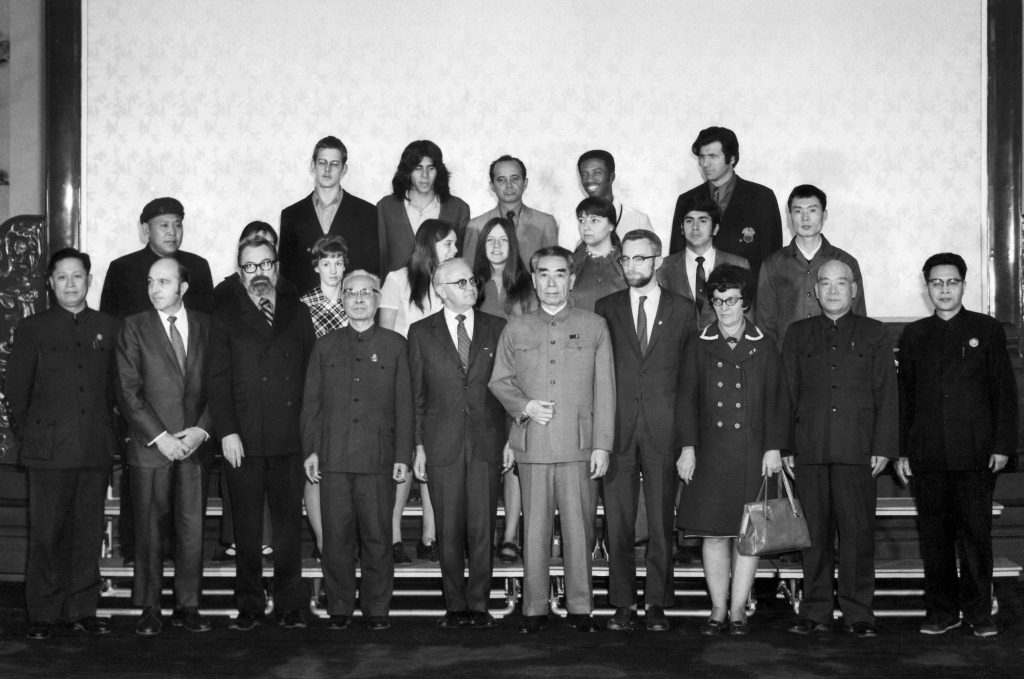 The Americans flew to one of the few entry points, Hong Kong, and walked across a diminutive railway bridge at Lo Wu which marked the border. From there, they took the train to Guangzhou and flew to Beijing.

Ping-Pong Diplomacy was also a turning point for Reuters, and for me personally. At that time the news agency had no reporters in the Chinese capital. Its last China correspondent, Anthony Grey, had endured 27 months of vindictive and humiliating house arrest between 1967 and 1969.

His ‘crime’? British authorities in Hong Kong had arrested pro-China media workers during the 1967 unrest, and Grey’s confinement served as retaliation. His books about the ordeal, Hostage in Peking and The Hostage Handbook, remain riveting reading.

Reuters was offered a reporter’s visa to cover the table tennis drama, and, as I came off an overnight shift at the 24-7 China-watching Hong Kong bureau, I was told to collect the precious document from the China Travel Service office in Kowloon. The next morning, carrying my typewriter and £300 (which would be roughly HK$20,600 today) from the Hong Kong bureau chief, I crossed the Lo Wu bridge for my first, long-sought glimpse of Mao’s China.

I was not in the least apprehensive about being the first Reuters staffer in China following Grey. I was just excited. The situation in 1971 had changed since 1967 when the Cultural Revolution mayhem was at its height.

So it was that in the afternoon of 14 April, in Beijing’s Great Hall of the People, Premier Zhou Enlai told the Americans that they had “opened a new page in the relations of the Chinese and American people”.

Zhou also took a question about the hippie movement from shaggy-haired Cowan. Wearing a floppy yellow hat, a T-shirt emblazoned with “Let It Be” and purple, bell-bottomed trousers, Cowan cut an incongruous figure amid the almost universal drabness of 1971 China.

The Premier said he didn’t know a lot about it, but “youth wants to seek the truth and out of this search, various forms of change are bound to come forth… when we were young, it was the same too.”

To my alarm, Zhou also remarked on the presence of a Reuters correspondent, and that he had read my reports about China. I asked Zhou what he thought of them. He said some reflected the reality, and some didn’t. ‘I’ll take that,’ I thought.

The actual ping-pong matches seemed fairly routine. The Chinese players far outclassed the nine Americans, who were handed a few games for the sake of face. But ultimately this wasn’t really a sports event. 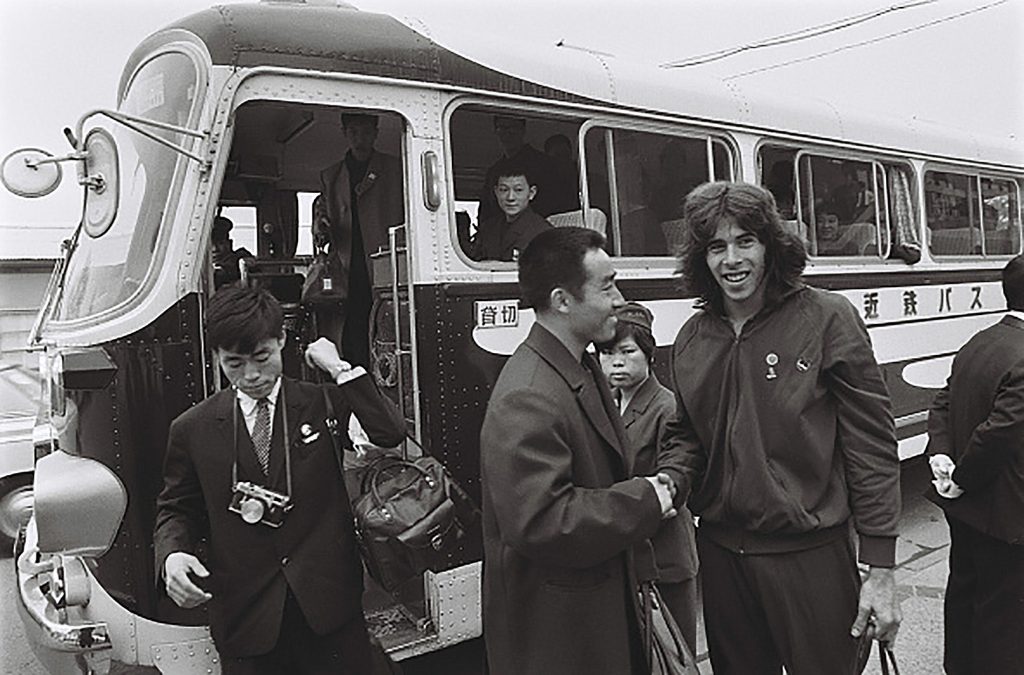 Filing copy in those days of primitive communications – even telephone calls from China to the outside world were an on-off possibility – was a numbingly slow process. It involved handing in my typed stories at a post office where the words were counted and paid for on a per-word basis. Hours would elapse before my prose – doubtless well-examined by censors – reached Reuters in Hong Kong.

Speaking of surveillance, I made a point of giving my minders the slip to see the house where Grey had been incarcerated.

I repeated this token gesture of remembrance regularly when I was based in Beijing with Reuters in the 1970s and ‘80s. What Grey endured must not be forgotten.

After Ping-Pong Diplomacy, events moved rapidly. US National Security Advisor Henry Kissinger paid a secret visit to Beijing in July in 1971 and Nixon made his historic visit to China in February the following year. 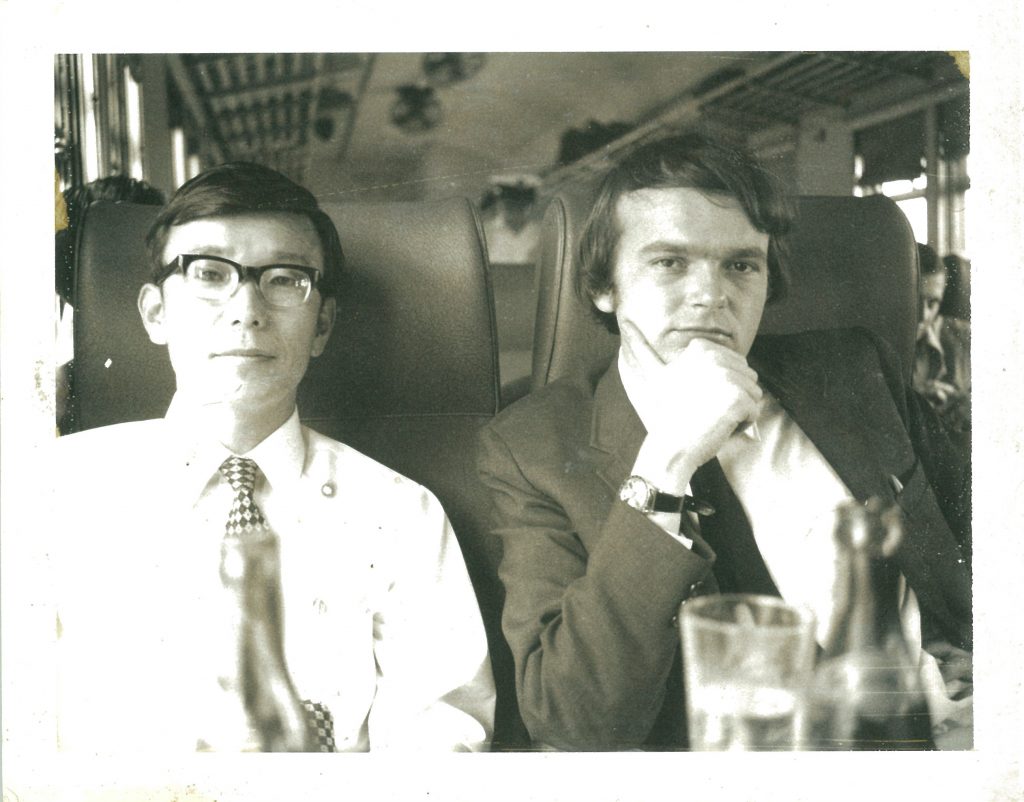 Full diplomatic relations between China and the US followed in 1979, just as China was opening to the world and gearing up to become the economic – and geopolitically assertive – powerhouse that it is today.

Few could have imagined 50 years ago during Ping-Pong Diplomacy that China is now better known for its aggressive “wolf warrior” diplomacy.

A Dispatch from 1970s China

“Breathlessly describing everything I saw during my visit – as first-time reporters to China tended to do – I mentioned in an article, written in Shanghai while on my way home from the capital, that I had seen two Chinese airforce jets take off at the airport.

Being an aviation buff, I recognised them as a Chinese-manufactured version of the Russian MiG-19. About an hour after filing, and clearly, before the story had been transmitted, an official approached me and said, deadpan, that there was one sentence in my report that was “not in the best interests of Sino-British relations”, terming Reuters as a British government organ.

He indicated the few words about the jets. Hastily, I deleted the offending reference and heard nothing more. International relations remained undisturbed.” 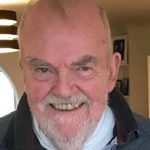 In 30 years at Reuters, apart from Ping-Pong Diplomacy and three years based in Beijing, Jonathan Sharp covered wars in Vietnam, Lebanon and Angola, the release of US hostages in Iran (1981), Steve Jobs’ launch of Macintosh (1984) and the release of Nelson Mandela (1990).