News The Correspondent A Walk Down Memory Lane Wit... 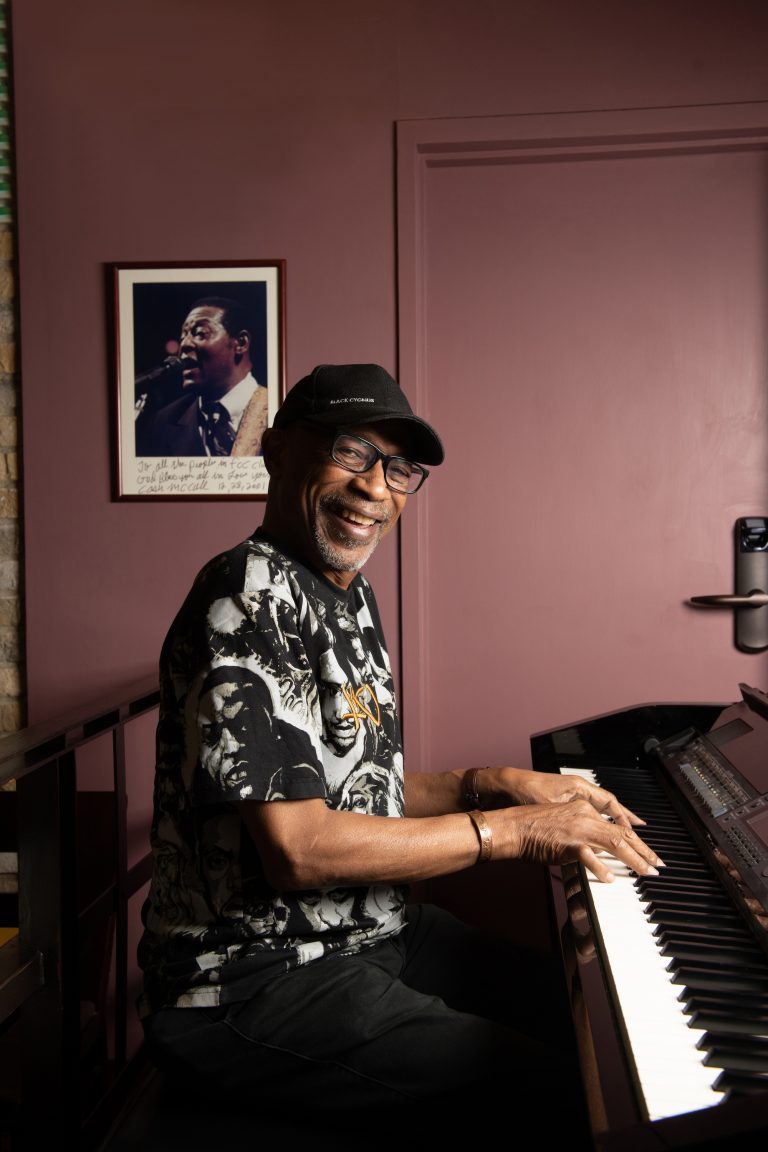 Now that the FCC is a Type D venue, live music is back on the docket. We caught up with FCC Music Director Allen Youngblood for a walk down memory lane.

After a year without live music, you can once again experience some of the best sounds in the city at Bert’s. The FCC’s basement bar and bistro – named after the late Bert Okuley, the piano-playing former FCC President – is hosting a gig every other Saturday night.

It’s been a long time coming for Allen Youngblood, who oversees the club’s music programming. The FCC’s Music Director – who’s also a jazz pianist, composer, music teacher and event planner – has been with the club since 1997. “I wanted to stay through the handover,” he says. “My degree is in history so I didn’t want to read about history when I could see it for myself.”

At the time, Youngblood was playing gigs at the Main Bar and The Peninsula Hotel. One night, the late Hugh van Es offered him a job as the musical director, taking over from all-round entertainer Larry Allen who was returning to the United States. Since then, Youngblood has created one of the city’s best live music venues.

Over the years, Youngblood has performed alongside countless stars – Eddie Harris, Ernestine Anderson, Cash McCall, Eddie Clearwater, Martha and the Vandellas to name a few – and orchestrated large-scale FCC events. These include the club’s first-ever Charity Ball in 2002, two Jazz Festivals at the FCC, and a trip to Puerto Galera Jazz Festival, for which Youngblood and co-organiser Terry Duckham flew 75 club members to the Philippines. “Exactly 73 of those people behaved themselves. I won’t name the other two,” he laughs.

Bert’s is not just a jazz bar, though. The club strives to showcase a wide variety of music. “We’ve had Argentinian tango dancers, a German youth group, Mongolian a cappella, blues, Latin, and Grammy award winners like Ernie Watts and David Sanchez,” says Youngblood.

Youngblood is relieved to see live music returning to the city, but can’t wait to get back to full capacity. “Through these trials and tribulations, I really appreciate how the FCC has treated me,” he says. “Since 1997, I have met so many interesting, talented people. I love that a correspondents’ club features live music – and I hope it always does.”
We measure site performance with cookies to improve performance.