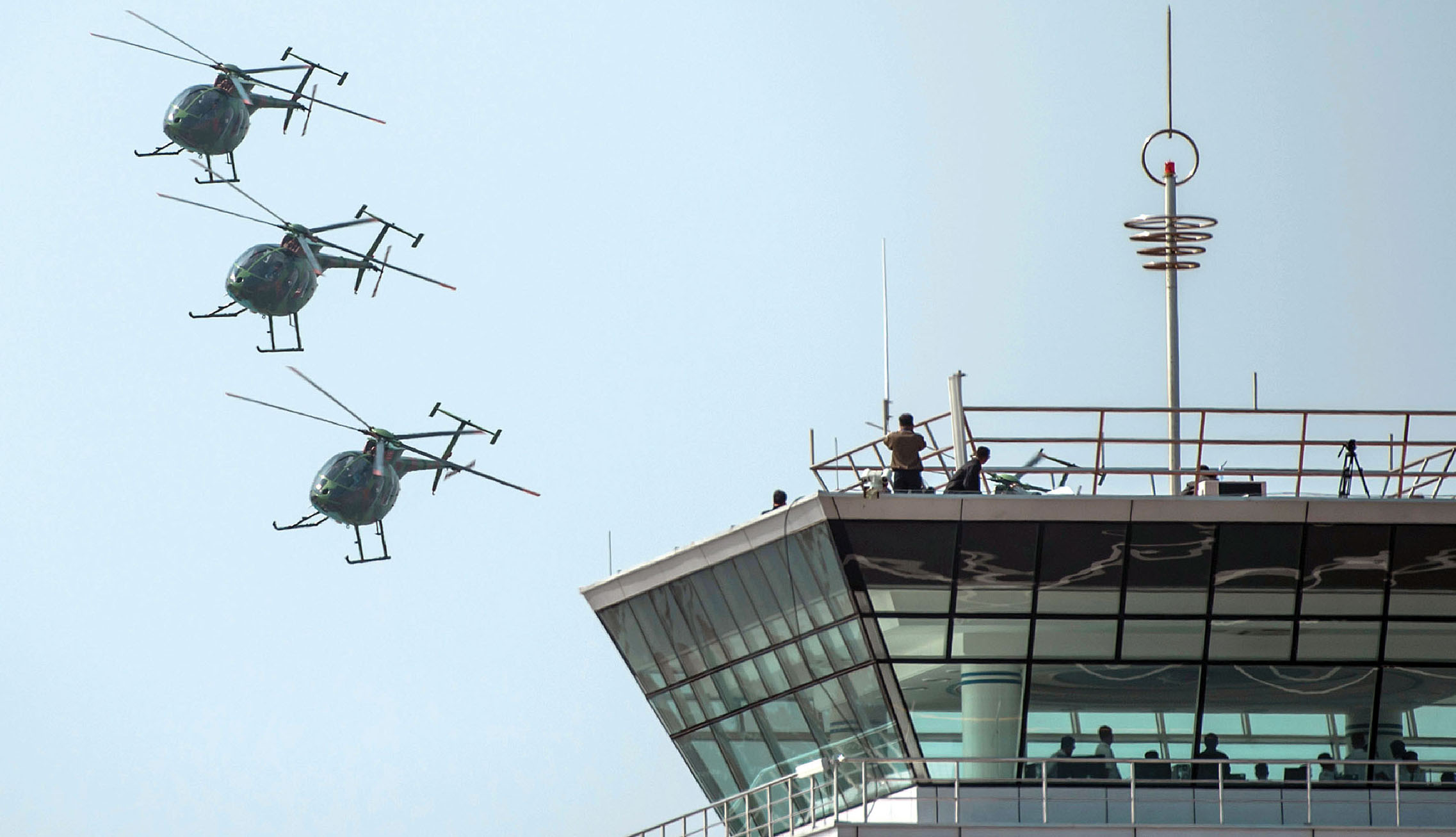 Agence France-Presse’s new bureau in Pyongyang, which opened in September, is already churning out the stories.

The bureau, which was officially opened by Emmanuel Hoog, the group’s chief executive and chairman, so far has been focusing on producing video and photographic content.

It was able to open following an agreement made earlier in the year between AFP and the Korean Central News Agency (KCNA), following “about 10 rounds of negotiations that began in 2012”, said Philippe Massonnet, AFP’s Asia-Pacific regional director.

“Not that there was any resistance by the authorities, but it was only a matter of time as we were not only dealing with KCNA, but other government departments as well.”

The Pyongyang bureau will be staffed by a locally hired videographer and a photographer, who will work in conjunction with visiting foreign correspondents, which mirrors what other international news bureaux, including the Associated Press, Xinhua, Ria Novosti and Japan’s Kyodo News. AP opened the first foreign bureau in 2012.

As a big international newsagency “we have to be wherever we can”, Massonnet said. “For us, it is normal and natural to open an office in North Korea, as we open offices everywhere in the world – in some we cannot employ locals, in others it’s foreigners.”

With North Korea’s total media censorship and control it must be a struggle for the locally hired staff to function properly for foreign media – even with training.  “We brought the North Korean staff to Hong Kong in August for training sessions about how AFP works as well as going on shoots to take care of the practical aspects,” Massonnet said. “The two were competent and open and enthusiastic about the training and even though they were accompanied by an KCNA official the training was unsupervised.

The AFP team check out the work of local artists in a Pyongyang park. Photo: AFP

“We had worked with the same official before during the negotiations and got on well, so we took the opportunity to show him how we deal with photo and video stories from other countries – which he found interesting even though he acknowledged that many of those types of stories would not be done by KCNA.”

AFP’s Seoul bureau chief will run the bureau while teams from South Korea, Hong Kong or China will be sent every two months or so as part of the deal. “So far, we sent a team in July, again in September and another is planned for November,” he said. “There are no visa problems and now the visas are issued in Hong Kong rather than having to go via Beijing.”

The November mission we will try to get, among others, the August flood aftermath story, but it is difficult – or at least time consuming – to get approval. “Typically, we submit a list of say 20 potential stories in the hope of getting five or six to run with.”

So far the Pyongyang team has been involved in stock footage shoots of the capital as well as getting on the streets and train stations and the like; or reacting when someone noteworthy visits Pyongyang. “We did cover the 15th Pyongyang International Film festival [brainchild of the cinema-obsessed “Dear Leader” Kim Jong-ll in September.

“It’s really a way of showing as much as we can about what’s happening in Pyongyang. Many of our clients – particularly in South Korea and Japan – want as many images as they can get from the country.”

In this picture taken on September 29, 2016 commuters wait for a bus during the morning rush hour in Pyongyang. / AFP PHOTO / Ed Jones

One of the ways the AFP team gets around in North Korea is to work with NGOs, “often going to places that are normally difficult for journalists to get to”. A case in point is that they were able to cover the floods in North Hamgyong province, where some 140 people were killed and 35,000 homes destroyed, by being part of an NGO team. “It enabled us to get some great footage,” he said.

Everything produced by AFP in North Korea will be edited by AFP people, mainly at the  regional headquarters in Hong Kong. “There is no difference from anywhere else in the region where we have people taking photos or videos or writing stories. They send their material to Hong Kong, and it will be exactly the same for North Korean stories.”

Once a story is finished and on the “wires” that might be another story. “So far we have had no negative feedback from government officials,” Massonnet said. “We will see where the limits are of what is possible to do and what is not. If we think it is worth doing and reporting about, then we will do it. It may be difficult sometimes, but that doesn’t prevent us from working and getting good material.”

Apart from a few big occasions such as mass rallies and big celebrations, foreign media don’t report from North Korea very often. “So we have a very rare opportunity to be there every month and to deliver content to our Asian clients who have big expectations about our North Korea coverage.”

Massonnet likened the Pyongyang experience with Beijing in the 70s and 80s when correspondents had no official contacts or news sources and had to rely on what they saw in the streets as reporting beyond the city was all but impossible. However, when the big story came – China opening up – the resident bureaux could move fast.

“It makes sense to be in Pyongyang, not only because we don’t have much competition from the few journalists who go there, but also there are some opportunities to make connections so that you are ready when the big story breaks,” he said.

Massonnet said that even today in China, how many sources are there within the Chinese Communist Party to cover real political stories? You are left with the economic stories and speculation.

“The opening of an AFP bureau in Pyongyang will further strengthen the agency’s international network,” said the AFP chief executive, Emmanuel Hoog at the opening ceremony. “AFP’s role is to be present everywhere in the world in order to fulfil its news mission as completely as possible, in particular through images.”

AFP – which is a public company but governed by a board of representatives from French news organisations and the government – has 200 bureaux across 150 countries.