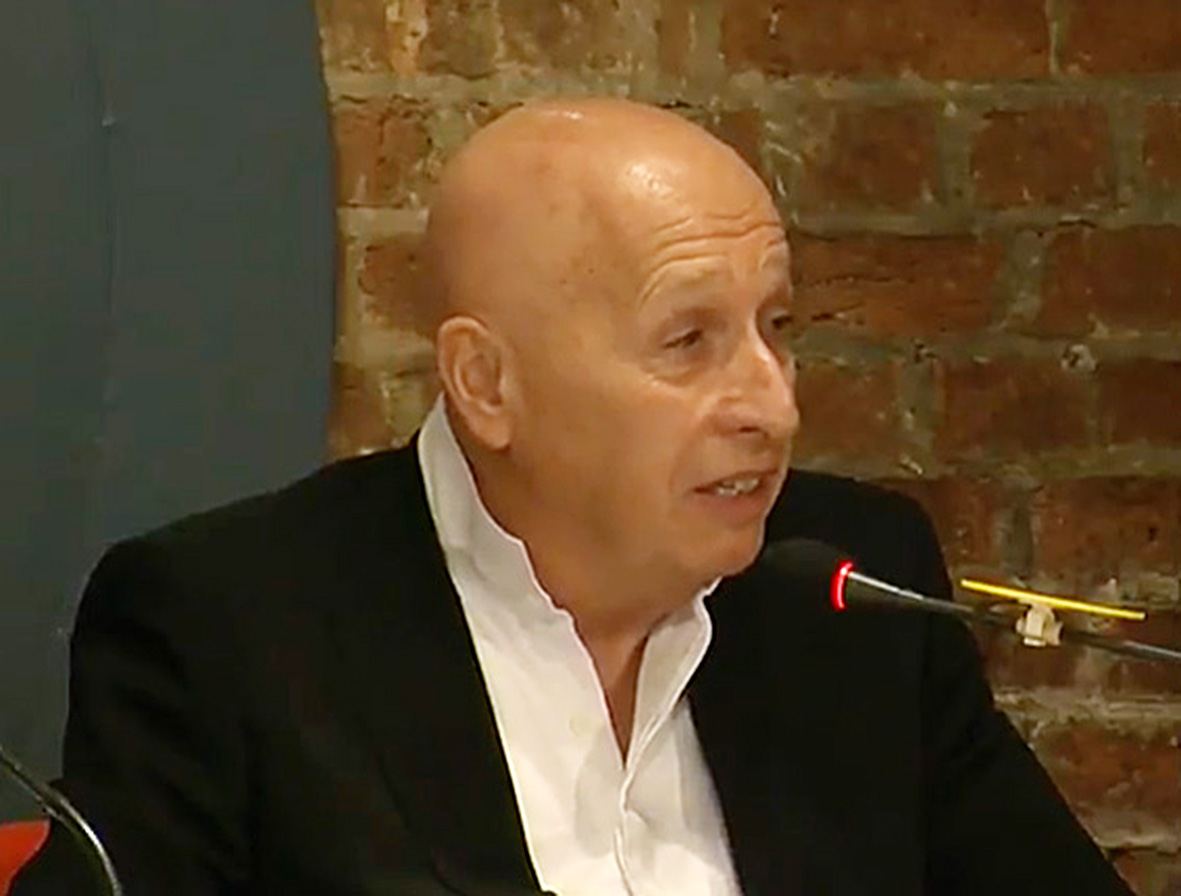 Allan Zeman spoke about his life and business at a recent lunch.

Prominent business leader, long-time Hong Kong resident and Chinese citizen Allan Zeman was guest speaker at a Club luncheon where he discussed his views on the political, economic and commercial future of Hong Kong.

Allan Zeman, Chairman of the Lan Kwai Fong Group, thinks Hong Kong has a ‘rosy’ future under the governance of Hong Kong’s Chief Executive Carrie Lam and believes the territory will be stronger if it works with China rather than against it.

Zeman, speaking at a Club lunch on May 25, discussed his views on the political, economic and commercial future of Hong Kong as well as musing over his unusual status as a Chinese citizen. Zeman has lived in Hong Kong for over 45 years and feels more at home here than in his native Canada. “I honestly feel I belong here, I don’t have another home… my roots are in Hong Kong.”

Victor Mallet (Financial Times Asia News Editor) who chaired the lunch began by asking Zeman his views on how and why, after a relatively stable 15 years post-handover, Hongkongers had suddenly become politically active. Zeman said that during the first 10 years the initial two chief executives (CE) primarily sought to emphasise stability. However, CY Leung, the third CE, had “definite ideas” but “unfortunately a divisive personality” which resulted in him often handling things badly – especially with the younger generation. Leung, Zeman suggested, failed to inspire them and left them with a sense of helplessness, especially when it came to getting on the property ladder. As Zeman put it: “All the people in the property market are in a boat in the middle of the sea. Those that are not on the boat are swimming trying to catch the boat to get on, but every time they get close, the boat goes further away”.

“If you’re happy…everything’s good, but if you’re unhappy you begin to look for alternatives,” he said. This, Zeman believes, is how the Pan-Democrats in Legco were able to “rouse the young” ultimately resulting in the Occupy Central movement. Zeman is loath to criticise China’s involvement after Mallet suggested Beijing could perhaps have “played a slightly more hands-off role and been a little more diplomatic”. Zeman’s contention is that the Occupy movement was the unintended consequence of outdated policing methods meeting modern technology. He elaborated by noting that the initial and relatively minor demonstration was badly handled by police, whose every move was being recorded and uploaded instantly to social media platforms. This in turn encouraged thousands of other mainly students to join in the burgeoning protest, leading the police to abandon their planned ‘small crowd peaceful solution’ and call for reinforcements – and then pepper spray.

The last five years have been difficult for everyone…hopefully Carrie will have a new beginning, if she’s given a chance – and the only way she can have a chance is if people get behind her.

Technology, Zeman stressed throughout the lunch, is the future and Hong Kong had fallen “way, way behind China” while slowly attempting to catch up. Too slowly for some. FCC member Lynn Grebstad asked Zeman why every major project in Hong Kong takes so long from conception to completion and, again, his answer was technology. Government departments remain ponderous and have been slow to move forward, for example still demanding all documentation in triplicate. China’s infrastructure projects, by contrast, are coming along apace and will impact Hong Kong “whether we like it or not”.  High-speed rail links between Hong Kong, Guangzhou and Shenzhen, for example, will make cross-border commuting feasible. “The borders will, eventually, evaporate” he said, as residents move to cheaper housing in China while still working in Hong Kong.

Zeman went on to discuss his relationship with Carrie Lam, who he has worked with for many years. They were colleagues on the board at Ocean Park and on the West Kowloon Cultural District board, where Lam’s decision regarding the Palace Museum has caused considerable controversy. “Whether the process was right or wrong, I look at the end result – what’s good for Hong Kong? Will Hong Kong benefit? How it’s done – sometimes you have to go into a grey area…”

When Lam announced her candidacy late last year Zeman switched his support from Regina Ip to Lam as he believed that she was in a better position to get things done. He also acknowledged that while Lam has clear goals and the will to see them through, she will nevertheless meet a lot of resistance. Lam is already facing difficulties assembling her cabinet after many of those she approached turned down the offer of a political post. Zeman remarked that “no one wants to go into government because it’s difficult, it’s a tough job.” Society remains polarised and it will be an uphill struggle to repair the damage. “The last five years have been difficult for everyone,” Zeman said, adding that “hopefully Carrie will have a new beginning, if she’s given a chance – and the only way she can have a chance is if people get behind her.”

A self-declared optimist, Zeman said he always sees the glass half full. While he also acknowledges that neither Hong Kong nor China are perfect, he stands by the “rosy vision” he predicted in a South China Morning Post article more than ten years ago. Although he admitted he failed to predict the current high degree of polarisation he said he remains confident Hongkongers will come together once again as “it’s important for Hong Kong people to really start to understand that our future lies with China.”