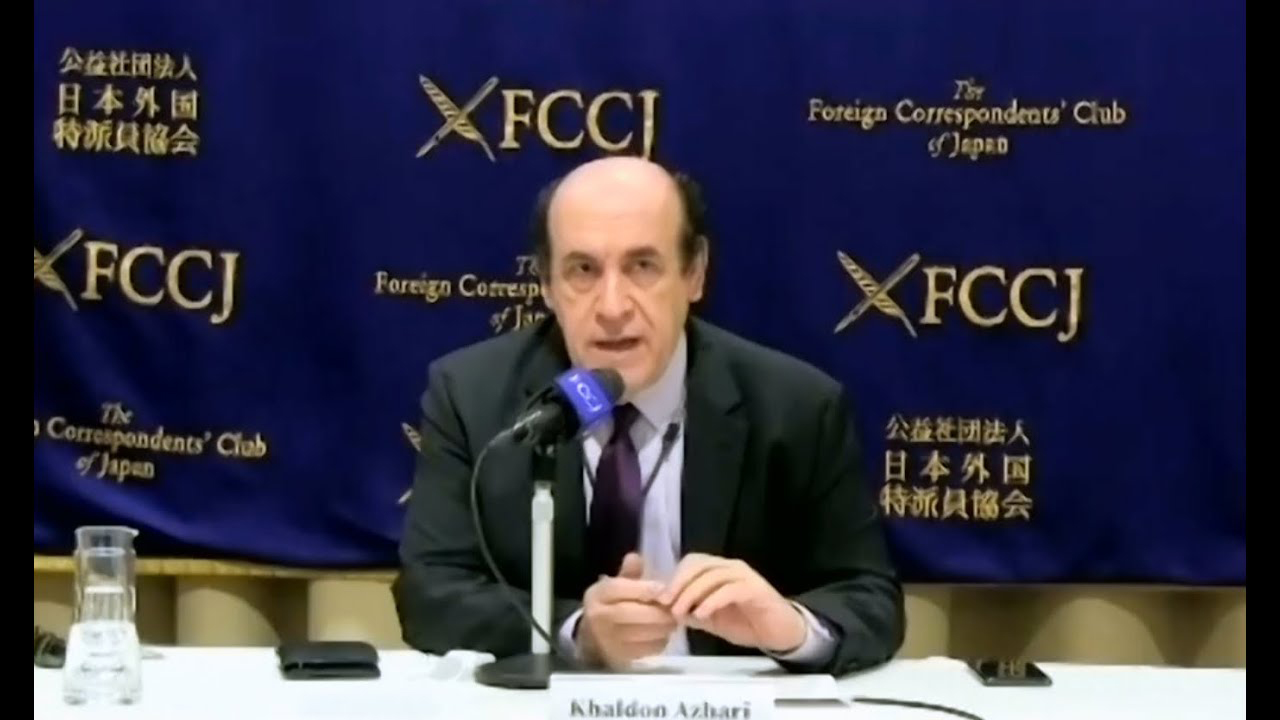 At least six journalist members of the Foreign Correspondents’ Club of Japan have resigned in a row over its board’s “craven collapse” to the Tokyo Organising Committee for the 2020 Olympic Games after it complained about the cover design of the FCCJ’s monthly magazine.

The April edition of the magazine, Number 1 Shimbun, had an article with tips for journalists on reporting the coronavirus pandemic and coincided with the postponement of the 2020 Games until next summer.

The cover art by designer Andrew Pothecary showed the Games’ logo, altered to incorporate the distinctive “T” of the COVID-19 molecule.

Pothecary, who has since become the target of threats on social media, declined to be interviewed for this story but told the Asahi newspaper that the design was “satire” with no intention to demean Japan.

The Tokyo 2020 design and the International Olympic Committee’s logo have been parodied in cartoons numerous times previously. Nevertheless, the Tokyo Organising Committee (TOC) wrote to the FCCJ on May 19 requesting the removal of the “extremely disappointing” design as it was a breach of copyright.

Khaldon Azhari, FCCJ president and president of PanOrient News, claims the board was “surprised” at the reaction of the Olympic organisers and said “sources also informed some board members, including myself, TOC will go after the club on legal grounds”.

Azhari said the club’s lawyers concluded that it would not win a legal challenge, although the TOC made no mention of commencing a legal case, and the club should comply. He said the board was “unanimous” in its decision not to stand its ground on freedom of expression or freedom of the press.

Other copyright experts say that the FCCJ would have had a solid case if it had fought its corner. “Clearly, the cover offended some people in our host country, Japan,” Azhari said at a press conference at the FCCJ on May 21. “We would like to express our sincere regret to anyone who it may have offended on all sides of the issue.”

Other board members disagree that acceding was “unanimous”. One said that most “thought it was a toothless threat and not worthy of a response”. The majority also saw the matter as “a clear freedom of the press issue and that the club should take a clear stand”.

The issue became big news in Japan, triggering angry calls to the front desk of the FCCJ. A number of staff received threatening calls on their mobile phones.

Concerned that a legal case would cause the FCCJ financial distress, the board withdrew the image. Greg Starr, the editor of the magazine, says he and Pothecary were “thrown beneath the bus”. Both have resigned.

“The fact that the board collapsed so utterly meant, to me, that there was no reason to stay around,” Starr said. He does not believe the image was a violation of copyright and is angered at Azhari’s apology.

“He did not give us any chance to defend ourselves before the board,” Starr said. “People can be offended, but the FCCJ does not have to apologise every time that someone powerful complains.”

Michael Penn, founder of the Shingetsu News Agency, is among the members who have resigned. “For me, defence of the freedom of the press is the core reason we have the FCCJ and it is written into our articles of association,” he said. “Until the FCCJ stands for the principles that it should stand for, I don’t want any part of it.”

Julian Ryall has been based in Japan since 1992 and is a correspondent for the South China Morning Post, The Daily Telegraph in London, Deutsche Welle in Germany and other publications around the world.