News The Correspondent Are you blue or are you yel... 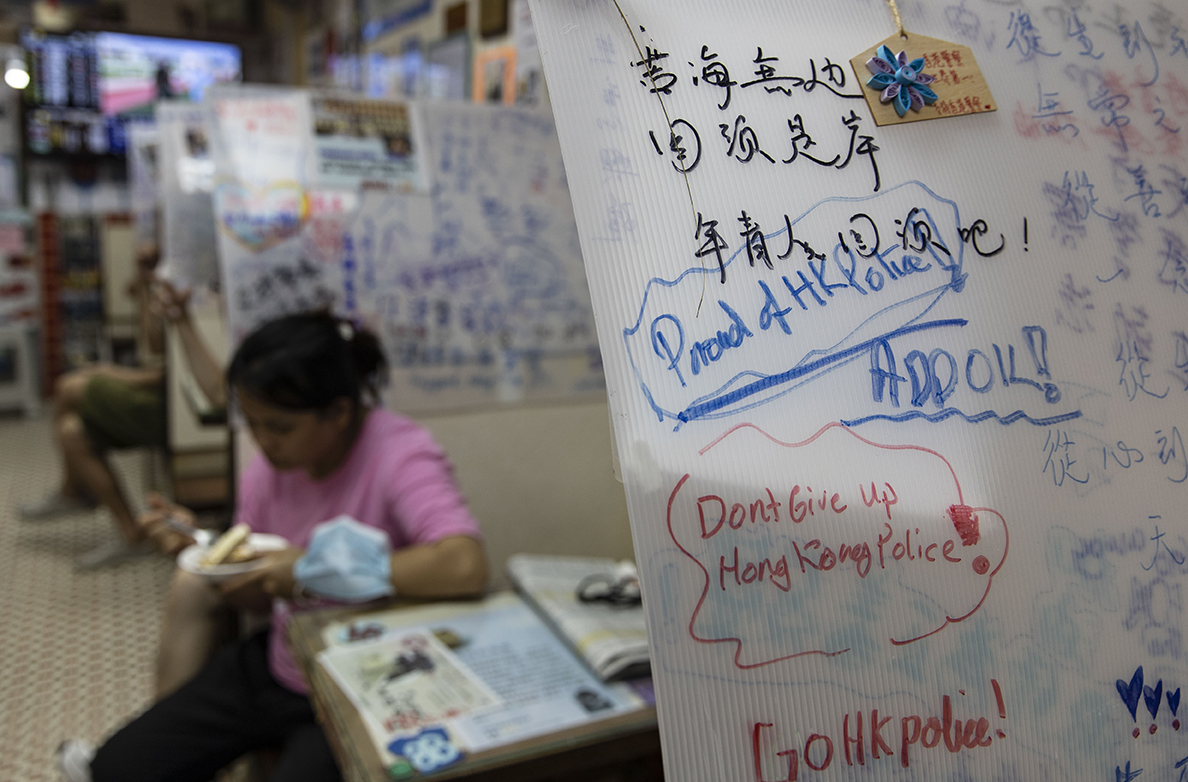 Are you blue or are you yellow? The colours dividing Hong Kong

Politics took on a different hue this year and the colour of someone’s loyalty determined where they ate, met and shopped. Photographer May James and student journalist Lauren F. Lau report 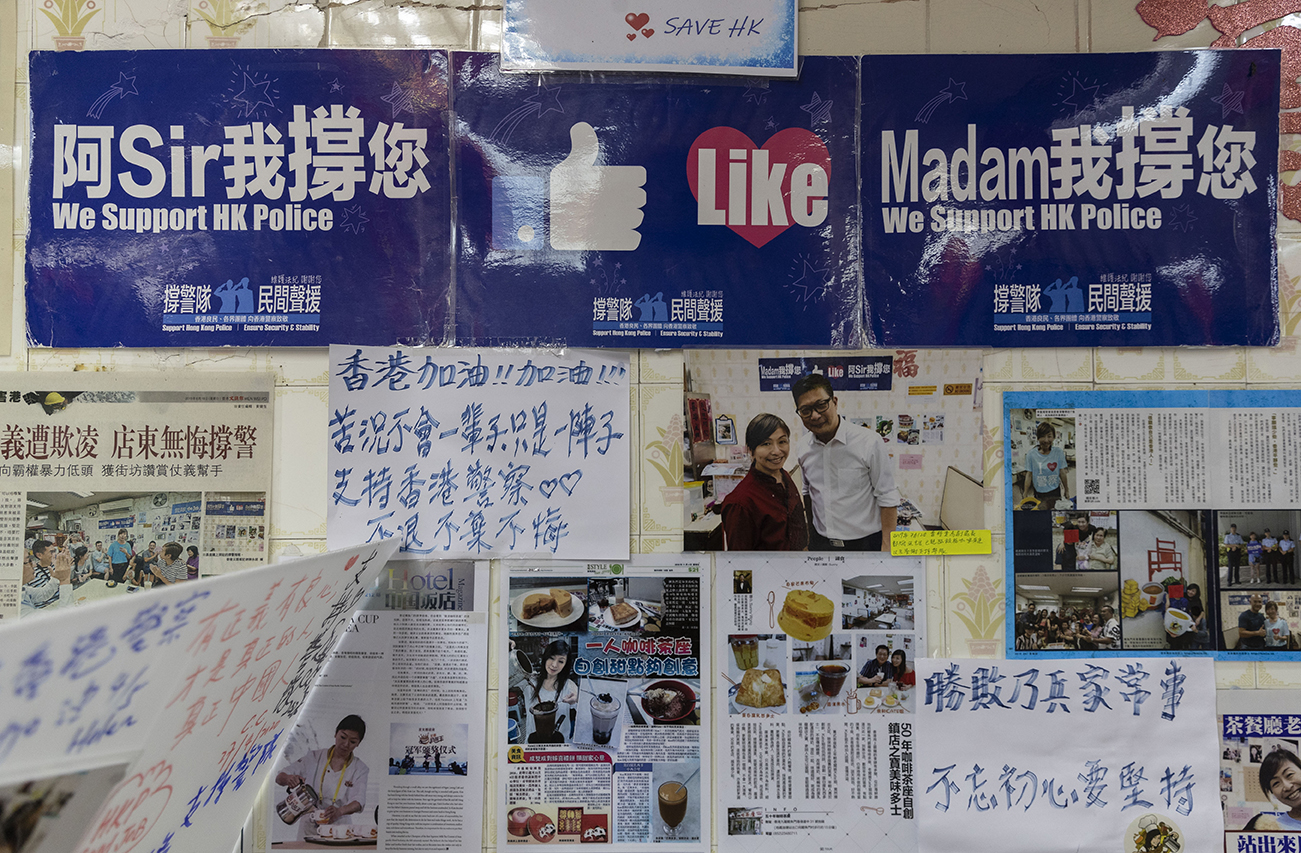 Hong Kong has always been a vibrant city, the “Pearl of the East” which lures many. But two decades on from the 1997 handover and it seems like Hong Kong’s inner glow has dimmed.

The political engagement of Hongkongers has taken a turn since June 2019. Long gone are mild protests with general demands; a new era of strong-willed sentiment has shaken the people. The two sides are more clear-cut than ever, and colour-coded.

In the yellow camp are the pro-democracy supporters. They were strongly against a proposed extradition bill to China, now withdrawn but which caused social uproar last summer, and oppose being ruled from Beijing. The blue camp is pro-government, pro-police and pro-Beijing. 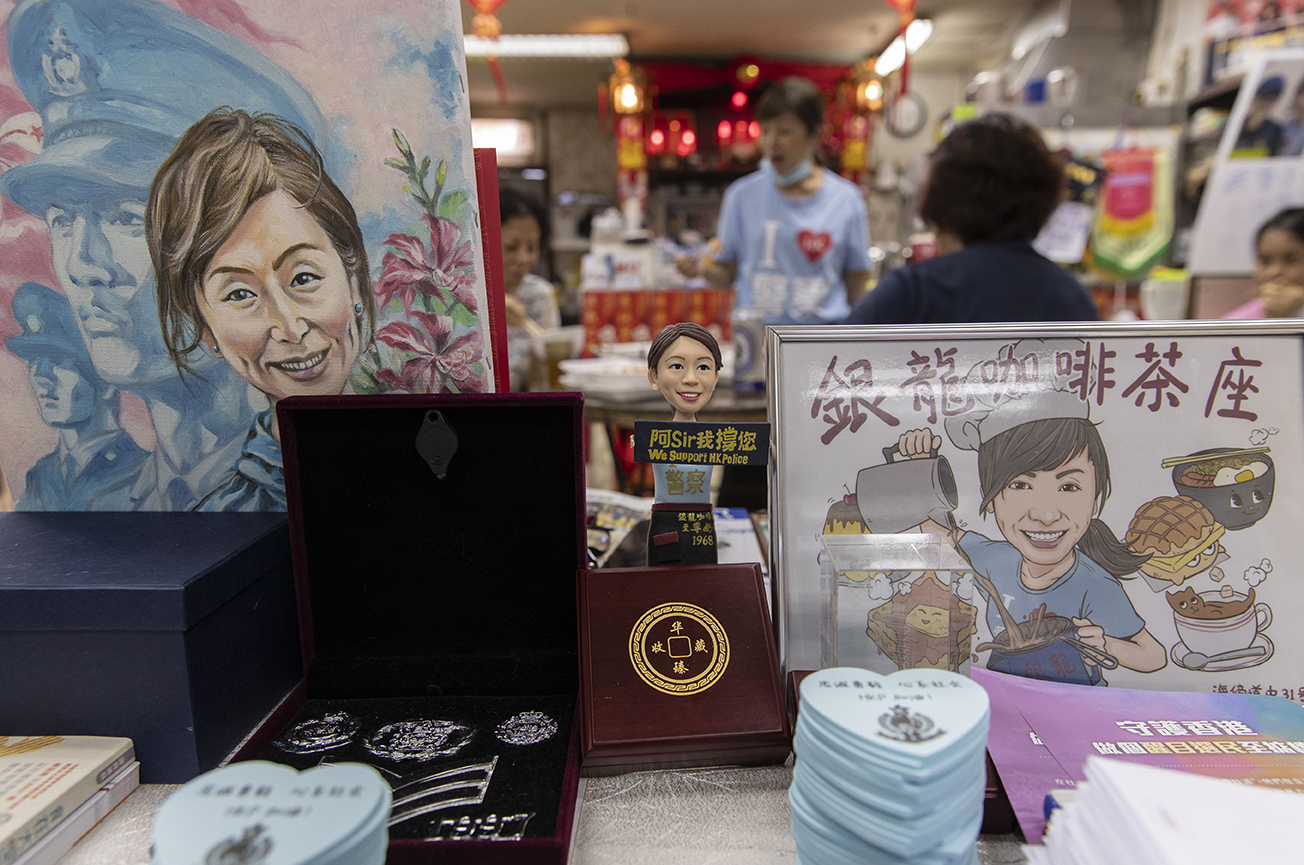 Café owner in blue T-shirt with ‘blue’ souvenirs for sale

Yellow and blue are essentially the new identity politics of Hong Kong. There is no longer a space for those that don’t pick a side, even though historically politics was never that important to Hongkongers.

Being the international financial centre it is, the money-driven people of Hong Kong used to seek convenience and efficiency in almost every aspect in life.

Now, it has all changed. Fundamentally, the people of Hong Kong have decided to hold onto what matters – their values and virtues. Justice must prevail, for both sides.

The crack has gone beyond the point of return. “Construction projects” were widely supported in the past year, when furious front-liners shattered glass panes and destroyed the premises of many businesses that expressed support for the government.

This behaviour created the concept of the “yellow economic circle” –  people support the pro-democracy camp by spending money only on businesses that share their politics. Mobile apps now help people locate where “yellow” restaurants and shops are. Supporters have researched all sorts of businesses, including coffee shops, beauty brands and supermarkets, naming those that should be patronised.

The blue camp has created similar platforms to promote businesses. The new pro-establishment Hong Kong Coalition is setting up a website to identify businesses that need an economic boost after the double blow from citywide protests last year and the pandemic.

The tensions created from the protest have torn society apart, and personal relationships have not been spared. Marriages, families and friendships have been traumatised. Threats to kick family members out of the household have become common insults at the dinner table. One year later, these shattered bonds are breaking the city’s heart.

FCC and Wall Committee member May James has been a freelance photographer since 2016. She documented the Hong Kong protests last year, working for Hong Kong Free Press, AFP, Bloomberg Asia and many other titles.

Lauren F. Lau was born and raised in Hong Kong and is a journalism student at HKU. She has written for SCMP and The Standard and is currently a reporter at iCable News, HKIBC. 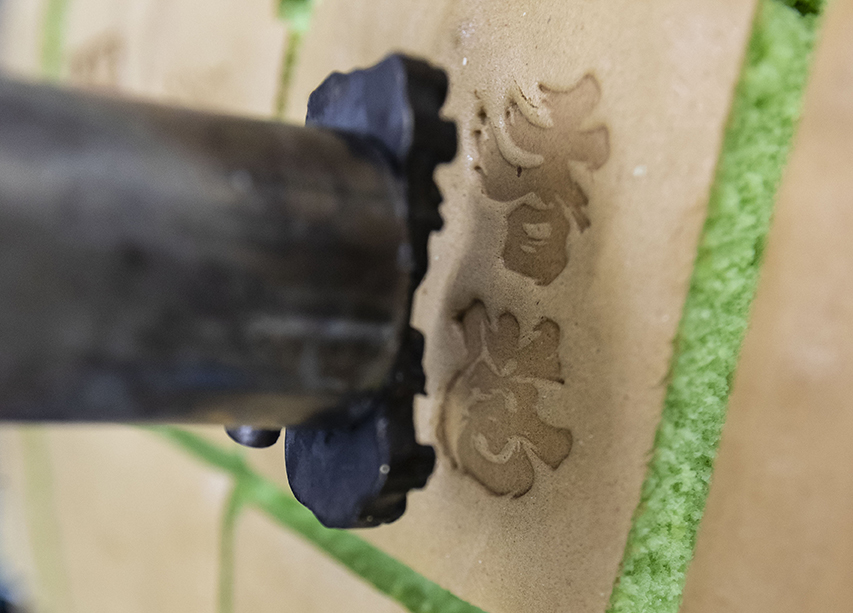 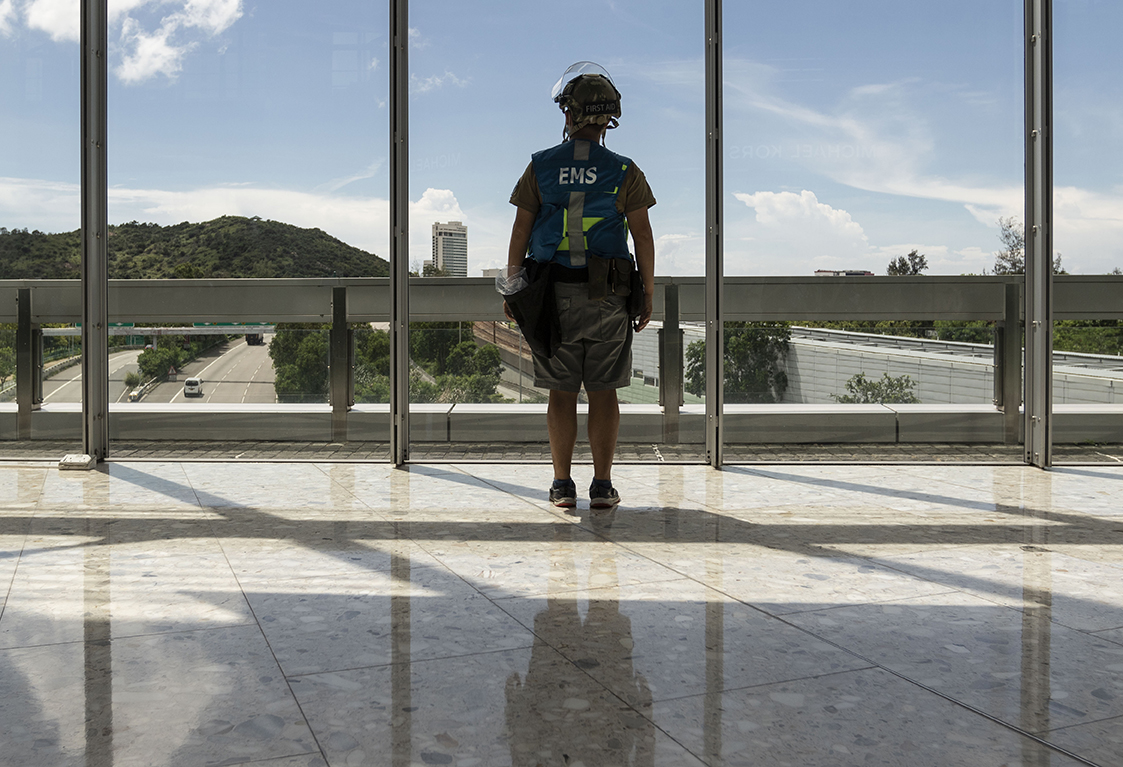 Torn apart: This young ‘yellow’ medic, aged 18, comes from a ‘blue’ family who are threatening to ‘kick him out’ of their home 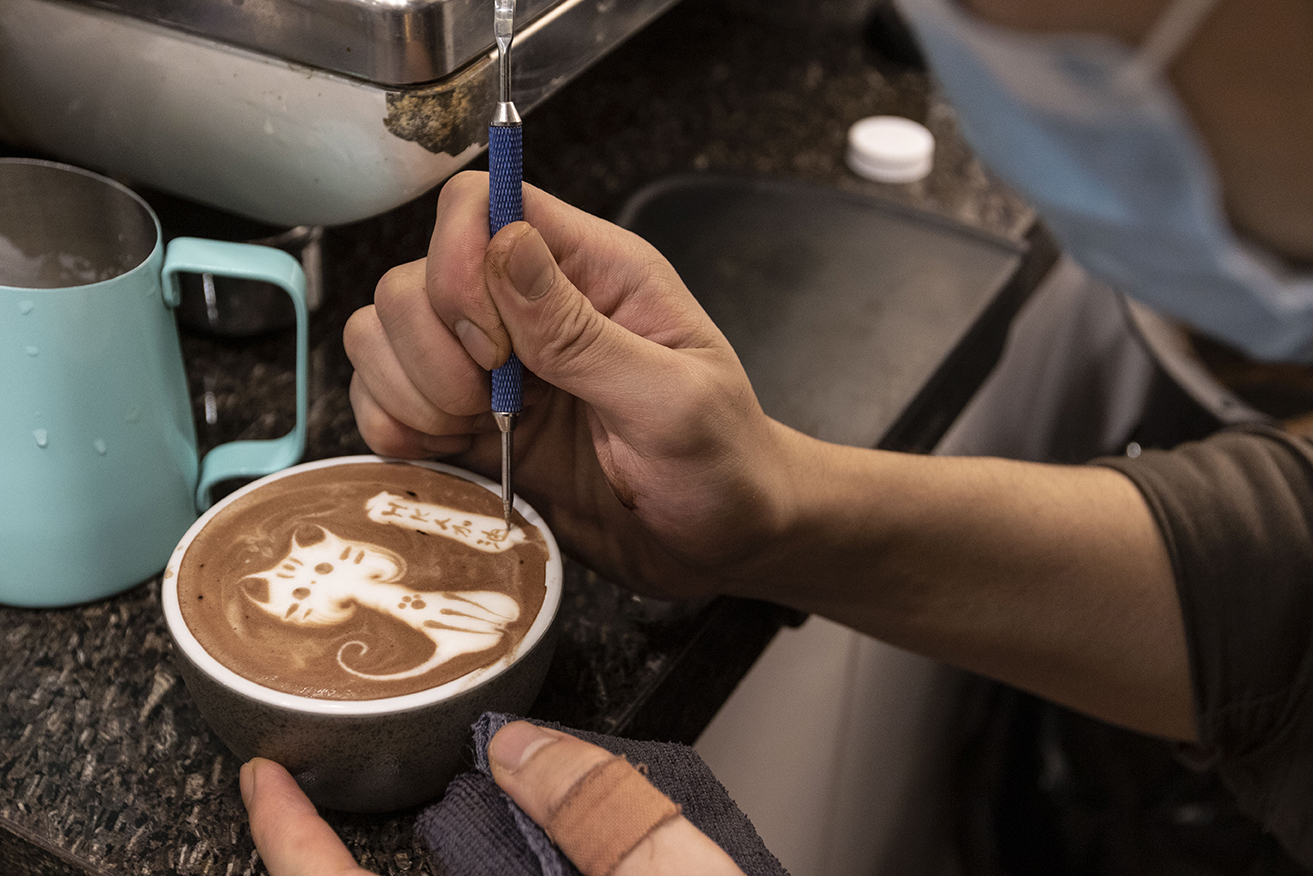 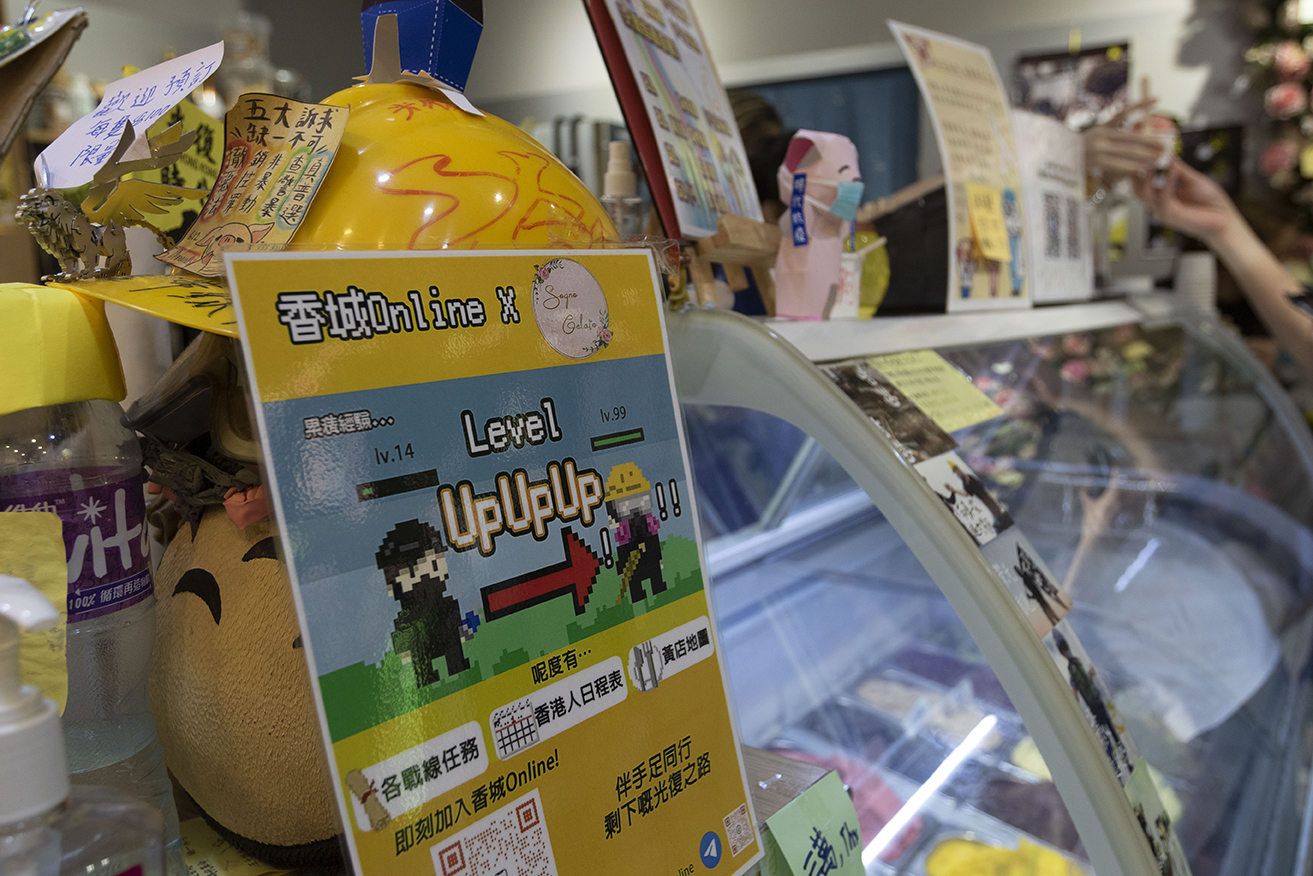