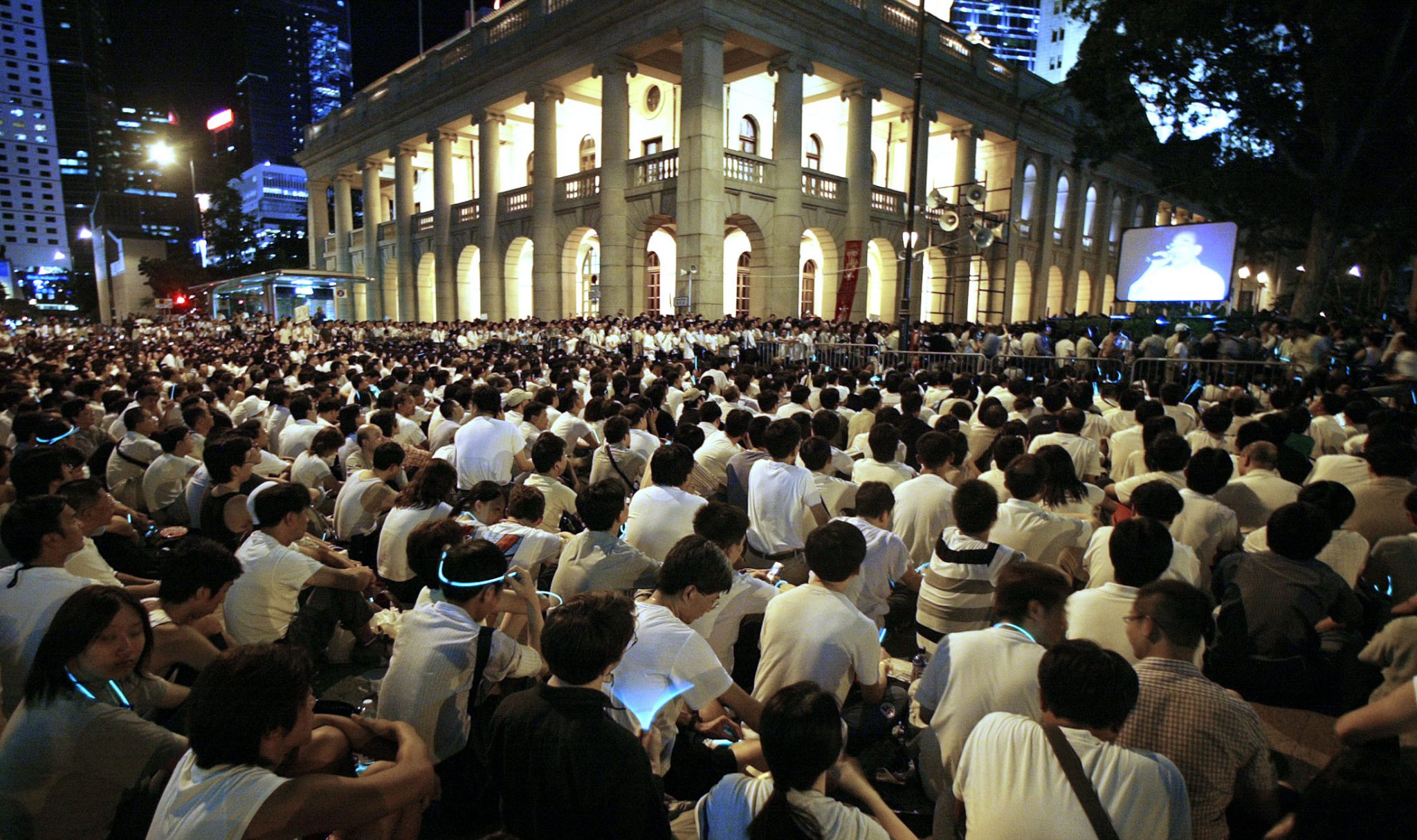 Article 23: Is Hong Kong’s anti-subversion legislation upon us under Carrie Lam?

In 2003, Article 23 of the Basic Law was withdrawn after it became clear the Legislative Council would not pass it. Fourteen years on, a new government in Hong Kong, new directives from China and a change in mood generally mean the law could be back on the table. Stephen Vines looks at the implications.

One thing is really clear – the government in Beijing is fed up with waiting for Hong Kong to enact Article 23 of the Basic Law and introduce sweeping anti-subversion legislation.

This is why, despite routine denials, the central government will be putting the heaviest of pressure on new Chief Executive Carrie Lam to ensure that her administration will make this a priority. It remains unclear how enthusiastic she is to go forward with this plan, but Ms Lam has no track record of being bold enough to say no to Beijing.

While Ms Lam’s personal views on this matter remains unknown we do know that Tung Chee Hwa, the HKSAR’s first Chief Executive, was an enthusiast for this legislation and needed little encouragement from Beijing to bring in an anti-subversion bill during his fifth year of office.

He failed. But what has changed since 2002 when he tried to get this legislation on the statute books following massive opposition? The answer is that the atmosphere of political confrontation has deepened; tolerance of the opposition has diminished and its legitimacy has been increasingly questioned as both civil society organisations and the media have found themselves in the firing line.

As journalists we are only too well aware of this, not least because of the vicious attack on one of our colleagues, Kevin Lau in 2014. More generally we have seen our industry come increasingly under the control of pro-Beijing bosses, while newsrooms have felt the heavy hand of both censorship in its brutal form and self-censorship. No wonder Hong Kong is sliding down the global press freedom list.

What all this means is that the environment for introducing a very tough version of anti-subversion legislation is more profound today than it was more than fifteen years ago.

Back then the FCC joined other opponents of the proposed anti-subversion bill. We did so because the fear then, as now, was that the law would bring the mainland’s broad notion of national security and state secrets to Hong Kong. This in turn paves the way for the prosecution of reporters undertaking normal journalistic activities. The FCC statement said that the proposed law would damage “Hong Kong’s reputation for free-flowing information and possibly spark an exodus of journalists and news organisations.” As it turned out cost pressures were primarily responsible for the exodus but there is still scope for further departures.

Hong Kong Secretary for Security Regina Ip speaks to the media about the controversial Article 23 in 2003. AFP PHOTO/Peter Parks

Memories are short and people have forgotten the extent to which the proposed law was draconian. It was a direct attack on freedom of speech in as much as writing or speaking about matters that could be deemed to be subversive was put on par with physical action to undermine the local or central governments. The previous bill made it clear that (vaguely defined) interests of national security would override considerations of civil liberties and freedom of speech.

As the FCC pointed out, the law could increase “government’s power to restrict the flow of information without a corresponding statutory right to access information,” while at the same time “placing the onus on reporters to determine whether or not information they obtain has been legally disseminated.”

Moreover Hong Kong permanent residents were liable to prosecution for anything written or said outside the jurisdiction of the SAR.

Shortly before the Hong Kong government introduced its anti-subversion legislation in 2002 a new law was enacted in the Mainland dealing with the “theft of state secrets” and publishing of “unauthorised” news. The law was aimed at preventing publication of more or less any material that the state had not authorised as fit for publication. It added to the chill in the atmosphere of the time, as it was clear that this edict could affect both Hong Kong and overseas reporters.

And, just in case anyone missed the implications for the SAR Regina Ip, the Secretary for Security who was mainly responsible for the new legislation and pursued it with vigour right up to the time when she was forced to resign, made it clear that the views of Chinese officials would be taken into account when deciding whether to prosecute the media.

With the hardline came her assurances, as expressed in an Asian Wall Street Journal opinion piece, saying: that the new law would “not have any adverse impact on freedom of expression, or freedom of the press, as they are currently enjoyed.” Her assurances might have been that bit more reassuring had they not come hard on the heels of her now infamous remark that democracy was overrated, using as evidence the mendacious claim that Hitler came to power in Germany as a result of elections.

However, the government propaganda machine, backed by the usual suspects, trundled on peddling the line that opponents of the law were being unnecessarily alarmist and had failed to understand that the legislation did little more than provide a highly necessary backstop in case things got out of hand.

The hollow nature of these claims was laid bare by the behaviour of Chinese officials when, and this was unusual for them, they encountered reporters who did not belong to state run outlets. Famously at a 2000 press conference President Jiang Zemin blew up at a Hong Kong reporter asking a mildly challenging question: “I’m addressing you as an elder,” he said, “I’m not a reporter. But I have seen too much and it’s necessary to tell you: In reporting, if there are errors you must be responsible.”

The same year Wang Fengchao, a mainland official in Hong Kong, said that Hong Kong media should not be allowed to report on Taiwanese or Tibetan independence, even though Beijing has no constitutional right to interfere in matters of this kind which are supposed to be part of the SAR’s autonomous status.

Protesters carry a huge anti-Article 23 banner as they march through the streets of Hong Kong, 01 July 2003, to coincide with the sixth anniversary of the return to Chinese rule. Photo: AFP PHOTO/MIKE CLARKE

Now that Beijing is increasingly dictating how Hong Kong should proceed in all significant areas of local policy formulation, including, of course, anti-subversion laws, it is worth reminding ourselves of the Communist Party mindset that moulds thinking on issues that are seen as challenging the party’s supremacy.

In the world of smoke and mirrors that governs freedom of expression on the Mainland, Article 35 of the 1982 Constitution guarantees citizens “freedom of speech, publishing, assembly and the right to establish organisations, movement and protests”.

That sounds reassuring but it is qualified by Article 38 stating that the reputation of PRC citizens cannot be compromised by humiliating or libellous statements; Article 51 states that citizens cannot, in the exercise of their freedoms, harm the collective interests of the nation, society, or the freedoms enjoyed by other citizens; Article 53 calls for all citizens to “protect state secrets, cherish public assets…respect public order and social morals”. Then there is the killer Article 54 stating that citizens have the duty to protect the “security, honour and interests of the motherland” and that to do otherwise is prohibited.

In other words the constitutional guarantee of freedom of expression is severely undermined by sweeping qualifications that render it meaningless. In practice we see that things have, if anything, become much worse as the Xi regime has been using legal means to jail journalists and place ever tighter controls on social media, now viewed by the Communist Party as the main challenge to its vice-like grip on the media as a whole.

The idea of freedom of expression is entirely alien to dictatorships who, in Mao’s famous words, expect the media ‘to serve the people’. The concept of the media as a monitor for government actions, a platform for the exchange of opinions and a reliable source of accurate information is simply nowhere in the minds of the grey men in Beijing who control everything.

More than 200,000 people marched here to protest an anti-subversion law, known as Article 23, which many in this former British colony fear could erode political freedom six years after its return to Chinese rule. Photo: AFP PHOTO/MIKE CLARKE

Therefore in many ways it is a miracle that Hong Kong continues to enjoy the level of free expression that still prevails. The Communist Party worries about this on two levels, first that this freedom contains the seeds of contagion that can spread to the Mainland and second that the free exchange of information in Hong Kong undermines a clear intention to make the SAR increasingly subservient to Beijing.

It will be noted that Hong Kong’s Basic Law also contains an unequivocal pledge to ‘freedom of speech, of the press and of publication’, as stated in Article 27, mirroring the PRC constitution’s similar pledge. However the Basic Law does not contain the get-out clauses that exist in the Chinese constitution.

This should be reassuring were we not in an era where the National People’s Congress Standing Committee seems so keen to ‘reinterpret’ the Basic Law and where China’s commitment to the pledges made prior to the creation of the HKSAR have been placed in question. This year Chinese officials have gone so far as to state that the Sino-British treaty for the handover of Hong Kong is nothing more than a historical document of no contemporary relevance. In other words even an agreement lodged at the United Nations can be airily tossed to one side when it no longer serves the Communist Party’s needs.

No wonder people are so worried about what the pending Article 23 legislation will contain.