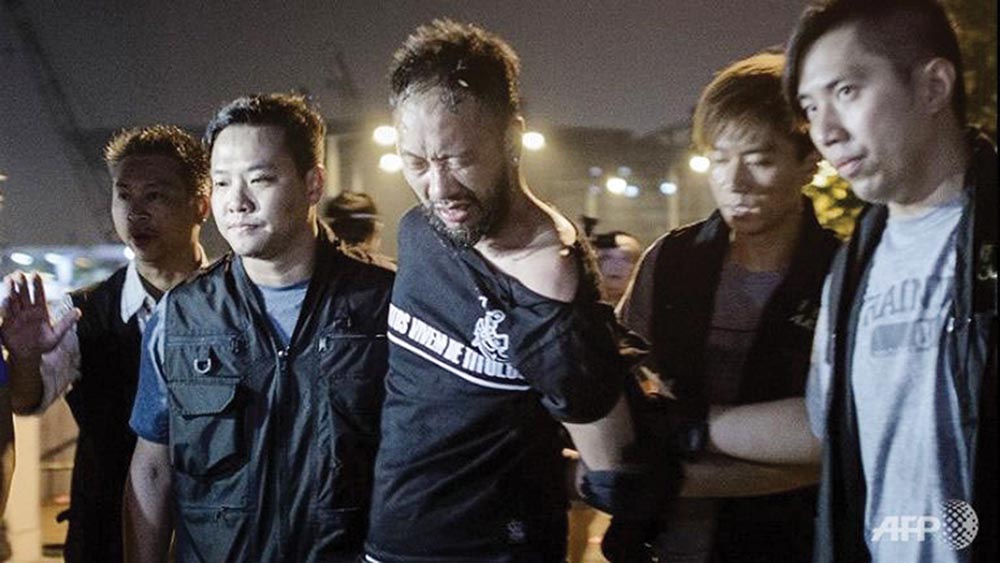 As jailed Hong Kong police have learned, the world is watching

On March 3, 1991, a taxi driver was pulled over by Los Angeles police ending a high-speed chase. After exiting his vehicle, four officers surrounded the driver. Three began beating him while another stood watching. They were unaware that George Holliday was overlooking the scene from a nearby balcony and videotaping the brutality. Holliday sent the tape to a local television station, which broadcast it. The video was picked up and rebroadcast worldwide. The driver, Rodney King, became internationally known. A state jury later acquitted the officers and the subsequent riots resulted in at least 55 people dead and 2,000 injured. It took the California National Guard to quell the unrest.

Since Holliday’s videotape, countless altercations of all kinds involving police and security forces have been captured on camera and shared with the world. Phone cameras are ubiquitous and countless people see themselves as citizen journalists. By now, every force on the planet ought to realise that the world is watching. But somehow they keep on forgetting.

That includes the Hong Kong police force, seven of whom have just been tried, found guilty of assault and given two-year jail sentences for dragging a protester – who was already in custody – under an overpass and administering a beating during the Occupy protests in 2014.

It was dark beneath the underpass, so maybe they thought no one could see them as they punched and kicked Ken Tsang. Maybe they were just oblivious to what was not immediately in front of them. Maybe they didn’t care. Only they can say.

Their defense lawyers argued that the tape, shot by cameramen for a local television station, should not be accepted as evidence. That failed. Then they argued, also unsuccessfully, that the tape might have been edited by unknown persons (the station denied that the tapes had been altered). In the end, the pictures told the story.

The officers, who were not inexperienced, forgot the lesson of the Rodney King case and of so many other similar abuses: You are not alone, even when you think you are. Even CCTV cameras intended to help law enforcement observe traffic, or to assist security guards stationed at buildings, can be capturing you and your behaviour.

The lyrics of the old pop song have never been more literally true: “Remember when you tell those little white lies/’Cause the night, has a thousand eyes.”

What is surprising about the Ken Tsang saga is not that it happened, but that we learned about it. In fact, allegations of abuse by the police are far from rare.

On historical average, 80 percent of complaints of assault by police are withdrawn by the complainants or deemed not pursuable. Of the remaining 20 percent, virtually all are found to be either “no fault,” “false” or “unsubstantiated.”

Despite the generally good overall reputation of the Hong Kong police force, numerous cases (sometimes hundreds) of alleged assaults are reported every year to CAPO, the Complaints Against Police Office. CAPO is under the police and is in turn monitored by the Independent Police Complains Council (IPPCC), a statutory body formed in 1993 whose members are appointed by the chief executive. Neither body has been uncontroversial, right up the present.

On historical average, 80 percent of complaints of assault by police are withdrawn by the complainants or deemed not pursuable. Of the remaining 20 percent, virtually all are found to be either “no fault,” “false” or “unsubstantiated.” I remember covering the legislature in 2013 when Secretary for Security Lai Tung-kwok, responding to a legislator’s question, said: “In the past five years, no complaint cases involving assault were found to be ‘substantiated.’”

There had been 323 complaints of assault the previous year.

Lai went on to say that many of the complaints were found to have been made by individuals who were themselves charged with an offence at the time, and who raised the assault allegation as part of their defense, only to drop the CAPO complaint afterwards.

So what we have seen over the years is a complaints mechanism where assault complaints are filed but not substantiated.

Lai’s answer came 12 years after the Los Angeles riots and a year before the 79-day Occupy demonstrations. In between, the police had already begun sending their own video crews to shoot protests, drawing complaints from the journalists with whom they jostle for position, as well as from demonstrators concerned about facial recognition and the chilling effect on public protest. The police in the field should be well acquainted with the technology by now.

But the officers who have been sentenced to two years in prison for beating Ken Tsang somehow forgot that world was watching, just as it watched what happened to Rodney King and so many after him. One hopes that this realisation will somehow help deter the use of excessive force in the future. But experience suggests that while some things will happen out of sight, others will happen in just enough light that once again the world will be watching.