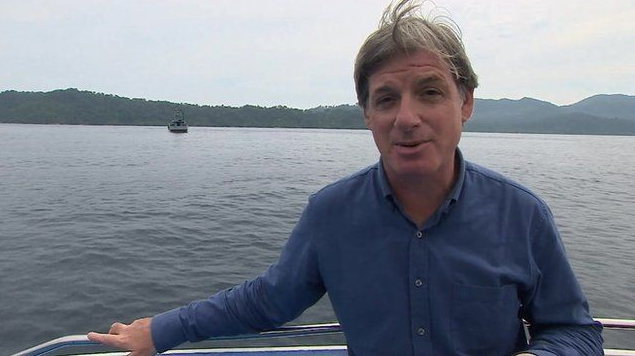 BBC correspondent faces Thai charges. The criminal defamation and Computer Crimes Act case in Thailand against Jonathan Head, the BBC’s Southeast Asia correspondent, is emblematic of the state of press freedom in Thailand, the FCC said in a statement of support. The charges, initiated by a private citizen over Head’s reporting on foreign retirees who were scammed in Phuket, carry a possible five-year prison sentence. Head had to surrender his passport, seriously impeding his ability to report across Asia. The FCC called on those responsible to throw out the case against Head. Moreover, Thailand’s leaders should undertake long overdue reform of laws regarding criminal defamation, computer crimes and lese-majeste.

Hong Kong’s press freedom ‘slightly’ better. Despite a slight improvement in the perception of press freedom in Hong Kong for 2016 after two consecutive years of decline, the Hong Kong Journalists Association, which conducted the latest survey in January and February, says the situation continues to be “worrying”. The annual Press Freedom Index for journalists rose 1.2 points to 39.4 out of 100, while the index for the general public increased slightly by 0.6 points to 48. The index measures a group’s perception of media freedom in their society.

The positive development, however, came despite 72% of the media workers surveyed  saying that they felt overall press freedom in Hong Kong had worsened in the past year. “But it is still hard to set our minds at ease as the press freedom index for both groups – 39.4 for journalists and 48 for members of the public – is still way below the passing mark of 50 points,” said HKJA chairwoman Sham Yee-lan.

Indonesia’s journalist blacklist. The expulsion of French journalists Franck Escudie and Basile Longchamp on visa violations from West Papua, highlighted the failed election promise of Indonesian President Joko Widodo to allow local and international journalists to operate in West Papua without obstruction, Reporters Without Borders said. Repeated refusals to issue press visas and the growing number of journalists on its blacklist, shows it falls far short of qualifying as a country that supports freedom of expression and media freedom.

Terrorism handbook. Unesco has launched a new handbook, “Terrorism and the Media”, designed to help journalists navigate the challenges of covering violent extremism. The primer states that terrorism and the fight against it “have become major elements of domestic and international politics, with the media firmly on the front lines, especially when attacks target civilian populations”. The 110-page manual is not just for those who specialise in national security, given that any journalist at any time can be thrust into reporting on a terrorist act. It can be downloaded online here.