News The Correspondent Bert’s bar: It’... 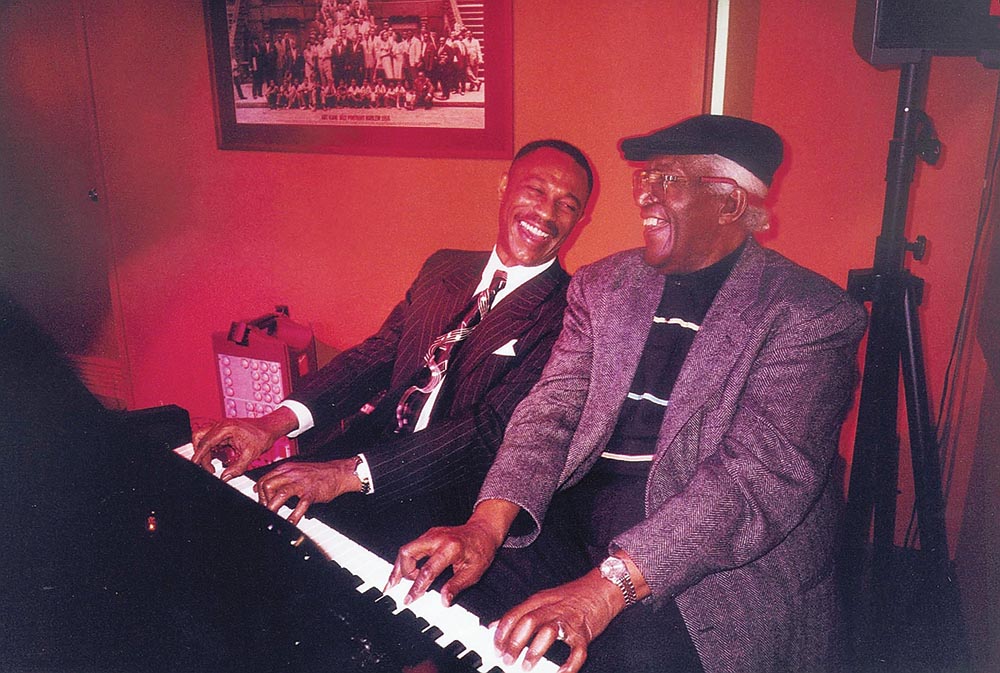 Allen Youngblood needs no introduction to the members of the FCC. He has been the man behind the music in Bert’s since it first opened in 1999. At that time Allen was an established player in the Asian jazz scene, having arrived in Hong Kong in 1992 from his native St Croix in the US Virgin Island by way of the United States, where he spent several years fine-tuning his talents as a jazz performer, teacher and festival coordinator. During that time he had worked as the artist-in-residence in several US states and earned the Seattle Arts Commission’s Individual Artist Fellowship in 1987 and the Jazz Composer Fellowship of North Carolina Arts Council in 1990.

Allen originally came to Hong Kong to play with the resident band at JJ’s, the Grand Hyatt’s popular nightclub of the 1990s, and had quickly become a major influence in Hong Kong’s fledging live music scene.

“I started working at the FCC as a replacement for the late, great Larry Allen, the FCC’s iconic Vietnam-era keyboardist, just before the Handover in ‘97. I had just finished a year of residency at the new Conrad in Singapore and had returned to Hong Kong to be a part of the historical event and what better place than the FCC.” Allen explains, “I was playing the early evening shift in the Main Bar and then heading over to the Peninsula Hotel for a night gig. One night I was approached by the late Hugh Van Es and Dave Garcia and asked if I would be interested in becoming the musical director of what was to become Bert’s. As they say, the rest is history.

“So many great musicians have come and gone since then, as have club members. Back then it was a mixture of Jazz, Latin and R&B. Tables were moved as people liked dancing and it was an “Oldies but Goodies” feel, but we kept evolving the music and introducing new musicians to a keep quality over quantity in play. Which seems to have worked since Bert’s is consistently rated in the top five venues in Hong Kong, even though it’s a private club, and the musicians keep coming as do the members and their guests.”

Allen doesn’t just sit on his laurels as the FCC Music Director, he teaches jazz piano, performs regularly at many of Hong Kong’s now prolific live music venues and has been responsible for a number of Jazz and music festivals, including two successful jazz festivals in the FCC, the Puerto Galera Jazz Festival and The Allen Youngblood Jazz Series at Grappa’s Country. He has also performed at the Hong Kong International Arts Festival, RTHK’s Town Hall Concert Series. Sydney’s Darling Harbour Jazz Festival and more recently toured with British Jazz vocalist Ian Shaw at the Blue Note in Beijing, and JZ Club, Shanghai, as well as regularly touring with his own band, Jazbalaya, in Thailand, Macau, Taiwan, Dubai and the US.

Allen has performed with many of the world’s Jazz greats, both in Hong Kong and overseas, and is a composer in his own right. He has four original CD’s to his credit, three of them written and recorded during his time in Hong Kong, and has collaborated with other artists on several more. He still plays regularly at Bert’s, as well as booking and managing the talented and extensive line-up of performers there, so check the online schedule and head down to experience the FCC’s very own jazz master at play soon.