News The Correspondent Beyond just funding: How ge... 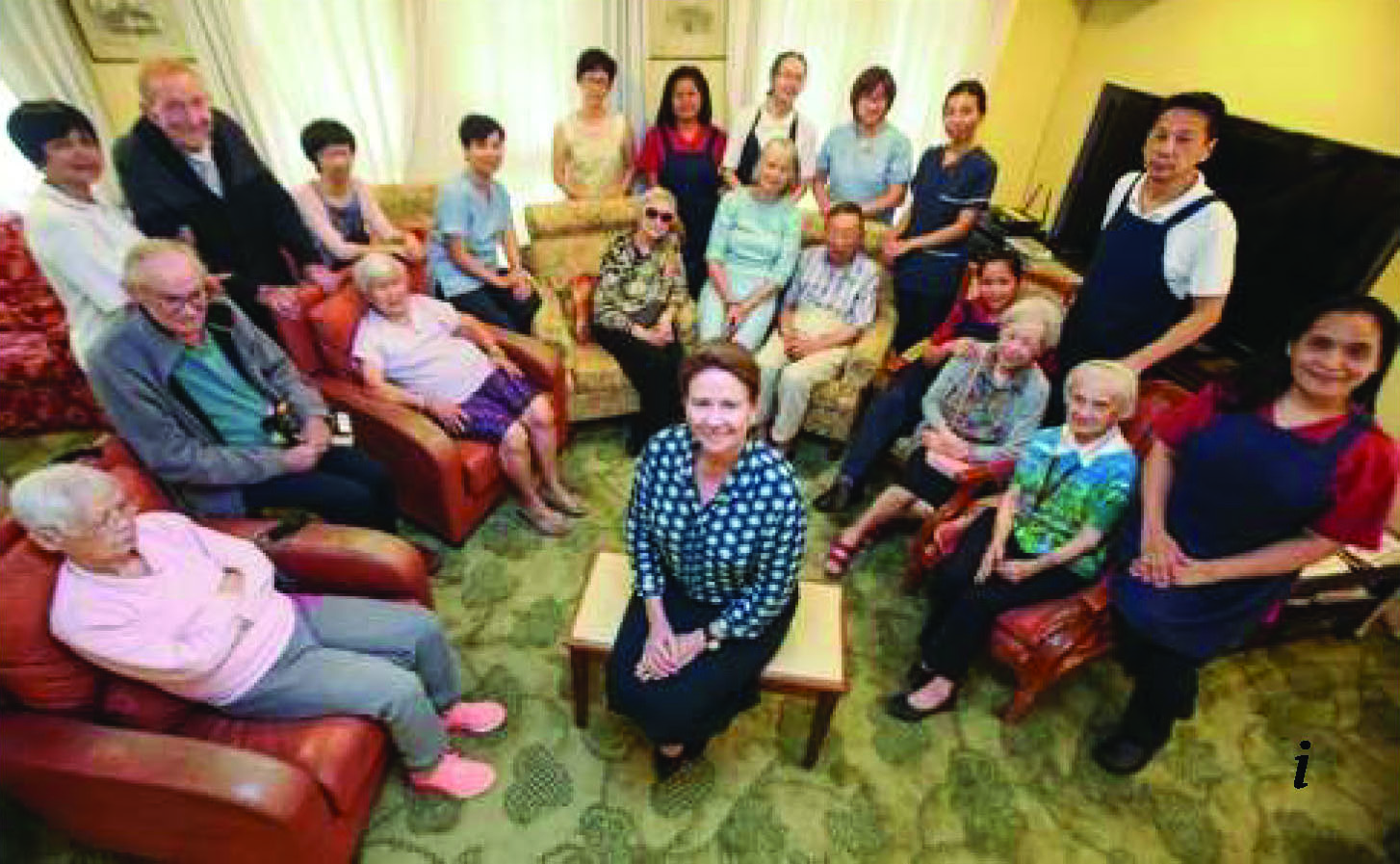 Beyond just funding: How generous FCC members have helped the China Coast Community

The Charity Committee’s goal is to go beyond simply providing funds for the good causes the Club supports. Club members are encouraged to give voluntary time, and to become actively involved in the cause. To benefit our current charity, China Coast Community, an elderly care home, the FCC organised a series of author talks, plus a visit for residents to the Club for tea.

General Manager Michele McGregor with some of the China Coast Community residents.

In September, residents heard from columnist and author, Philip Bowring, a long-time Club member who has lived in and written about Asia for 40 years. He spoke on his book, Free Trade’s First Missionary: Sir John Bowring in Europe and Asia, which details the life of his distant relative, a former Hong Kong governor. Sir John had an illustrious career in Europe and Asia, though is probably not widely known for some of his far-reaching achievements. Residents of the home were interested to learn of his exploits and expeditions and to see some of the rare books of his original writings, which Philip had collected.

Then in October, Club member Rachel Cartland shared some of her personal story, which is detailed in her book, Paper Tigress. Arriving in Hong Kong in 1972 as a fresh Oxford graduate to be one of the very few female expat civil servants in the Hong Kong government, she retired 34 years later after a career that spanned many government departments during crucial times in Hong Kong’s history. She was full of colourful stories about times residents could remember and be nostalgic about.

Also in October, the FCC hosted residents for tea in the Club’s Bunker. Long-term member, Sarah Monks, who is a wealth of knowledge on FCC history, spoke on the careers of some of the illustrious correspondents we have been fortunate enough to have had as members, including Clare Hollingworth, Richard Hughes and Anthony Lawrence.

In November, Vaudine England, another long-term FCC correspondent member and author of a book on the legendary Hong Kong character, Noel Croucher, shared with residents the history of his fascinating life.

“Many thanks go to those who have both spoken and donated their books to the China Coast Community,” said Charity Committee convener Elaine Pickering.

If you would be willing to give a talk to China Coast Community residents, who are always very grateful for interaction with FCC members, please let the Charity Committee know via Joanne in the Club’s Office.

Through the Club’s March fundraising Club-wide party, Hong Kong Remembers, more than HK$200,000 was raised to help replace the Home’s existing beds with surgical ones, as well as providing additional physiotherapy.

A hard choice for a good cause

For the first time, the FCC asked all Club members to be a part of the process to nominate the charity the Club would support during 2018. By the deadline in September, the Charity Committee had received 19 deserving submissions. Their range showed the depth of need across the city.

Several entries came with heart-felt, personal stories of how a particular charity had helped a Club member, or a child or relative.

All nominees had to address one of “the Three E’s”: namely elderly care, early learning or educational special needs. The committee was particularly looking to support a cause which concerned itself with those children and adults who may “fall through the cracks” in society, and one which may not be in receipt of large institutional funding.

An announcement will be made soon as to the recipient of FCC charitable support during 2018.