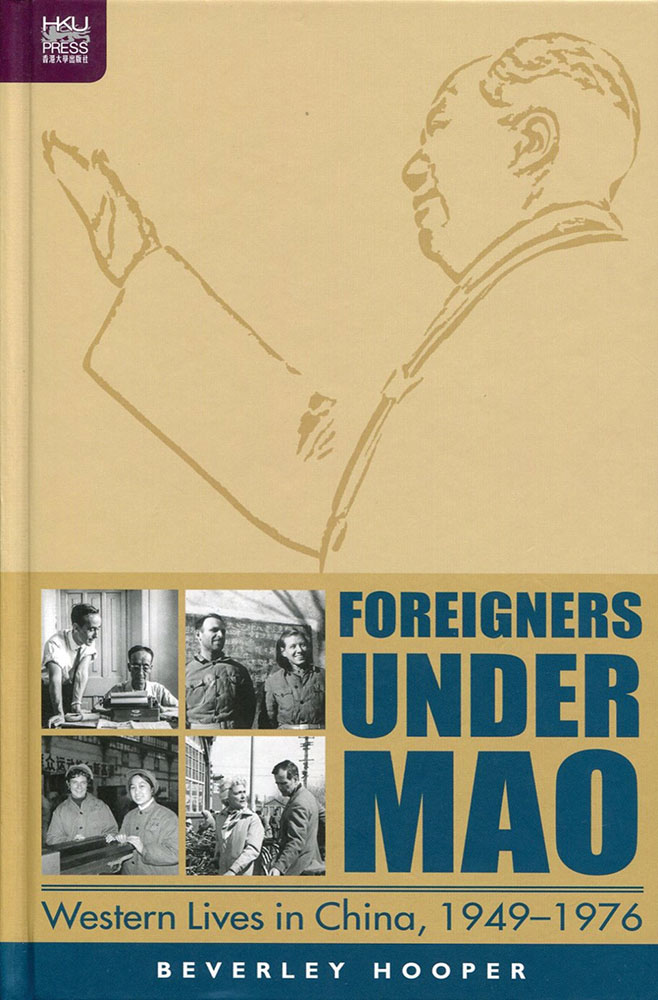 At last, a book about China has come along dealing with a topic about which I have some first-hand knowledge. The book is Foreigners Under Mao – Western Lives in China, 1949-1976. I was a foreigner under Mao, as a Reuters correspondent, briefly in 1971 and then for two years from 1972-74. The book’s author, Beverley Hooper, herself experienced life in Peking – as we all then called it – as a student from 1975-77.

However, in this fascinating and exhaustively researched book, Hooper has made extensive use of personal interviews – including with myself – memoirs, letters and archives and has succeeded in building up a picture that captures a great deal of the reality and also the flavour of living and working during the Mao era.

The book focuses on six groups of Westerners living in China, starting with “foreign comrades” and “international friends”, hard-core Peking loyalists often excoriated in the West as traitors or else derided as the “twilight brigade”, fantasists who regarded themselves as “holier than Mao”.

But the section of the book that is probably of most interest to FCC members is the one on Western reporters allowed to set up their stall in Peking, an initially tiny group that grew substantially in the 1970s as more Western countries established diplomatic relations with China.

“Regarded as a necessary evil to allow China to send a few of its own media representatives abroad, Western correspondents were in some ways even less welcome than diplomats,” the book says. “Embassy reports finished up in foreign office files but correspondents’ dispatches were in the public arena, potentially undermining the images of new China that the government was trying so hard to project.”

It was a journalistic environment scarcely imaginable now. While we rarely feared we would suffer the same fate as Reuters correspondent Anthony Grey, who was held captive for 27 months from 1967 in retaliation for Hong Kong locking up eight pro-China reporters, our Chinese government minders, while being almost unfailingly polite, were rarely inclined to make life easy for us.

Such was the absence of hard information one just had to accept the tough reality that huge events were doubtless taking place just over the horizon from where you were sitting in Peking, but there was no way of finding out what they were. The Chinese authorities did not have to deny that there was, for example, famine in Shandong province in 1973 because they made sure we never found out that such a disaster had occurred. Which, as it transpired years later, it had.

To cite just a few examples of the constraints and frustrations facing a foreign correspondent in Peking at the time: we had just one telephone number for the entire government, were allowed to read only two daily newspapers, could not move far from Peking without obtaining often hard-won permission. In addition, crucially, we had no informal Chinese sources or indeed Chinese friends. Chinese people were under severe pressure not to associate with foreigners.

Like all foreigners we were kept in what Hooper calls a state of “privileged segregation”, the privileges being that we had access to better food and accommodation than those available to the general Chinese public.  As Australian correspondent Margaret Jones aptly headlined the first story she wrote from China: “Peking – Another Planet.”

Filing stories meant handing in sheets of typed paper at the cable office, where words were laboriously counted and then sent, very slowly, to our editors. There were no direct flights to Hong Kong and even phone calls to the outside world were hit-or-miss affairs.

As was endlessly pointed out by outsiders at the time, a reporter based in Hong Kong could discover far more about what was happening in China than us in the Chinese capital, so what was the point of us being there? Even the late great David Bonavia, the first resident correspondent for the London Times, expressed doubts about “the  worthwhileness of the whole exercise”. However Gerd Ruge, Die Welt’s correspondent, took the view that for “general facts and statistics” a correspondent was better off in Hong Kong, “but for the mood of the country and how it works, it’s much better here.”

And, as the book points out, one consolation was that Peking was a great dateline to have at the top of your stories. For example, there was an immense appetite outside China for copy about what life was like. So we wrote lots of what some China-watchers in Hong Kong dismissively referred to as sights, smells and sounds stories.

But there was also plenty of serious stuff.  For example, a procession of world leaders was beating a path to China’s door. There were endless state banquets at the Great Hall of the People for the visitors, and we were allowed to attend, giving us at least glimpses of the line-up of the Chinese leadership. And, very occasionally, we got to speak to some of them. They included Premier Zhou Enlai, whose failing health during my time in Peking was the subject of endless speculation. I managed once to ask him, in my less than fluent Chinese, how his health was, He replied “Ma ma hu hu,” a common idiomatic expression meaning literally “Horse horse tiger tiger,” but actually meaning “So so.” Zhou went on to say something about being forced to cut back on his workload. A small, but important, news nugget.

Like Western correspondents in other difficult places, we were a fairly close-knit bunch who often shared information and opinions, particularly about opaque editorial utterances in the People’s Daily about a running leadership feud, and socialised with each other.

However, as the book relates, that cosy comrades-in-arms togetherness broke down, among the British correspondents at least, during one of China’s truly climactic events of that era. Soon after Mao died in 1976 rumours circulated about the arrest of Mao’s widow Jiang Qing and the rest of the Gang of Four radicals. A British embassy diplomat briefed Reuters bureau chief David Rogers (my successor) and the Daily Telegraph’s Nigel Wade saying the embassy had received information about the arrest from a “reliable informant”. Reuters believed it had a “gentleman’s agreement” with Wade to embargo this sensational news until it could be confirmed. But Wade went ahead and reported his “scoop”, winning wide acclaim. Reuters naturally cried foul, saying Wade broke the agreement. But Wade said: “News reporting is no game for gentlemen. My job was to report the news when I had it, not to set up tin pot embargoes. I was not party to any agreement…”

So at the tail end of the Maoist era the familiar, ruthlessly competitive dog-eat-dog world of journalism had well and truly arrived in Peking, perhaps making it not quite such Another Planet.