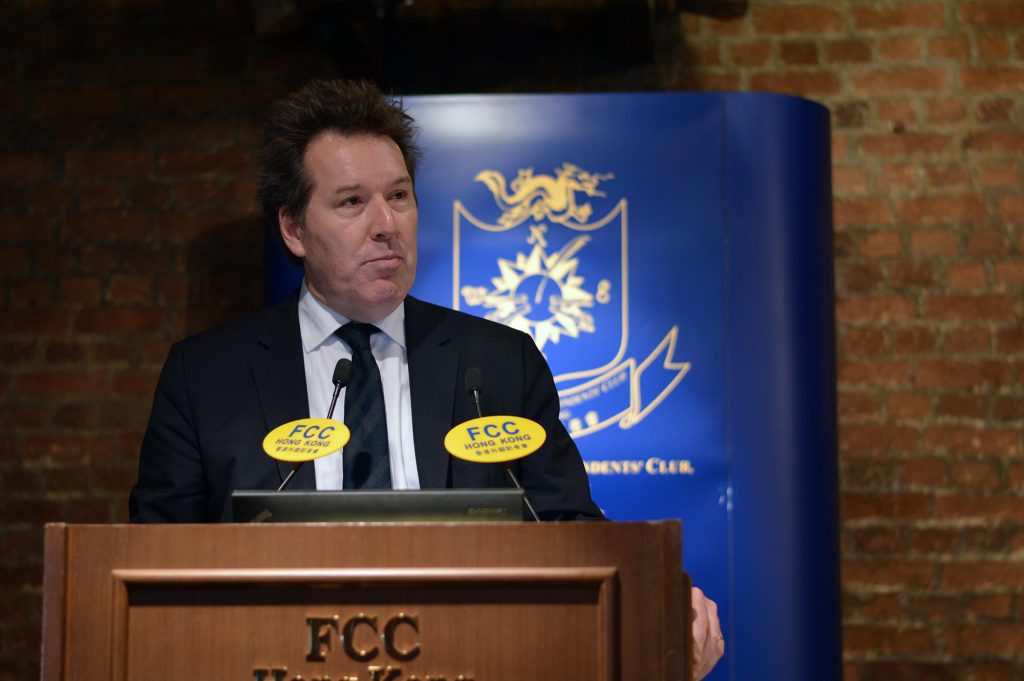 Book review – Grave New World: The End of Globalization, the Return of History

“… we are all, in some sense, slaves to our own versions of history. For those of us living in the West, we have found it all too easy to claim that our own good fortune will continue and that, in time, it will inevitably spread far and wide. It’s time to wake up to reality.” Stephen King.

Stephen King in his book “Grave New World” argues that globalisation has pretty much run its course.

One of the great, and to date unanswered, puzzles is whether the politicians in democracies who promoted, supported and maintained what we generally call globalisation really believed it would benefit the majority of their fellow citizens. Did they imagine cheap consumer items and clothing, coupled with the often illusory promise of greater employment through export opportunities into previously closed or restricted markets would offset the loss of stable jobs and the consequent fragmentation of labour, communities and social cohesion? Finally, did they imagine they could get away with encouraging polices that were clearly going to inflict real pain on key sections of the electorate while relying on the ‘democratic’ cover required to maintain the status quo and what passes as, at least for them, prosperity and stability?

It is hard to comprehend any event or movement, outside the 20th century’s two world wars, that has created greater economic disruption and political instability at so many levels of society across the world than the impact of globalisation. Sold as a means of expanding global economic activity in the aftermath of the Cold War, globalisation’s vaunted benefits are increasingly being overwhelmed by its impact on established patterns of employment, however inequitable they may be, and the social structures they support.

The steady erosion over the past few decades of what is now seen as a ‘golden age’ by many of those dispossessed or marginalised by what they view as globalisation’s remorseless pursuit of a lower price and cheaper deal has led dormant seeds to flower, producing the bitter fruits of nationalism, division and sometimes self-destructive blind rage. During its short span globalisation has been transformed – not least for its promoters and beneficiaries – from an opportunity to a risk within many mature Western economies.

The winners of what to many has become a binary contest are those workers, mainly in East, Southeast and South Asia, who experienced a rapid introduction to steady and growing incomes. While the immediate material benefits of globalisation are clear, the consequences of either de-globalisation or the demands of Western voters for a restoration of what they view as ‘their’ lost opportunities, are now emerging. On-shoring, robotics, 3D printing and other emerging policy or technological developments further threaten the globalisation boom over the next few years, with few obvious employment alternatives able to absorb the laid-off workforce.

A recent International Labour Organisation study, for example, estimated that up to nine million workers in Southeast Asia’s garment, clothing and footwear sector would be replaced by so-called ‘sewbots’ by 2030. The reality is that millions of mainly young women, often the sole wage earner and almost certainly in debt, will lose their jobs long before this hypothetical deadline, leading to untold disruption in countries where the space between stability and volatility is often wafer thin at the best of times.

Grave New World: The End of Globalization, the Return of History by Stephen D. King

Stephen King’s Grave New World: The End of Globalization, the Return of History covers all these and many other issues. The book’s dystopian premise offers the author the opportunity to demonstrate his erudition and ability to draw in multiple sources to reinforce the case that globalisation has, in all likelihood, pretty much run its course.

In making his case King, a senior economic advisor to HSBC, traces the course of globalisation through narrative rather than Quantish-friendly charts/graph dependency, demonstrating the advantages of a classical education – he has a PPE from Oxford and is an accomplished pianist – over the more technical economics/business route.

The somewhat triumphant ‘Return of History’ embedded in his book title is borne out by much of his analysis, which is often closer to anthropology than economics in the recognition that primarily and ultimately the wealth – or poverty – of nations rests mainly with human behaviour and all its attendant prejudices, preferences, fears and desires.

Animal spirits have, to borrow from Lenin, served as the locomotive of economic history and continue to do so despite the technological means to accelerate the speed of transactions to the point where the length of a computer cable can determine whether your competitors have a trading edge.

King divides his book into four sections, starting with the historical underpinnings of globalisation, moving on to the inevitable friction between capital’s priorities and the nation state’s amour propre, its impact on society – not least through the emotive and politically charged issues of immigration and offshoring employment – to conclude with what he sees as its inevitable morphing into another set of international economic arrangements needed to quell dangerous nationalist and nativist sentiments and movements.

King’s wide range of interests is evident in his use of precedent to contextualise past cycles of what may be seen as analogous to globalisation, offering insight and some comfort to those disturbed by what may appear to be unique events. For example, he references the relatively swift erosion of Islamic Spain in the 13th century and the eventual Reconquista by Christian forces and the subsequent ‘discovery’ of the Americas by Columbus as elements in the destructive/creative process that has shaped – and continues to shape – our economic, political and cultural environments and individual lives.

For the busy – or merely baffled – journalist looking for background and insights into what remains the macro-economic story of our age, or the financial services worker unsure of their industry’s past foibles and potential future challenges, King’s well-written and frequently wry book serves as an accessible and handy reference tool. In the spirit of his chosen book title, one of King’s more striking observations that doubles as a warning serves to wrap this review.

“I argue throughout this book, we are all, in some sense, slaves to our own versions of history. For those of us living in the West, we have found it all too easy to claim that our own good fortune will continue and that, in time, it will inevitably spread far and wide. It’s time to wake up to reality.”

Grave New World: The End of Globalization, the Return of History by Stephen D. King is published by Yale University Press.