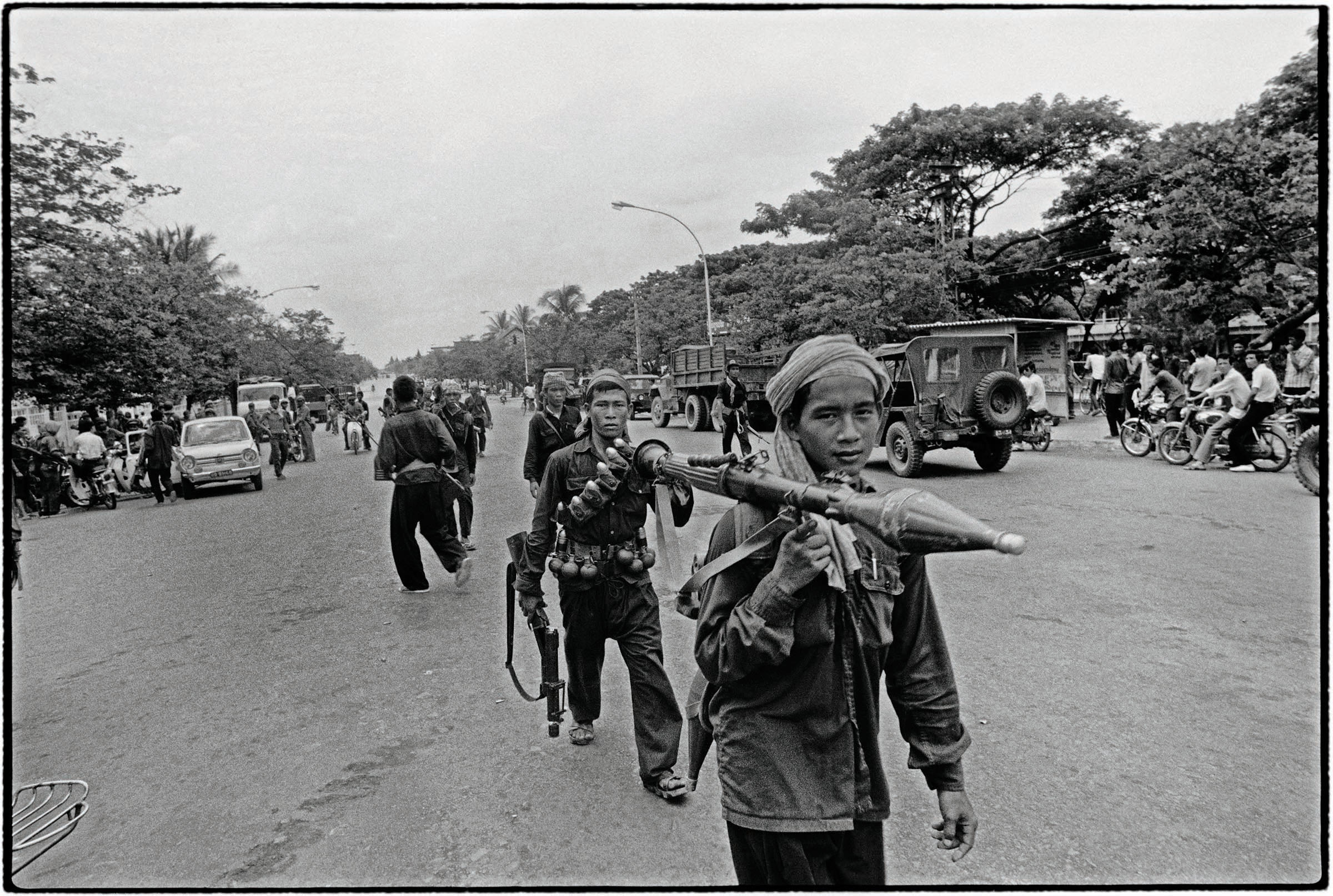 With the end of the Vietnam War, a new chapter in human suffering is about to be written.

This time, the victim is a little-known country of fewer than ten million people. After more than four years of civil war fanned by the wider American involvement in neighbouring Vietnam and Laos, a radical group of Cambodian ultra-revolutionaries known as the Khmer Rouge are now in control of the once-peaceful Kingdom.

The last act came with the fall of the capital Phnom Penh. I had been working in Cambodia as a young photo-reporter. As a result, I was able to document the events in those fleeting hours and moments.

These images retrace what happened before and on April 17 from the photographs that I was able to smuggle over the border.

Forty years on, a new country is emerging. But this nation is born out of the tragic events of that day, which are engraved on every Cambodian’s mind.